10 Herbs and Spices You Should Use 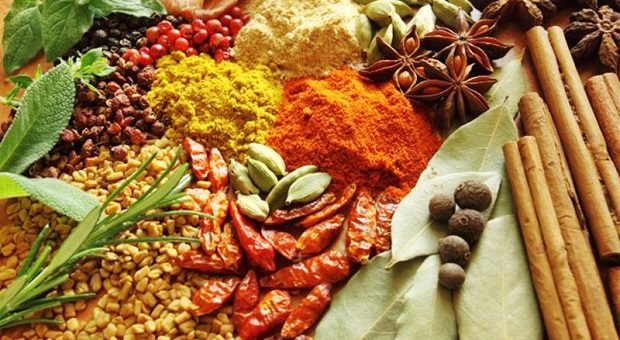 Most people assume that herbs and spices are used simply to make their dishes look and taste great. Although they are right in a way, these ingredients have other benefits aside from making your meals scrumptious.

There are several spices and herbs that provide numerous health benefits and if you are thinking of stocking your pantry with these spices, you might want to check these herbs and spices first.

1. Dried Red Pepper.
Red peppers contain the compound Capsaicin which is the source of heat for these chilies. Not only do dried red peppers give your pasta or pizza that burn your taste buds are looking for but they are also useful in lowering your risk of suffering from different types of cancer such as colon and skin cancer. Studies also show that taking dried red pepper during meal times reduce your calorie intake. One of the numerous benefits of sage is that it is good in enhancing memory which is handy for those who have mild Alzheimer’s. The rosmarinic acid found in sage not only acts as an antioxidant but also works as an anti-inflammatory for the body. Sage can also lower triglyceride and cholesterol levels and is often used by women who are at their menopausal stage.

3. Nutmeg.
The antibacterial compounds found in nutmeg come in handy when it comes to fighting salmonella, E.coli, and listeria. Try mixing nutmeg with sweet potatoes, soups, or even chicken dishes.

4. Cinnamon.
This herb stimulates the appetite and digestion. It is also useful in relieving indigestion, upset stomach, nausea, diarrhea, and even excess wind. Cinnamon is also handy when it comes to stabilizing blood sugar levels which makes it a useful spice for those with diabetes. Aside from high levels of antioxidants, cinnamon also contains glutathione which enhances circulation. Cumin contains antioxidants and anti-inflammatory properties that help stem the growth of tumors. You can use cumin as a rub for meats or add a dash of it in your tacos.

6. Oregano.
You’re probably familiar with this herb which is a good source of vitamin K and antioxidants which are essential in fighting infections as well as improve blood clotting and bone density. Since oregano contains anti-inflammatory and antimicrobial properties, it is often used as treatment for respiratory and gastrointestinal problems, menstrual cramps, as well as urinary tract disorders. It can also be applied topically to cure acne and dandruff.

7. Turmeric.
Curcumin, which is turmeric’s active ingredient, is known for its ability to prevent the occurrence of type 2 diabetes as well as halt cancer in its tracks. Add turmeric in curry, stews, and even soups. Coriander seeds are known to stimulate secretion of insulin to help reduce blood sugar levels. Coriander can also minimize cholesterol levels by lowering LDL cholesterol while enhancing HDL cholesterol which is the good cholesterol. It is also acts as a natural antibiotic and can be used to fight salmonella which is a typical food borne disease.

9. Rosemary.
Students will do well to include rosemary in their diet as it can help boost their concentration and memory, not to mention reduces their stress levels. It is also known to alleviate heartburn and indigestion, improve blood circulation, and can even boost hair growth when applied topically. Rosemary is known for its antimicrobial properties and high amounts of antioxidants.

10. Cayenne pepper.
This spice is commonly used in many detox and cleansing programs to aid in boosting circulation as well as enhance digestion by stimulating secretion of enzymes and stomach acids. Cayenne is also effective in combating flu and colds because it helps clear up any mucus congestion and relieve cough and sore throat. For those who want to lose weight, add cayenne to your diet as it is known to reduce appetite while at the same time increase metabolism. Cayenne is also capable of stabilizing cholesterol and blood sugar levels.

As you can see, these spices and herbs can do more than just make your dishes flavorful. They are also capable of providing you with numerous health benefits. Check your herb and spice rack and see whether you have any in this list. If not, you know what to get the next time you buy groceries.

Get Rid of Eye Bags or Puffy Eyes the Natural Way