10 Reasons You Should Avoid to See Work Out Results 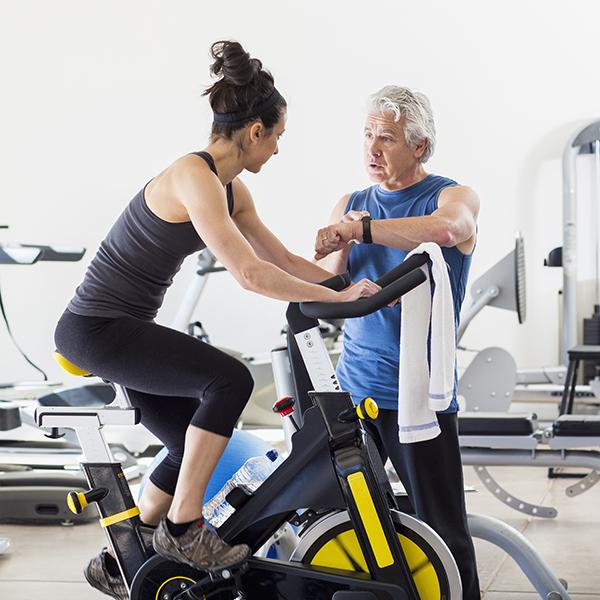 Some studies revealed that your genetic makeup actually play a role in your agility, flexibility and motivation in working out. According to “Faster, Higher, Stronger: How Sports Science is Creating a New Generation of Super Athletes — and What We Can Learn from Them” author Mark McClusky, one’s DNA play a critical role at allowing or constraining athletic abilities such as strength, endurance and speed.

A person’s DNA is also seen to be a factor at his motivation and reaction to different work outs making a one program perfect for one person, but ineffective for another.

Fortunately, experts are working on a run-around these facts to help professional and amateur athletes improve their game and bag those sought-after medals. Here are 10 of the ways how your genes are holding you back—and what to do to work around them.

1. Not Overcoming Competition
Even if not everyone plays to win, some actually do. And it becomes very frustrating for those who think that this matters whenever they fail to do so—especially if they have particular competitors that they badly want to beat.
According to David Epstein, the author of “The Sports Gene: Inside the Science of Extraordinary Athletic Performance, a person who wishes to win every time they play a sport should consider a sport is best for his particular body type since DNA determines which one an athlete can excel at.

2. Health is not Improving
Many believe that exercising help prevent some illnesses such as diabetes, high blood pressure and cancer. However, this may not be true to everybody since—like aspirin and other medicines—effects of exercises vary from one person to another, says Epstein.
In order to remedy this, you may talk to your doctor and find out how you can tweak your routine to suit your particular body type. Experts believe that treating your exercise regimen as a sort of experiment is the best way to go through with this since scientists still haven’t figured out why some people respond weakly to a particular exercise. McClusky says it is best to include at least one or two fitness goals that you should be able to achieve within a few weeks. If these goals haven’t been reached by then, you must change your approach again and start from the beginning.

3. Slow Reaction Time
Hand-eye coordination is very important when it comes to some particular sports like tennis or baseball. A slow response time may not always be because you are tired. Almost usually, this is because of a person’s eyesight. While some have normal depth perception, eyesight and ability to detect contrast, others have superior skills which make them better at those particular sports.
Because of this, it is always a good habit to visit your ophthalmologist regularly to determine the natural limit of your vision. But much like the lens of a camera, the quality of a person’s eyesight can also be enhanced through the use of glasses or contact lenses.

4. Plain Ol’ Slow
Experts linked one’s speed to a number of genes, such as one known as the ACTN3. According to Epstein, these genes also affect the quality of the balance of fast and slow-twitch muscle fibers which determines how explosively a person can move.
However, these speed genes are not really very necessary if you are not a varsity of sprinting events. According to Esptein, this means that a person who runs, rides a bicycle or swims can gradually improve their speed before hitting their limit. A research published in the journal “Medicine & Science in Sports and Exercise” revealed that cutting back on your exercise at about 60 to 90 percent would actually boost your performance by about 2 to 3 percent.

5. Dragging After Workout
Scientists discovered that a person’s genetic makeup plays a critical role at how quickly a person recovers. As you work out extensively, more muscles are damaged. The body’s response to this is what makes a person’s ability enhanced. Some people have more cells that are responsible to repair muscular damage, leaving them the capacity to quickly recover from an intense work out.
Experts advise that you sleep after working out because during this time, repairing and rebuilding of the damaged muscles in the body is faster because of the release of the human growth hormone that is known to strengthen your muscles and bones. Regular people need seven to eight hours of sleep, but athletes, such as basketball players, benefit more from sleeping two hours more, says a study from the Stanford University.

6. Start Strong but Fade Fast
A person’s endurance can also be determined by his DNA. This is because the limbs you were born with can determine how long you can endure running or walking. According to Epstein, people with thinner limbs can endure longer because they carry lesser weight away from their center of gravity.
However, those who do not have this advantage can also improve their endurance through strength exercises. According to McClusky, increasing the frequency of your running or walking regime can help increase one’s endurance. After doing this, experts also advise athletes to undergo strength exercises especially for the quads, glutes and hamstrings to allow your lower limbs to push against the ground with more force.

7. Breathlessness
Most of a person’s cardio ability is linked to the V02 max, experts stated. This ability determines the amount of oxygen a person’s muscles use to create the energy needed to function. The higher one’s V02, the longer time it takes for him to experience breathlessness. A recent study on exercise genetics dubbed as the “HERITAGE Family Study” revealed that the V02 max is connected to a person’s genetic make-up. It also discovered that a ratio of 10 to 1 out of 20 people was born more fit than usual.
Specialists believe that V02 can be enhanced through adding exercise activities at high-intensity intervals per week, where the body is pushed very hard for at least 30 to 60 seconds. After this period, you should rest with the same length of time before repeating the exercise.

8. Lack of Flexibility
Ehlers-Danlos syndrome, a rare mutation this condition affects one’s flexibility in a good yet abnormal way, allows a person to be able to touch the tip of his tongue to his nose or bend his fingers all the way backwards. That is because this condition makes the skin, blood vessels and joints become hypermobile, and therefore, affects a person’s bendiness. Experts say this condition can be linked to a person’s DNA, noting how certain strains of DNA produce collagen which strengthens and supports the skin and other tissues.
Those who do not have this special ability are advised to make the most out of their “stiffness.” It just takes proper pondering to determine which sports they can excel in, like running. The fastest runners, says Epstein, are those with tight hamstrings. However, those same people are advised to stir clear from activities that require touching their toes such as yoga or gymnastics.

9. Difficulty in Toning Up
Experts from Birmingham examined 66 people after undergoing a lower-body weightlifting program for four months and found out that about half of them experienced increased muscle fiber by about 25 percent while a quarter of them had bigger muscle mass. The rest experienced no change at all.
Since your body’s reaction to weightlifting may differ from that of your gym buddy, mixing up your routines can help determine how your body reacts to this kind of exercise.

10. Hate Working Out
Some people just cannot hold on to their exercise routine while others seem to be born to be fitness instructors. This is true, in a way, since a person’s genes actually affect his motivation to move, says a research review in 2011 published in the Journal of Nutrition.
Epstein advises these people to have more motivating gym activities through joining exercise groups or making it more fun to remove that feeling of exerting extra effort.