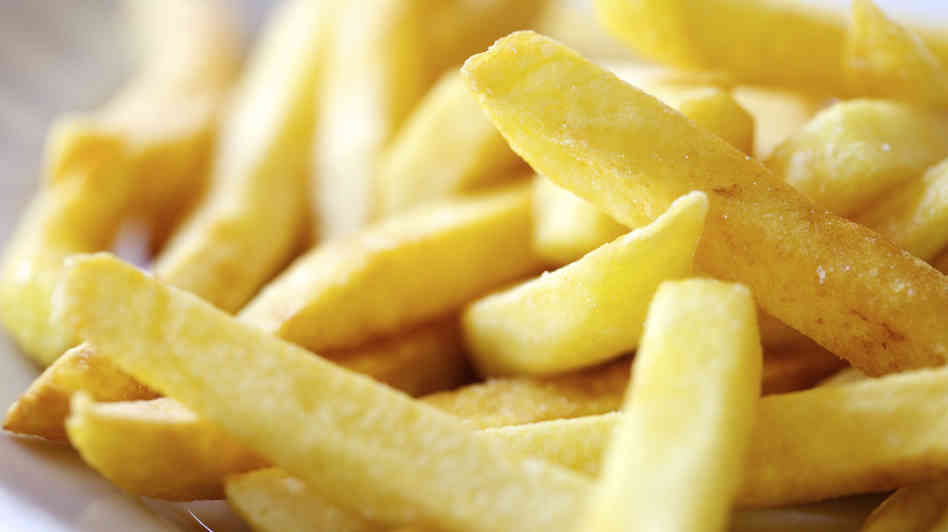 Fries are undoubtedly one of the world’s most delicious foods.

More than 2 million tons of French fries are eaten every year.

Is there anyone who doesn’t like French fries? There are few things better in life than the wafting smell, the golden color, the crunchy first bite, and the light fluffiness of a French fry. And believe it or not, this simple fried potato has quite an interesting history.

Should they even be called ”French” fries? Belgians claim to have invented ”Frites” and there is an ongoing disagreement between the Belgium and France over its true origin. Some also believe that the fry may have first been introduced in Spain via Colombia.

2. McDonald’s is the Driving Force

Around seven per cent of the potatoes grown in the U.S. end up being sold by McDonald’s. They sell more than ⅓ of all the French fries sold in restaurants in the U.S. each year.

3. Packin’ on the Pounds

The average American eats 30 pounds of French fries per year. You’re going to need a lot of ketchup.

The earliest known reference to French fries in English literature is in A Tale of Two Cities. Charles Dickens refers to “Husky chips of potato, fried with some reluctant drops of oil”.

Thomas Jefferson gets the credit for introducing French fries to America when he served them at a White House dinner in 1802 after reportedly requesting, “potatoes, fried in the French manner.”

The U.S. eats more fries than any other country, but Belgians consume more French fries per capita.

The Fries Museum, or Frietmuseum, in Bruges, Belgium is the first and only museum in the world dedicated to potato fries.

The world’s largest “French fry feed” is held every year in Grand Forks, North Dakota, during Potato Bowl USA; more than 5,000 pounds were eaten there in 2012!

READ  Size Does Matter: How Much Fat Is Healthy?

Stealing your partner’s French fries is reportedly one of the biggest reasons for quarrels in restaurants.

READ  Size Does Matter: How Much Fat Is Healthy?
Previous articleTop 10 Beauty Habits You Should Practice Every Night
Next article5 Food Mistakes That Hurt Your Skin

Top 10 Tips for a Healthy Vagina Listen ladies, you only have one feminine region. Making sure it is healthy is important. Protect your vagina...
Read more
Daily Health Tips

5 Warning Signs You Are Not Getting Enough Protein

7 Crazy Things That Happen During Sleep

Sleeping is a weird human experience. We need it every day to keep us functioning and mentally stable. You’re in a short term coma...
Read more

How Can I Stop My Addiction to Salty Foods?