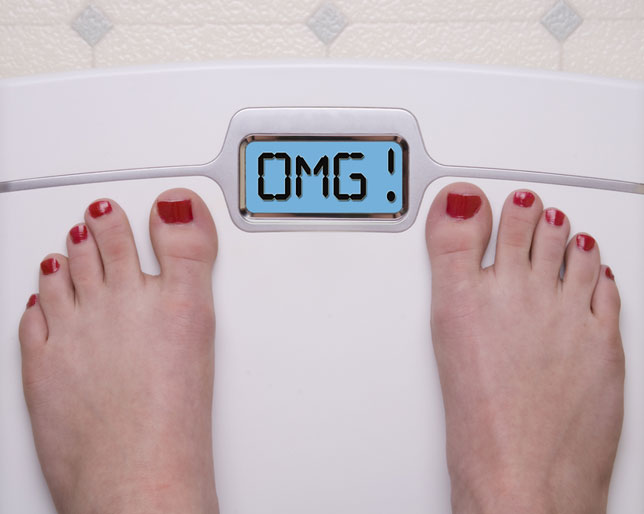 So you’re eating well, working out, and that number on the scale still won’t budge. Even worse: Between tailgating season, Halloween, and the holidays, losing weight is about to get even harder. There is good news, though. You can take control. Just eliminate these surprisingly destructive habits and the sneaky foods that are responsible for destroying your diet.

1. You Eat with Your Hands

A new study suggests that people who use tongs to serve themselves food actually eat about 30 percent less of it.

2. You’re Drinking Too Much

Most people overlook liquid calories entirely, says Felicia Stoler, registered dietician and author of Living Skinny in Fat Genes. So don’t expect to notice when a seemingly single-sized juice can or bottle actually contains two or three servings—and two to three times more calories. Your best bet: Replace juice with water, and eat your calories instead of drinking them, she says.

Most fruit-flavored yogurts—and plenty of other healthy-sounding foods—are sweetened with fructose. But unlike other sweeteners, this one doesn’t tell your brain you’re full, according to a new study. The result: You end up eating way more calories than your body actually needs.

4. Your Fave Team is Losing

Turns out, you’re more likely to binge eat the day after your sports team bombs a big game, according to a 2013 French study.

5. You Hit Up Happy Hour—A LOT

People don’t realize just how many calories they drink, says Stoler. What’s more, the alcohol in your cocktail can reduce your inhibitions, so you hit the happy hour menu (hello, nachos!) even harder.

6. You’re Overdoing It at Breakfast

While the standard serving size for cereal is about two-thirds of a cup, breakfast bowls can hold much, much more. So when you fill yours to the brim with cereal, and top it off with milk, you could be eating twice as many calories as you think—or more.

7. You Treat Yourself a Little TOO Often

When you indulge in sweet or fatty foods like ice cream regularly, you end up craving larger portions to feel satisfied, says Stoler. Need a sweet treat every day? A new study published in the journal Food Quality and Preference found that a few bites really will satisfy you just as much as a larger serving.

When you cut out whole food groups (like carbs or fat, for instance) you set yourself up to binge eat them the next time you let yourself splurge. So instead of crossing them off your grocery list, entirely, learn how to manage your strongest cravings

9. You Order the “Regular” Size

Think you’re in the clear because you downsized your large order of fries? Turns out, people actually consume more calories when they order regular-sized menu items than when they order portions advertised as “double-sized”, according to a new study.

10. You’re Staying Up Too Late

People who hit the sack on the late side tend to eat more high-fat and high-calories foods than those who tuck in earlier, according to a recent study. No wonder they also gain more weight.

11. You Think Working Out Gives You A “Pass”

Exercising can make you want to eat more—but that doesn’t mean you should, says Stoler. And it doesn’t help that most people grossly overestimate the number of calories they torch at the gym. The good news: Picking up the pace might actually decrease foods cravings, according to a new study.