12 possible Heart Symptoms You Should Know

Heart disease is the No. 1 killer of U.S. men and women, accounting for 40% of all U.S. deaths. That’s more than all forms of cancer combined.

Why is heart disease so deadly? One reason is that many people are slow to seek help when symptoms arise. Yes, someone gripped by sudden chest pain probably knows to call 911. But heart symptoms aren’t always intense or obvious, and they vary from person to person and according to gender.

Because it can be hard to make sense of heart symptoms, doctors warn against ignoring possible warning signs, waiting to see if they go away, or being quick to blame them on heartburn, muscle soreness, or other less serious, noncardiac causes. That’s especially true for people over 65, as well as for people with heart risk factors, such as high cholesterol, high blood pressure, obesity, smoking, diabetes, or a family history of heart disease.

“The more risk factors you have, the higher the likelihood that a symptom means something is going on with your heart,” says David Frid, MD, a cardiologist at the Cleveland Clinic. “People often don’t want to admit that they’re old enough or sick enough to have heart trouble. Putting off treatment for other medical problems might not be so bad, but a serious heart problem can mean sudden death.”

Here are a dozen symptoms that may signal heart trouble.

1. Anxiety. Heart attack can cause intense anxiety or a fear of death. Heart attack survivors often talk about having experienced a sense of “impending doom.”

2. Chest discomfort. Pain in the chest is the classic symptom of heart attack, and “the No. 1 symptom that we typically look for,” says Jean C. McSweeney, PhD, RN, associate dean for research at the University of Arkansas for Medical Sciences College of Nursing in Little Rock and a pioneer in research on heart symptoms in women. But not all heart attacks cause chest pain, and chest pain can stem from ailments that have nothing to do with the heart.

Heart-related chest pain is often centered under the breastbone, perhaps a little to the left of center. The pain has been likened to “an elephant sitting on the chest,” but it can also be an uncomfortable sensation of pressure, squeezing, or fullness. “It’s not unusual for women to describe the pain as a minor ache,” McSweeney says. “Some women say the pain wasn’t bad enough even to take a Tylenol.”

Women, more so than men, can also experience a burning sensation in their chest, rather than a pressure or pain.  “Sometimes people make the mistake that the pain comes from a stomach problem,” says Nieca Goldberg, MD, clinical associate professor of medicine at the NYU Langone Medical Center in New York City and another expert on women’s heart symptoms.

3. Cough. Persistent coughing or wheezing can be a symptom of heart failure — a result of fluid accumulation in the lungs. In some cases, people with heart failure cough up bloody phlegm.

4. Dizziness. Heart attacks can cause lightheadedness and loss of consciousness.  So can potentially dangerous heart rhythm abnormalities known as arrhythmias.

5. Fatigue. Especially among women, unusual fatigue can occur during a heart attack as well as in the days and weeks leading up to one. And feeling tired all the time may be a symptom of heart failure.

Of course, you can also feel tired or fatigued for other reasons. How can you tell heart-related fatigue from other types of fatigue?

“If you don’t feel well and all the wind is knocked out of your sails, don’t try to figure it out on the Internet or from a book,” says Goldberg.  “Wasting time is dangerous.”

6. Nausea or lack of appetite. It’s not uncommon for people to feel sick to their stomach or throw up during a heart attack. And abdominal swelling associated with heart failure can interfere with appetite.

7. Pain in other parts of the body. In many heart attacks, pain begins in the chest and spreads to the shoulders, arms, elbows, back, neck, jaw, or abdomen. But sometimes there is no chest pain — just pain in these other body areas like one or both arms, or between the shoulders.  The pain might come and go.

8. Rapid or irregular pulse. Doctors say that there’s usually nothing worrisome about an occasional skipped heartbeat. But a rapid or irregular pulse — especially when accompanied by weakness, dizziness, or shortness of breath — can be evidence of a heart attack, heart failure, or an arrhythmia. Left untreated, some arrhythmias can lead to stroke, heart failure, or sudden death.

9. Shortness of breath. People who feel winded at rest or with minimal exertion might have a pulmonary condition like asthma or chronic obstructive pulmonary disease (COPD). But breathlessness could also indicate a heart attack or heart failure.

10. Sweating. Breaking out in a cold sweat is a common symptom of heart attack. “You might just be sitting in a chair when all of a sudden you are really sweating like you had just worked out,” Frid says.

11. Swelling. Heart failure can cause fluid to accumulate in the body. This can cause swelling (often in the feet, ankles, legs, or abdomen) as well as sudden weight gain and sometimes a loss of appetite.

12. Weakness. In the days leading up to a heart attack, as well as during one, some people experience severe, unexplained weakness. “One woman told me it felt like she couldn’t hold a piece of paper between her fingers,” McSweeney says. 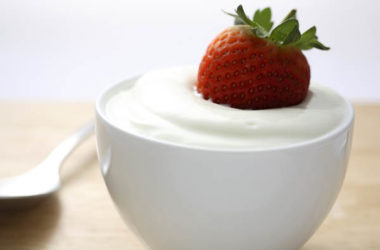 Yogurt is a fantastic summer food. Aside from the fact that it provides protein, calcium and other nutrients… 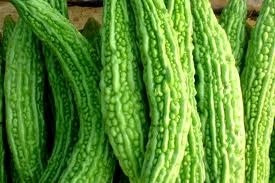 According to Dr. Frank Shallenberger, when it comes to fighting cancer, he’s always looking for natural substances that… 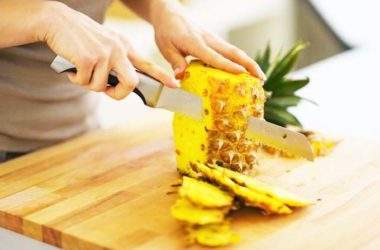 Pineapple is one of the known tropical fruits people know today. It is an edible multiple fruit that…