12 Tasty Substitutions You Can Try When Cutting Carbs 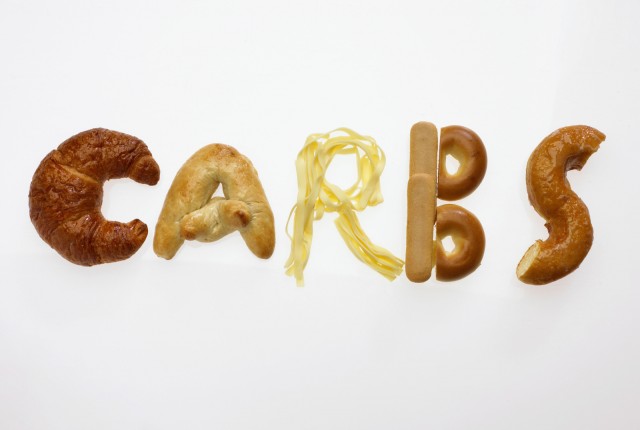 Hypoglycemia or Low Blood Sugar: What You Need to Know About It

How to Get Sparkling Eyes Naturally

Are you on a low carb diet? Missing yummy carbs? Don’t break your diet by eating that pasta. Here are some really delicious and genius substitutes to carbs!

Zucchini slices instead of lasagna noodles. Saves you an extra 36 grams of carbs.

Zucchini slices give you better texture than the regular noodles. Cut up zucchini slices and lay on a non-stick tray or baking sheet. Bake it for 20 minutes in 425 degree oven. When the zucchini is baked you get a firm sheet that you can use as a substitute to your regular lasagna recipe. For a healthier choice, make a vegetable lasagna.

Summer squash instead of potatoes. Saves you an extra 15 grams of carbs.

If you have ever eaten a summer squash you’d notice the taste resemblance to potatoes. Create squash hash brown by grating the squash and adding egg. Make a patty size portion and fry them over some olive and Ta-da a healthy low carb hash!

It may not be as crispy as your regular hash, but it tastes the same and has lower calories.

Cauliflower instead of potatoes.  Saves you an extra 30 grams of carbs.

Here is another potato based dish that can be replaced with a low carb ingredient. Steam cauliflower and spray in some healthy low fat butter or butter substitute. After making sure that the butter is spread evenly add some nonfat half and half, then puree everything. You’ll already notice the mashed potato texture, add some roasted garlic, pepper, salt and sour cream for added taste.

Oatmeal and cottage cheese instead of pancake mix. Saves you an extra 45 grams of carbs.

You won’t even notice the difference with this yummy alternative. Use a one fourth cup of low fat cottage cheese, two eggs, vanilla extract, nutmeg, half cup of oatmeal and cinnamon. Blend everything until smooth. Then cook everything like a normal pancake. Add low fat syrup.

Spaghetti squash instead of spaghetti noodles. Saves you an extra 30 grams of carbs.

A cooked spaghetti squash is like Mother Nature’s automatic spaghetti maker-the flesh becomes noodle like strands. Cut the squash in half, then remove the seeds. Place the squash on a plate with one fourth cup of water (sliced part down). Cook it in the oven for 10 minutes or until soft to the touch. Simply scrape of the cooked squash, then add spaghetti sauce and cheese.

Diced vegetables instead of macaroni pasta. Saves you an extra 13 grams of carbs.

This is an easy recipe you can do at home. Simply cut down half of the pasta you are going to use and replace it with some healthy frozen vegetables.

Black beans or mixed vegetables instead of pasta. Saves you an extra 10 grams of carbs.

Like the macaroni and cheese recipe you can simply cut down half the carbs by replacing it with a healthier low carb alternative. Instead of using the whole pasta box, replace it with black beans or mixed vegetables. These ingredients also give it a whole new different texture.

Tempeh instead of potatoes. Saves you an extra 11 grams of carbs.

Soybean foods are delicious when cooked right. Tempeh and tofu can be boring, but adding the right spices and herb can give it flavor and variety. Tempeh is a great substitute for high carb potatoes. Slice tempeh and sauté it with some garlic and onions, then pour in some cheese sauce. Bake it for half an hour and have a low carb scalloped tempeh.

Low-fat string cheese instead of chips. Saves you an extra 90 grams of carbs.

You know that yummy cheese on top of your pizza? Yup, we are making one of those. Simply cut the string cheese and bake them on a cookie sheet in a 375 F oven for 4 to 5 minutes. You will get a golden brown melted cheese that can be easily peeled off the sheet.

Eggplant instead of pasta noodle. Saves you an extra 26 grams of carbs.

Like the lasagna recipe, all you have to do is replace the pasta with a low carb alternative. In this case we are going to use eggplants. Soften the eggplant, then cut in half. Brush the eggplant with olive oil, then boil for 10 to 20 minutes until soft. Dice the eggplant and mix it with your regular beef-a-roni ingredients.

Napa or Chinese cabbage instead of bread. Saves you an extra 29 grams of carbs.

This is the easiest recipe on the list. Simply replace bread with Napa or Chinese cabbage. This is a much healthier option and you’d actually appreciate your cold cuts and mustard more.

Portobello mushrooms instead of regular pizza crust. Saves you an extra 20 grams of carbs.

Instead of using high carb pizza crust cut the gills of a Portobello mushroom and use it as a crust. Bake the mushroom for 5 to 10 minutes until it dries out a little, but not completely dried out. Add in some pizza sauce, cheese and toppings. It can be a little bit more moist than your regular pizza.

READ  10 Fabulous Ways to Wear Make Up with Glasses
Comments
Previous articleWhy You Should Wash Your Face With Apple Cider Vinegar
Next articleDoes a laxative help you lose weight?