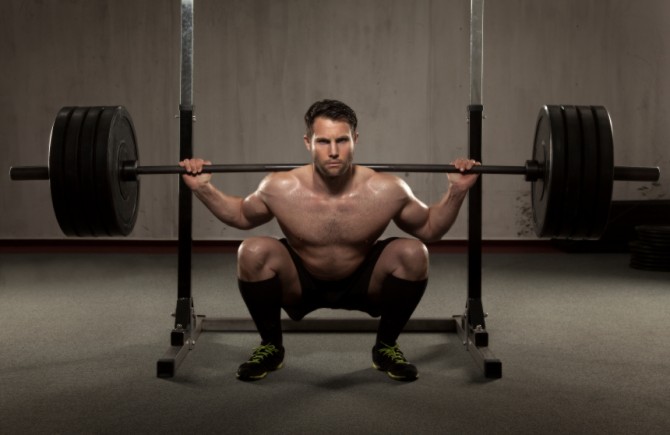 5 Tips to Prevent Injury While You Exercise

In the realm of health and fitness, compound exercise refers to an exercise that utilizes more than one major muscle group at a time. While there is a single larger muscle group that does most of the job, some smaller muscle groups assists in the movement.

According to Body Building, compound exercises are recommended as they can activate all the major muscles in the body, allowing the best possible change in a person’s physique within the shortest span of time. Since, compound exercises stimulate more muscles when compared to the isolated exercises, which focus on a specific muscle group, the body is likely to be developed proportionately. One does not one to see his chest, shoulders, back, and arms grow, except for his legs. Moreover, compound exercises utilize more than one joint at a time; thus, recruiting more muscle groups per exercise.

But what compound exercises can a person include in his routine?

The barbell bench press is one of the topnotch exercises when it comes to the upper body. As per Body Building, it is a staple exercise for chest development and it is a compound exercise that works all the prime muscles in the chest, shoulders, and arms. According to some fitness experts, the barbell bench press also activates the anterior deltoid muscles, thus, a person should also pay attention to his rear deltoid muscles during a shoulder workout. As per Ex Rx, the person lies supine on the bench and dismounts the barbell from the rack over the upper chest using a wide oblique overhand grip. Take note that a closed bar grip is usually used during tricep workouts. Then, the person lowers the weight to the chest and presses the bar upward until the arms are extended. Usually, the barbell bench press is done with eight to twelve repetitions and it can be done on an incline, flat, and decline bench. In doing the exercise, it should be noted that a very wide grip compromises the range of motion.

According to Body Building, the barbell squat, which is viewed as the king of lower body exercises, is positioned at the top of the compound exercise list, as it stimulates all the major muscles in the body, such as the quads, thighs, and calves. It also engages the person’s core and back muscles as they are used for balance. In addition, carrying the weighted barbell on the upper back also activates the muscles of the shoulders.

As per Ex Rx, the person positions the bar high on back of the shoulders and grasps the barbell to the sides. Then, he dismounts the bar from the rack and stands with shoulder width stance. The person squats down by bending his hips back while allowing his knees to bend forward. During the execution, the back should be kept straight and the knees should be pointed to the same direction as the feet. Then, the person lowers his body until the thighs are just parallel to the floor. After that, he extends his knees and hips until the legs are straight. The movement is repeated for at least eight to 12 repetitions. A good practice in doing the squats is to keep the head facing forward, with the back straight and feet flat on the floor. The weight should be equally distributed throughout the forefoot and feet. Then, the knees should point similar direction as the feet throughout the exercise.

Along with the aforementioned compound exercises, a person may also integrate isolated exercises to focus on certain areas that need improvement. Overall, it is best to incorporate both kinds of exercises for maximum muscle development.

Foods to Eat If You Have Canker Sores

Here are the Reasons Why There are Scabs in Your Nose