2 Exercises That Will Help You Lose Belly Fat Fast 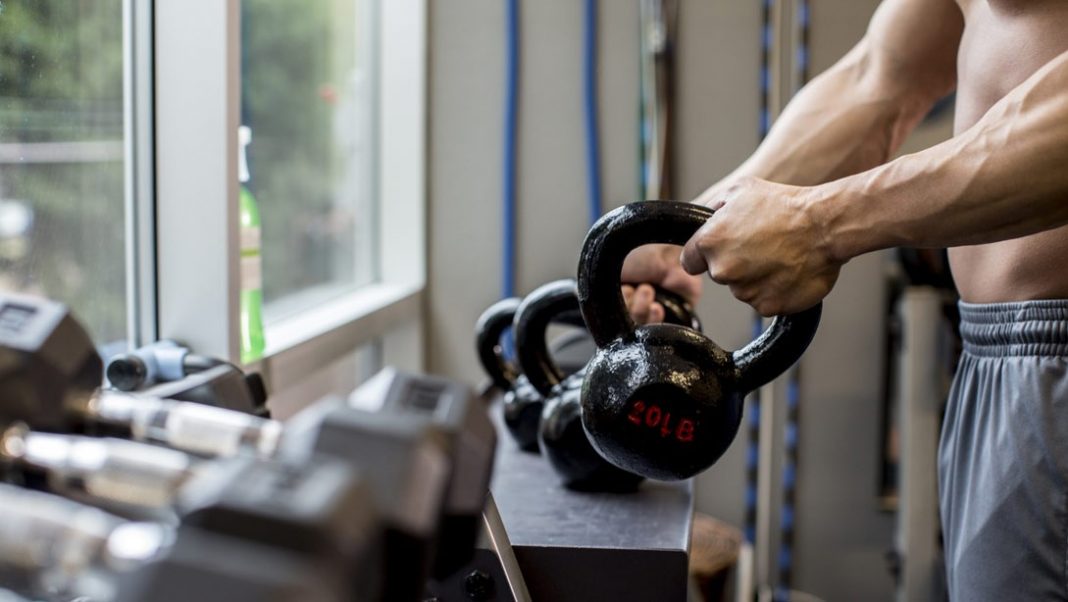 One of the world’s top trainers,  Alwyn Cosgrove, C.S.C.S> was asked to create a cutting-edge fat loss program for Men’s Health. And, of course, he obliged. But a curious thing: One of the workouts in the plan featured just two exercises.  That’s right: When asked to create a super-effective, calorie-torching routine, Cosgrove gave us a workout that had readers do only a dumbbell swing and a squat thrust. This confused some folks, who wondered, “How can you lose fat with just two exercises?”

Cosgrove’s response: “Running is just one exercise, but no one questions that when it comes to burning fat.”

He makes a good point. And in fact, once you understand the philosophy behind Cosgrove’s routine, you start to see why it works so well. But first, an explanation of the actual routine itself.

Sure, that’s just two exercises, but do the math: If you complete the entire routine—from 15 down to 1—you’ll do 120 repetitions of each exercise. That’s 240 repetitions. And these aren’t just any exercises: They’re movements that challenge your entire body.

They’re also done at a fast pace. On average, it’ll only take you about three seconds per rep. So you’ll do those 240 reps in just 12 minutes or so. That’ll light your muscles on fire, and have you gasping for air.

If you think that sounds too easy or too fast, I suggest you try it. You may find you can’t even finish. But that’s okay—you can just start with a lower number, like 8, and work your way up as you improve your fitness, which is recommended.  If you want an even greater challenge, you can always take a breather and repeat the routine.

Remember: Whether you’re running or lifting, your muscles require energy to help you move. And this workout forces more of your muscles into action than you’d ever use while jogging for the same duration. It’ll also boost your metabolism for hours after your workout.

What’s more, unlike jogging, these aren’t joint-pounding exercises. So this is actually a “low-impact” workout that you can do at a high intensity, making it ideal for overweight folks. The best part: You can do the routine without even leaving your house, since all you need is a single kettlebell or dumbbell. But if you want a complete cutting-edge exercise and nutrition guide that you can use on your computer, tablet, or phone, check out The Lose Your Spare Tire Program. It’s the easiest and most effective way to drop 20, 30, or even 50 pounds, and flatten your belly forever!

How to do the countdown workout: Do 8 reps of the kettlebell swing, followed immediately by 8 reps of the squat thrust. Without resting, do 7 reps of the kettlebell swing, and then 7 reps of the squat thrust, and so on, until you work your way down to 1. A reminder: Don’t overdo it. If your form breaks down during the routine, just stop there. Then next time, adjust your starting point so that you can work all the way down to one without having to stop. As you become better conditioned, start with a higher number. An important note: This isn’t a complete workout program, but it is a great routine that you can do almost anywhere, anytime. And it’s a fantastic substitute for 15 minutes on the treadmill. Bend at your hips and hold a kettlebell (or dumbbbell) with both hands at arm’s length in front of you. Now rock back slightly and “hike” kettlebell between your legs. Then squeeze your glutes, thrust your hips forward forcefully, and swing the weight to shoulder height. Allow momentum to swing the weight—you’re not trying to actively lift it with your arms. Reverse the movement, so that you swing the kettlebell between your legs again. Make sure you don’t round your lower back at any time; it should stay naturally arched when you bend at your hips. Continue to swing back and forth. Watch the video below to see fitness expert David Jack show you how to do the kettlebell swing with perfect form. Stand with your feet slightly wider than shoulder-width apart. Bending at your hips and knees, squat down and lower your body until you can place your hands on the floor. Kick your legs backward—into a pushup position—and then immediately reverse the move and quickly stand up from the squat. That’s 1 rep. To make the exercise even more challenging, you can jump up from the squat instead of simply standing up quickly. Watch the video below to see strength coach David Jack do the squat thrust.