3 Exercises for the Inner Chest 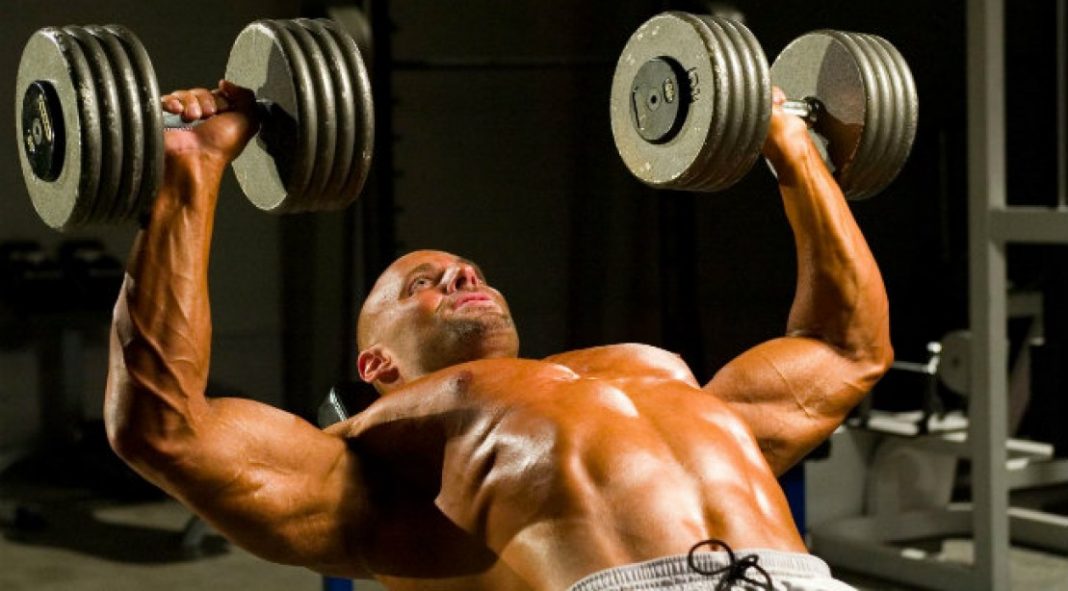 The inner part of the chest marks adds aesthetics to the overall development of the chest, along with the upper, lower, and outer pecs. It covers the sternum, a bone that connects the ribs and it is responsible for the gap between the pectoralis muscles. While a wide sternum can be related to genetics and a wide gap between the pectoralis indicated that a person does not have adequate muscle mass yet, there are several exercises that develop the inner part of the chest.

The close-grip bench press is intended for the triceps, according to Body Building. However, doing the exercise in a very strict and gradual manner during lifting will squeeze the pectoralis muscles together at the top of the extension. To do the exercise, the person grabs the weighted bar with his hands at shoulder width. Then, he finds some inches in from the shoulder width that hits the inner chest the hardest. When ready, the person lowers the weight down to the chest gradually while inhaling. The chest is barely touched before pushing the weight back up while exhaling. Then, the person holds the bar at the top for two counts while squeezing the pectoralis muscles together and then lowers the weight back down again. The motion should be fluid, strict, and without bouncing.

While the dumbbell flye mainly works out the outer chest due to the stretch that is felt during the execution, it can also be done to develop the inner chest. According to Chunk Fitness, the person sets a bench to a flat position and sits with a dumbbell in each hand, resting on top of the knee. Then, he lies gradually backward onto the bench while moving the dumbbells from the knees to a supported position at the sides. For the starting position, the dumbbells are pressed until the arms are nearly extended. A key point in the exercise is to grasp the dumbbells with a neutral grip, such as with the palms facing one another. Then, the person inhales as he gradually lowers the dumbbells outward to the sides of the body, with the arms kept slightly bent, until they are parallel with the ground. After that, the dumbbells are raised until they nearly meet at the top above the chest, with th person exhaling throughout the movement.

According to Muscle and Fitness, the cable crossover, or the crossover cable press is one of the workout choices for the inner portion of the chest. It is a kind of exercise that lets the arms cross the midline of the body, instead of just extending out in front of the body. To do the workout, the person stands in the middle of a cable crossover station and holds a D-handle that is attached to a low cable pulley. Using an underhand grip, the handle is held with the arm bent almost 90 degrees at the elbow and with the upper arm out at 45 degrees to the torso. Then, the person extends his arm at the elbow to press the handle up and across the body; this lets the right hand to be out in front of the left shoulder. The arm is nearly fully extended in the position. Then, the position is reversed to bring back the arm to the starting position.

Overall, the inner part of the chest can be developed through several chest exercises; however, it is important to spend time working out the chest in all angles for best results. Moreover, maximum muscle gains for this chest part can be achieved through constant training, proper nutrition, and adequate rest.

Foods to Help You Have a Healthy and Glowing Skin