Vegetables are known to have high amounts of vitamins and minerals. But in fact, some of them are also packed with proteins, macronutrients that help repair and build cells and tissues. Thus, these vegetables are capable of promoting cellular and tissue growth.

The following are some vegetables that are rich sources of protein.

Soybeans is the lead vegetable protein source, according to Body Building. As per the publication, cooked soyabeans contain about 28 grams of protein per cup, which is almost equivalent to the amount of protein that can be obtained in 150 grams of chicken. The publication added that a serving of soybeans has 17 grams of carbohydrates and 15 grams of fats, with 58 percent essential fatty acids from the latter. Soybeans can also be turned into soymilk, which reportedly contains eight grams of protein per cup, as per Cooking Light. According to the publication, soymilk is viewed as a versatile ingredient to other food preparations, along with soybeans and tofu. Soybeans and soymilk also contain fiber and calcium, which are important in the digestive process, bowel elimination, and bone formation. Moreover, soymilk is available in vanilla or chocolate flavor, making it enticing for people who love sweets, pastries, and shakes.

Edamame also top the list of protein-rich vegetables. The beans serve as preparation of young soybeans in the pod and are usually served in Chinese, Japanese, Korean, and Hawaiian dishes. In general, the pods are either boiled, steamed, or served with salt; however, in Japan, they are blanched in four percent salt water and are not served with salt. While they are small in size, edamame beans have large amounts of protein. According to Body Building, a cup of cooked edamame beans contains 16.9 grams of protein. In addition to cell and tissue repair and growth, edamame also have other health benefits. According to Medical News Today, they also contain iron and calcium, which are good for oxygenation and bone health. Also, studies have shown that eating plant food sources like edamame lowers the risk of becoming obese and having diseases like diabetes and heart disorders. Moreover, eating edamame also contributes to good skin complexion and hair strength, increased vitality, and reduced weight.

Lentils are also excellent sources of protein. According to Body Building, cooked lentils possess about 18 grams of protein for every cup and about 230 calories for each serving; thus, they stand as a good choice when it comes to the management of one’s caloric intake. Part of the legume family, lentils are known for the lens-shaped seeds. the vegetable’s hues vary from yellow to red orange to green or brown and black. Some species also grow without skin while some grow either whole or split. Aside from protein, lentils are also rich in fiber, considering that it is part of the vegetable family. According to Mayo Clinic, lentils also contain low fat content, which indicates perfection for people who need to lose weight via excess body fat reduction. With these health benefits, lentils can be an occasional alternative for meat.

Broccoli is one of the most commonly prepared vegetable of fitness enthusiasts and it is because of its protein content. According to Body Building, a cup of broccoli contains 2.6 grams of protein. Aside from protein, broccoli also has vitamin K and vitamin C, which help prevent excessive bleeding and boost the body’s immune system, as per Healthy Eating. Also, the edible plant from the cabbage family is also rich in folate, potassium, and fiber, which help in maternal and child development, cardiovascular health, and digestion.

Aside from its reparative function, protein helps in the growth of cells and tissues. Thus, it is important to eat the aforementioned food choices, instead of junk foods, for optimal nutrition as per body requirements. 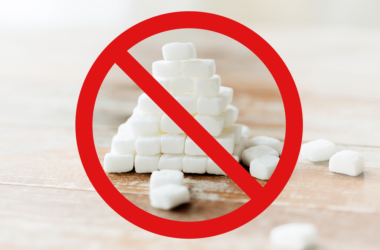 Helpful Tips to Following a No Sugar Diet

If you are going to take a closer look at your diet, you will find that you’ve been… 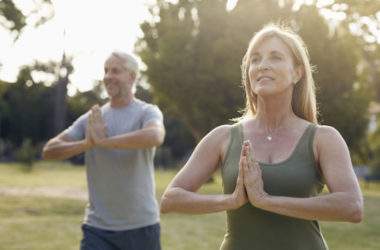 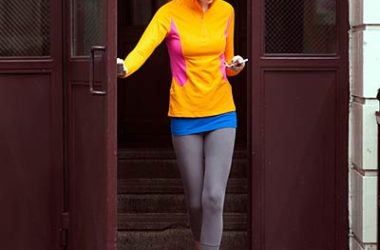 Tips like “drink 8 glasses of water a day”, “Exercise Daily” or “Eat Healthy” are well known and…