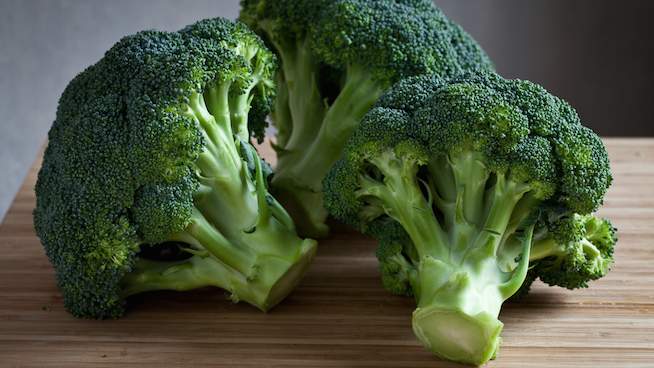 Broccoli is a member of the cabbage family, with an edible flower-head as vegetable. Derived from the word broccolo, which means the flowering crest of a cabbage, broccoli has a number of health benefits.

According to All Women’s Talk, broccoli has anti-inflammatory properties. It contains kaempferol, a flavonoid that is capable of dealing with the body’s inflammatory response. As per Men’s Health UK, broccoli also contains sulforaphane, a compound that delays the destruction of cartilage in joints, thus, preventing musculoskeletal problems like arthritis. In addition, being able to manage inflammation implies that broccoli may also be helpful to people with allergies and other inflammatory conditions. It is noted that kaempfrol is also found in broccoli’s cousins like cabbage, as well as in grapes, strawberries, and tomatoes.

Broccoli also aids in healthy eating, as it contains fiber, given that it is part of the vegetable group. According to All Women’s Talk, it has two grams per serving and has only 30 calories, which means that it can help keep a person feel full and satisfied after a meal. In addition, a United States Department of Agriculture Study (via Men’s Health UK) found out that people who consumed 24 grams of fibers daily, which is equivalent to around a head of broccoli, gain an additional 90 calories of guilt-free eating. Fiber helps the body get rid of harmful toxins and chemicals, acting as sweep for them to be released in people’s stools; thus, broccoli also helps in the digestive process, preventing constipation and diverticulosis

The heart also gets the benefits of broccoli. According to The Journal of Agricultural and Food Chemistry (via Men’s Health UK), the vegetable activates the production of a chemical called thioredoxin, which helps prevent the heart cells from being damaged. Thus, it suggests that the substance is helpful in preventing quick tissue necrosis due to reduced oxygen supply. In addition, broccoli contains glutamic acid, a type of amino acid that is associated with the reduction of high blood pressure.

Another powerful property of broccoli is its ability to combat cancer. According to Fit Bug, the vegetable is an excellent source of chemicals called isothiocyanates, which are known to copy the body’s production of substances that help fight cancer. As per the publication, studies have shown that broccoli can aid in the reduction of risk of colon cancer, bladder cancer, prostate cancer, ovarian cancer, and breast cancer, with the latter also being prevented by the substance sulforaphane. According to the American Journal of Clinical Nutrition, the vegetable is most likely the food that prevents colon cancer, presumably due to its vitamin K content. It should also be noted that broccoli should be cooked lightly, for about three to five minutes, so that its cancer-fighting substances would not be destroyed.

Broccoli soup is one of the recipes that people can enjoy consuming to keep the body healthy. According to Fit Bug, the recipe ingredients include two pounds of broccoli, small onion, small carrot, celery stick, one tablespoon olive oil, one and a half pint of vegetable stock, one tablespoon Worcestershire sauce, bay leaf, and four tablespoons half fat cream. Oil is heated in a pan and the chopped onion, carrot, and celery are added until softened. Then, the broccoli florets and chopped stem are added and stirred. After that, the vegetable stock, Worcestershire sauce and the bay leaf are also added, brought to boil, and simmered gently for 15 to 29 minutes. Then, the mixture is poured into a blender or food processor and blended until smooth. After that, the mixture is brought back to the pan and is stirred in the half fat cream. The soup is heated gently until warm enough.

Overall, broccoli stands as one of the vegetables with several benefits to human health. Thus, it is recommended to include it in several meals at home.