7 Natural Ways To Recover From Your Hangover

After all night partying on a Saturday night, you went home very dizzy. You are experiencing headache, stomachache and your get-up-and-go is gone. That’s hangover for you, my friend.

How do you get rid of hangover? According to studies, to prevent hangover, you have to understand how your body reacts to alcohol. Alcohol is diuretic. It tends to increase urination, and it dries you out. The impurities added to alcoholic beverages during the distillation process contribute to nasty stomachache, making you feel nauseous. These impurities are high in sweeter drinks and malt liquor.

Meanwhile, the headache that comes with hangover may be attributed to dehydration. Your body is adjusting to the dropping alcohol after you stopped drinking.

To get rid of hangover, you have to stop alcohol drinking. To cure it, you have to consider time as it takes 8 to 24 hours for symptoms to disappear.

To treat headaches, nausea and other symptoms of hangover, try these simple natural ways to deal with the pain caused by hangover.

Drink water. Drinking water is important to stay hydrated while you are consuming alcoholic beverages. Drink plenty of water in between cocktails. Ignoring this tip may cause you getting up the next day feeling groggy.  Filling up your body water helps in rehydration as well as flushing the impurities from your system.

Drink other types of fluids, too. Drinking water is not enough. It is necessary that you drink electrolyte-rich fluids like sports drink, coconut water or bouillon soup. These types can help in restoring the salt and potassium you have lost after drinking too much alcohol.

Grease up before taking alcohol. Taking a spoonful of olive oil before a party has been a longstanding folk remedy to prevent hangover. Eating a pizza or other greasy, fatty food has the same effect. This kind of food says to grease the intestines so the alcohol takes longer to absorb by the body.

Consume sugar or sugar-made products while drinking.  Studies reveal that fructose may speed alcohol metabolism, reducing the risk of hangover. Eating sugar while you are drinking alcoholic beverages is indeed essential. Make sure that you consume sugar before drinking since fructose metabolizes quickly. Try consuming plain orange juice between cocktails.

Eat breakfast. Food intake the morning after can alleviate hangover. The electrolytes in food help replace a dehydrated system and get calories back into your body. If you have hangover, take in foods that are easy to digest such as cereals and toast.

Munch on ginger. People have regarded ginger as a remedy to reduce nausea and vomiting. Try nibbling crystallized ginger in the aftermath of a night of drinking. A health institute reveals that early research tells that consuming a combination of ginger, tangerine pith and brown sugar before drinking decreases nausea and vomiting.

Watch for prickly pear cactus. Although this tip is still being tested, a study has demonstrated that taking 1,600 IU of prickly pear extract five hours before alcohol drinking diminished risk for severe hangover by 50 percent

Sleep more. Lack of sleep can make your hangover worse. Take a long nap the day after. It is the body’s way of healing itself.

In addition to the aforementioned tips, trying this recipe can also aid in recovering from hangover as it replenishes starch, sugar, salt and potassium loss in your body.

Bring to mind that too much alcohol can be deadly so limit your alcohol intake. Nonetheless, we are also sharing these two warning signs as indicators that you or someone you are with is going past his or her alcohol limit.

Multiple vomiting – This is your body’s natural way of getting rid the toxins in alcohol. However, vomiting can rapidly lead to potentially-life threatening conditions such as dehydration and electrolyte imbalances. If you are feeling this, stop drinking alcohol and start drinking plenty of water.

Passing out. If someone drinks heavily, passes out and does not respond when you try to wake him or her, take that person to the nearest hospital. Those people in that condition are in danger of choking on their own vomit or going into shock.

9 Common Habits That Wreck Your Manicure 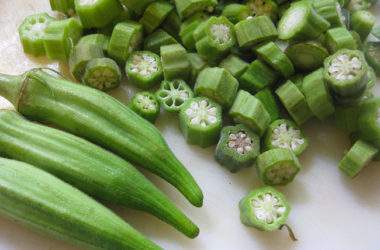 Okra, also called okro, ladies’ fingers, gumbo, and ochro, is a flowering plant from the mallow family. With… 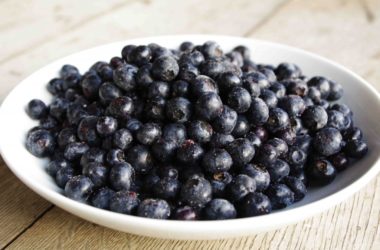 Blueberries are often known as the antioxidant super fruit due to its high concentration of antioxidants. They are… 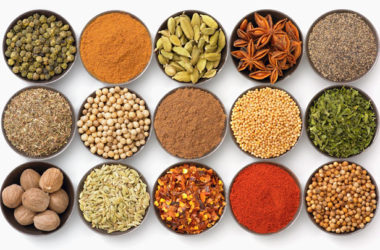 Wake up your taste buds! Cooking with herbs and spices will enhance the flavor of healthy foods without…