You don’t remember bumping into anything. Yet somehow, you have a shin full of bruises and a whole lot of questions. There are plenty of reasons for easy bruising, the discoloration caused by a trauma that ruptured blood vessels just under the skin. Check out the surprising explanations behind your sore spots and learn which ones are harmless and which ones need attention.

As you age, two things happen to your skin: It loses protective layers of fat, and the production of the structural protein collagen slows down. That means thinner skin that’s more susceptible to bruising. “This is incredibly common in the 60+ population,” says Gary Goldenberg, MD, assistant professor of dermatology at The Mount Sinai Hospital. “It takes a lot less trauma to create a bruise than it ever did before in your life.”

2. You never miss a chance to sun yourself.

A long history of sun exposure (especially skin-damaging sunburns) will leave you with thinner skin—and more bruises—even faster. “You lose collagen as you age, but the UV light damages it even more,” says Goldenberg. While you can’t turn back time, you can prevent future sun damage (and, in turn, a future of easy bruising) with a good SPF. (Don’t miss these 3 spots most people forget to apply sunscreen to.)

3. You take a daily aspirin.

It’s the most common reason why you’re waking up with random bruises, says Goldenberg. Aspirin, as well as blood thinners, work by disabling the platelets that cause blood to coagulate or clot. With thinner blood and less clotting cells, even a minor trauma will leave a mark. (Bruising aside, should you really be taking a daily aspirin?)

If you have fair, thin skin, you’re naturally more susceptible to bruising even from minor bumps and bangs, says Goldenberg. “Those of us with more adipose or fatty tissue won’t see a spot from the same level of trauma.” Another culprit: varicose veins, spider veins, or naturally more prominent veins. Smacking one of those against the coffee table is bound to leave a mark.

That’s medical-speak for a group of diseases that causes inflammation of the blood vessels. It’s often characterized by red bruises called purpura, which result from those inflamed blood vessels bursting. Vasculitis is believed to be an autoimmune disease or a result of a long-time chronic disease like hepatitis, but nobody knows exactly what causes it. Other symptoms include shortness of breath, cough, and numbness or weakness in a hand or foot. If this sounds like you, it’s best to see your doctor; she may prescribe medications to ease your symptoms and reduce the inflammation.

6. You need more citrus in your life!

True vitamin deficiencies are rare in the US, but they do become more common with age. “In fact, the reason people put lemon and limes in their drinks is because vitamin C deficiencies are common in alcoholics,” Goldenberg says. Vitamin C is important in wound healing and the production of collagen, an important structural component of skin. Without enough of it, your blood vessels are out in the open and more likely to rupture. Signs you need more vitamin C (and a trip to the doc for a blood test): fatigue, depression, bleeding gums, swollen joints, nosebleeds, and dry hair and skin.

7. You have purpuric dermatosis.

Another vascular condition, this one means that blood leaks out from very small capillaries, resulting in thousands of teeny tiny orange and purple bruises. “This is fairly common in the elderly, especially in the shin area, and can look like cayenne pepper from far away,” Goldenberg says. The most severe cases could cause itching, but prescription topical creams and good sunscreen habits are enough to rid yourself of the condition.

Top 10 Blush On Tips to Get You Glowing 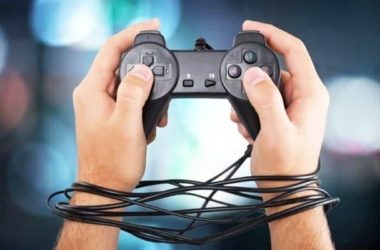 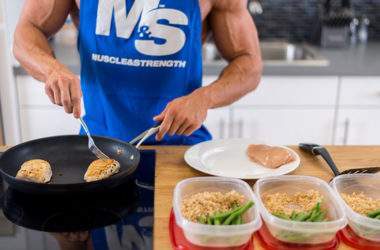 Nutrition plays a vital role in the field of health and fitness, particularly in building muscles. Along with… 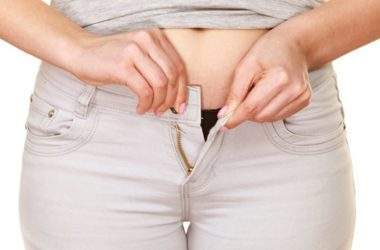 15 Super Smart and Easy Tips to Lose Those Holiday Pounds

During the Holidays, all sorts of mouth-watering foods come aplenty. The most likely result when all the tinsel…