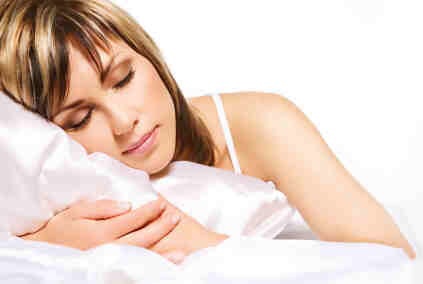 What You Need to Know About Cystocele

In order to sleep well, people are advised to make some nighttime habits such eating healthier, choosing a better pillow, stretching out, taking prescribed medicines at night, listening to lower frequency sounds, exercising and writing a gratitude journal.

Avoid the feather pillow
Pillows are very important in order to achieve optimum sleep conditions for obvious reasons. That is why, experts advised against feather-filled pillows. One study revealed that this type of pillows are uncomfortable, based on a report from more than 100 people.

Though pillow preferences differ from one person to another, most complainants of poor sleep have reportedly used feather pillows, making it the most uncomfortable of its kind.
Experts advise that you choose pillows that are made of polyester and latex. These two were discovered to be the most comfortable types of pillows based on a separate study.

Eat healthy
Believe it or not, experts actually advise people to have pre-bedtime snacks—provided that it is a kiwi. According to a Taiwanese research published in 2011, eating two kiwis an hour before going to bed at night helps adults fall asleep for up to 35 percent faster. They would also experience 13 percent longer sleep.

Taking Medicines at Night
Studies show that it is more beneficial to take medicines such as aspirin during the evenings particularly to those who are prone to stroke or heart attack. This is because it is discovered that platelets, which are responsible for clotting, are more active during the mornings.

Aside from this, findings presented to the American Heart Association’s Scientific Sessions conducted in 2013 revealed that patients who took their aspirin before sleeping showed lower platelet activity in the mornings.

Stretching
People who wish to sleep without leg cramps need to stretch their calves and hamstrings first before going to bed. A study published in the Journal of Physiotherapy in 2012 revealed that stretching before bedtime helps lengthen tendons and muscles, and would also aid in the reduction of the frequency of leg cramps experienced at night by more than half of the adult population, especially the women.

Here’s a stretching exercise suggested for both the hamstrings and the calves: sit on the floor with your legs extended, then, gradually reach for your toes and lean towards your knees.

Listen to “Pink” Noise
Though many use “white noise,” or sounds from the ambience, to block other disturbing ones, experts advise a better kind of distraction noise for better sleep, which they called the “pink noise.”

This kinds of noises include consistent low frequency sounds such as dripping water from the faucet or the ticking of a clock.

A Chinese study in 2012 revealed that 75 percent of people who were asked to listen to these kinds of sounds before they sleep said that they were more relaxed. Even better, a follow-up research showed that pink noises also boost our brain’s memory center.

Writing a Gratitude Journal
Being grateful in general improves mental health. Even better, it actually helps a person to sleep better, according to a British study in 2009. This means that keeping a gratitude journal—or simply remembering things you are grateful for makes you dwell less on the negative thoughts, leaving you to sleep better.

Exercise
Many advised against working out during the evenings but a 2013 study from the National Sleep Foundation revealed that exercising whenever you can—even at night—can actually help you sleep better.

The study shows that people who exercised immensely about four hours before going to bed experienced no considerable difference when it comes to your sleep.

15 Foods You Must Know to Keep You Hydrated