Due to certain reasons, there are instance wherein the brain favors one eye over the other. The less preferred eye may become weak overtime. This is when lazy eye happens — the eye that doesn’t seem to work as fine as the other is regarded as lazy. In the medical world, lazy eye is called “amblyopia”.

According to eye specialists, lazy eye is the number one cause of visual impairment in kids. In fact, they say that it affects 2 to 3 children out of 100. Treating the problem is preferably done as early as possible during childhood. Otherwise, lazy eye may continue up to adulthood, resulting in limited functioning of one eye (monocular visual impairment).

It’s important to take note that lazy eye is an entirely different condition from strabismus, which is crossed eye in layman’s terms. Someone who has strabismus, however, may actually end up with lazy eye if the functioning of the crossed eye becomes considerably diminished compared to the normal eye.

One of the most common causes of lazy eye is the inability of one of the eyes to focus properly. This causes the brain to favor the eye which is capable of correctly focusing, until such time that the other eye becomes weaker and weaker. While it may still look just like the well-functioning eye, the affected eye may drift to different directions.

There are various eye-related problems that may lead to lazy eye. Some of them include glaucoma and cataracts that can keep the eye from properly focusing. Then there is also astigmatism, nearsightedness and farsightedness. Someone who is suffering from strabismus may eventually end up with lazy eye.

Damage to an eye because of an injury or trauma may cause lazy eye, too. The same is true with the ulceration or scaring of the cornea, which is the transparent layer of the front of your eyes. Experts say that you may also have lazy eye if you are deficient in vitamin A, or a family member of yours has it — lazy eye can run in families.

It’s not unlikely for you to be squinting frequently because the affected eye may have a hard time focusing on objects, or because you have double vision. You may also have difficulty in perceiving depth. This is exactly the reason why somebody with lazy eye may bump into objects on a single side, particularly where the affected eye is.

The eyelid on the affected eye may also droop, although this can also be a reason why lazy eye has developed in the first place. The lazy eye of yours may also wander either inward or outward, and it may fail to move at the same time or in the same direction as your well-functioning eye.

Just like what’s mentioned earlier, lazy eye is not the same as strabismus. However, if you have strabismus and it is not corrected properly, it is possible for it to develop into lazy eye.

Since lazy eye tends to be caused by an underlying eye condition such as cataracts, glaucoma or nearsightedness, having the culprit treated can correct lazy eye. In some instances, the underlying cause may be treated with the use of prescription glasses or contact lenses. There are cases, too, wherein an eye surgery may be the answer.

Putting on an eye patch on the unaffected eye may be recommended by a doctor. Doing so will reduce the functioning of the dominant eye, and in turn causing the weakened eye to become stronger. There are times when the use of eye drops that cloud the vision of the normal eye is the treatment of choice.

The best time to have lazy eye corrected is during childhood as the outcome tends to be more favorable. However, there is still a possibility for lazy eye to be treated in adulthood. 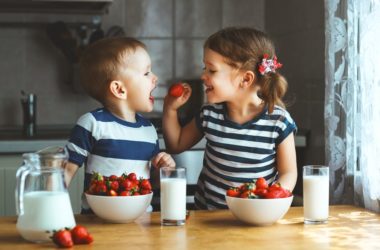 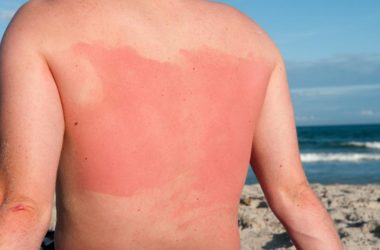 Surprising Things That Increase Your Risk of Sunburn 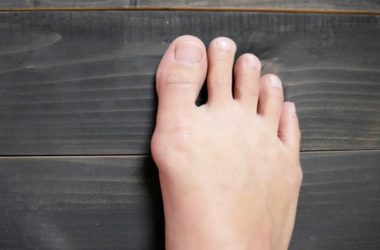 Are you familiar with gout? It’s that painful swelling of the base of the big toe. Such is…