A Quick Look at Syringomas

Syringomas are simply sweat duct tumors that commonly develop on the eyelids, although they can actually occur elsewhere on the body such as scalp, neck, underarms, upper chest, abdomen and even the groin area. Panic not because they are the benign tumors, meaning they won’t put your life in danger.

Experts say that syringomas are more common in women than in men. Additionally, they can develop at any age although they usually show up during adolescence. It is also said that syringomas tend to run in families.

Let us take a quick look at some of the most important matters about syringomas:

Syringomas measure 1 to 3 millimeters in diameter. Firm and rounded, they come in the color of the skin or at times yellowish. Because of their appearance, syringomas tend to be easily mistaken for other skin problems such as milia (dead skin cells that have collected beneath the skin’s outer layer) and xanthelasma (deposits of cholesterol on the eyelids).

When viewed under a microscope during a skin biopsy, syringomas have small ducts that are in the shape of commas. Experts say that these microscopic structures look like tadpoles on the skin of the person.

Just like what’s mentioned earlier, syringomas are simply sweat duct tumors. Since there are sweat glands around the eyes, it’s not unlikely for these harmless tumors to form on the eyelids.

Anyone at any age may actually develop syringomas. However, they commonly show up during adolescence. Experts add that syringomas are more common in women than men. Several evidences suggest that having family members with syringomas may put you at risk of developing them too.

Syringomas may also be associated with an assortment of problems, presenting themselves as one of the signs. For instance, syringomas may develop in individuals with diabetes mellitus, Down’s syndrome as well as Hailey-Hailey disease.

Experts categorize syringomas into 4 different types, depending on their appearance and the symptoms they bring. Here they are:

• Eruptive – This type of syringomas tend to appear and disappear. Eruptive syringomas often develop on the neck, arms, upper chest and the abdominal region.

• Milia-like – Because of the smaller size and the presence of white centers, these types of syringomas are often mistaken for milia.

• Plaque type – Someone with plaque type syringomas tend to scratch a lot, causing the areas with the benign growths to thicken and resemble what’s called lichen planus.

• Familial – Syringomas of the familial type tend to run in families. Experts say that chromosome 16q22 is the one involved in familial syringomas.

Certain creams on the market claim to be effective at causing syringomas to fall off. Usually, they are also labeled as creams for removing warts and moles. Because of the harsh chemicals they contain, it’s not unlikely for the users to develop unfavorable reactions to these creams.

Skin specialists may perform a number of procedures to get rid of syringomas. One of them is by having them excised one by one with the use of a scalpel. This simple procedure requires the use of local anesthesia and can be time-consuming. Dermabrasion is another common treatment wherein the syringomas are gently scraped off using pens with diamond tips.

Curettage and electrodessication involve scraping off the syringomas and burning the area to keep them from developing once again. Carbon dioxide (CO2) laser is a popular treatment for syringomas these days, allowing for the removal even of deep-seated ones. The downside to CO2 laser use is the steep cost and risk of scarring. 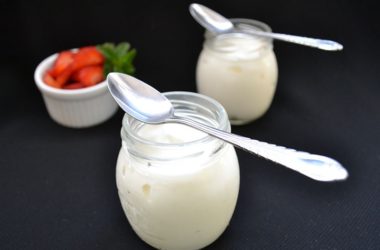 Unhealthy Ingredients You Can Scrap and Replace with Greek Yogurt

There are a handful of types of yogurt you can spot at the supermarket, and there’s no questioning… 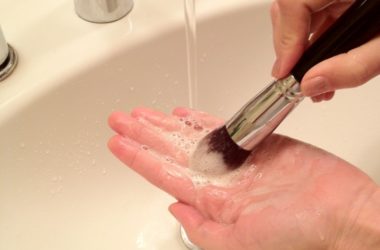 Most of the time, many women do not realize the importance of keeping makeup brushes clean before using.… 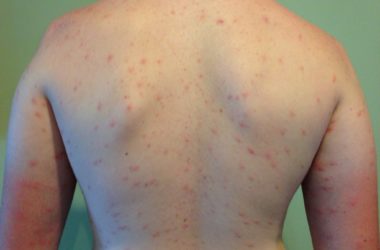