For centuries, vinegar has been used for various household and cooking purposes. It is also an ancient folk remedy, claimed to help with all sorts of health problems.  The most popular vinegar in the natural health community is Apple Cider Vinegar.

You can use this for reducing the blood sugar levels in the body, lowering cholesterol, and helping a person to lose weight.

What type of Apple Cider Vinegar you should use?

The perfect choice is organic apple cider vinegar, because it is unprocessed and unpasteurized. It is really different than those you can find it in most stores. If you want to find out that you are getting a good apple cider vinegar, you should look for that cloudy matter that should sink to the bottom of the bottle or float. This thing is full of nutrients, and it shows you that the apple cider vinegar is good for you. One nice brand is the Bragg’s.

How does it lowers the cholesterol?

Apple cider vinegar also contains the antioxidant chlorogenic acid, which has been shown to protect LDL cholesterol particles from becoming oxidized, a crucial step in the heart disease process.

How does apple cider vinegar lowers the blood sugar levels?

Type 2 diabetes is characterized by elevated blood sugars, either in the context of insulin resistance or an inability to produce insulin.  However, elevated blood sugar can also be a problem in people who don’t have diabetes.  It is believed to be a major cause of ageing and various chronic diseases.  So, pretty much everyone should benefit from keeping their blood sugar levels stable.

Vinegar has been shown to have numerous benefits for insulin function and blood sugar levels:

How can apple cider vinegar help you lose weight?

The apple cider vinegar is able to slow down the digestion of starches and makes a breakdown of calories in our blood less of a burden on the body. Also, the pectin helps the person to feel fuller for a long time. Ingesting the apple cider vinegar allows the body to digest the protein more effective and also establishes hormones that break down the fat cells. This thing is not going to make you lose weight overnight, but it will help you to lose weight easier.

Several human studies suggest that vinegar can increase satiety, help you eat fewer calories and even lead to actual pounds lost on the scale.  Vinegar along with high-carb meals can increase feelings of fullness and make people eat 200-275 fewer calories for the rest of the day.

However, keep in mind that this study went on for 12 weeks, so the true effects on body weight seem to be rather modest.

ACV is great for your lymphatic system.

This miracle vinegar helps to break up mucous throughout the body and cleanse the lymph nodes. Believe it or not, research suggests that apple cider vinegar can help with allergies because of its ability to reduce mucous and sinus congestion. When reducing the effects of allergies, it can also help stave off sinus infections and their related symptoms, such as sore throats and headaches

Vinegar May be Protective Against Cancer

Cancer is a terrible disease, characterized by uncontrolled growth of cells.  There is a lot of hype online about the anti-cancer effects of apple cider vinegar.  Some studies have shown that vinegar can kill cancer cells and shrink tumors.

However, all of the studies on this were done in isolated cells in test tubes, or rats, which proves nothing about what happens in a living, breathing human.  Additionally, most of the studies were done on rice vinegar, not apple cider vinegar.

ACV can help you reduce heartburn.

The body constantly strives to achieve a state of equilibrium. Apple cider vinegar helps the body maintain a healthy alkaline pH level. Research shows that higher acid levels (lower pH level) leads to a lack of energy and higher incidences of infection. Hence, my desire to sip some a few times a day for a natural boost of energy.

Adding 2 tablespoons a day dissolved in one glass of water is a good way to start the day. You can drink it with your meals or you can add a little apple cider vinegar to the salad dressing. Consuming this vinegar in normal amounts is safe, but don’t try to over use this because enormous amounts are not recommended. If you consume too much, that may lead to potassium deficiency.

How Turmeric Can Make You Totally Tantalizing 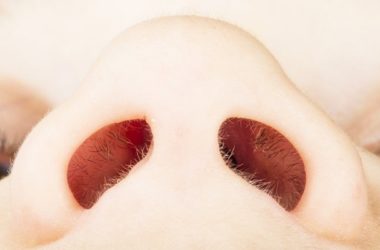 Because the inner lining of your nose has a lot of nerve endings in it, having a pimple… 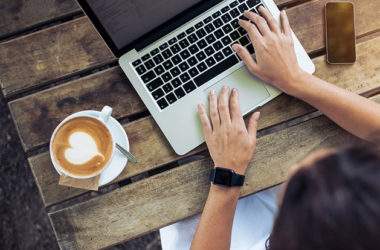 In this fast-paced world, it can be hard to live a stress-free life. As a result of trying… 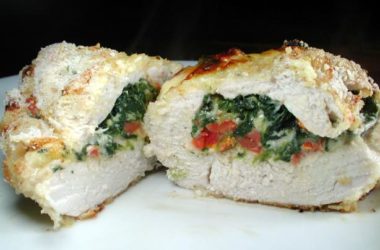 If you’re looking for new recipes that are both tasty and healthy, you might want to try the…