All That You Should Know About Allergic Rhinitis

Allergic rhinitis is characterized by runny nose, sneezing and a few other symptoms. The condition is caused by the immune system’s reaction to certain allergens such as pollen, mold and dust mites. Also referred to as hay fever at times, you may suffer from it several times throughout the year or just during certain times only. It is possible for the symptoms of allergic rhinitis to become less and less severe as the effect of various allergens to your body becomes weaker.

Allergens That Cause Allergic Rhinitis

There are many different allergens that may trigger or cause a bout of allergic rhinitis. Some of the most common ones include pollens from grasses, weeds, plants and trees. A lot of people with the condition get allergic reaction from the likes of mold, dust mites and animal dander. Some people report having allergic rhinitis from cockroaches.

It is possible for you to develop the condition from various potential allergens at home or in the workplace. For instance, there are certain chemicals whose scents or fumes can trigger an attack. Many other small particles can in fact serve as allergens for those with the condition, including wood dust and breakfast cereal grains.

Allergic Rhinitis is Your Own Body Reacting to Allergens

While it’s true that several different types of allergens can trigger allergic rhinitis, the one that is actually behind it is your very own immune system. The moment you come into contact with allergens by means of inhalation, your immune system immediately springs into action. What it does is it tries to attack pollen, animal dander or any other allergen.

As a result, you end up with the various symptoms associated with allergic rhinitis. The good news, according to experts, is the symptoms you experience with each bout of allergic rhinitis may eventually weaken as your immune system reacts less and less to allergens. Also, allergic rhinitis attacks in the future may get more and more infrequent.

Especially upon waking up in the morning, you tend to sneeze over and over again during a bout of allergic rhinitis. It is accompanied by having itchy and watery eyes. The throat is also affected by allergic rhinitis, ending up very itchy.

Having runny nose is one of the symptoms of allergic rhinitis. You will notice that the drainage is usually thin and clear, unlike the kind you get when you have a runny nose due to any other cause. However, it’s not unlikely for the drainage coming out of your nose to end up cloudy and thick. This is quite normal especially if your nasal cavity or sinuses become infected, something that may happen when you have allergic rhinitis.

Tests Performed by a Doctor in Diagnosing Allergic Rhinitis

Upon stepping foot inside the hospital or clinic, a doctor will perform a routine physical examination as well as ask you about the various symptoms you are experiencing. He or she will ask several different questions, such as what makes the problem better or worse, in order to determine if it’s indeed an allergic reaction or another medical condition.

One of the diagnostic procedures a doctor may perform is the so-called skin test wherein a small amount of allergen is injected into the skin to see if an allergic reaction will take place. He or she may also order a lab test that can help determine which sort of substances can cause a bout of allergic rhinitis.

Some effective home remedies for allergic rhinitis include drinking plenty of fluids and the consumption of vitamin C-rich foods such as citrus fruits, green leafy vegetables, guavas and kiwis. It is also a good idea for you eat nuts, seeds and fish as they are good sources of omega-3 fatty acids that combat inflammation.

Amazing Things That Cilantro Can Offer 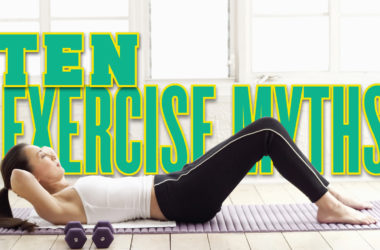 The path towards fitness is lined with all sorts of myths that need to be discredited. Otherwise, it… 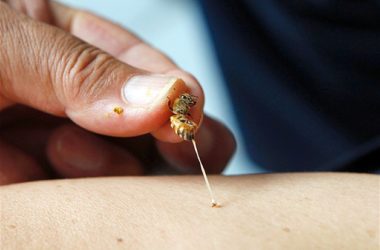 Bee stings are classified as a very common outdoor nuisance. And oftentimes, bee stings are just annoying and… 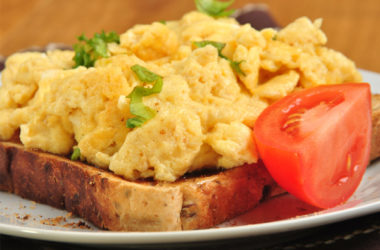 Breakfast that are High in Protein

Your morning meal may not contain enough protein. According to interesting research published in the International Journal of…