An Egg Yolk a Day Keeps the Doctor Away

AN EGG YOLK A DAY KEEPS THE DOCTOR AWAY Now that you know that cholesterol in food (dietary cholesterol) is not a bad thing, you might be interested to learn about the benefits of eating egg yolks versus egg whites. In fact, other than for some extra proteins, egg whites are pretty much useless and can even cause problems for some people with digestive conditions or autoimmune diseases and you’ll see why later.

Our society’s bias against saturated fat and cholesterol has become so strong that we often forget that in nature those are the exact foods where the most nutrients are found. Egg yolks are no different. They contain 100% of the fat soluble vitamins A, D, E and K as well as carotenoids lutein and zeaxanthin found in the egg. They also contain more than 90% of the calcium, iron, phosphorus, zinc, thiamin, folate, vitamin B6 and vitamin B12. Compared to the yolk, the white doesn’t bring much to the table in terms of nutrients. The gg white contains more protein than the yolk, but it’s only because the yolk is smaller. Furthermore, we know that protein really should only consist of about 15 to 30% of our caloric intake, with the bulk of the rest coming from healthy animal fats. It doesn’t make much sense to seek out sources of proteins without fat and protein alone depletes stores of vitamin A. Mother nature is wise though and put fat around most sources of animal protein in nature.

The reason why we find a high amount of cholesterol in the egg yolk is not an evil trick played by mother nature to damage our health with the exact foods that are full of nutrients, but because cholesterol is an extremely important nutrient that is much needed by the future animal that should come out of the egg if no one interferes. Cholesterol is not only important for the future bird or reptile, but for us too. It’s the precursor to all sex hormones and is used by every cell of the body. It has also been shown countless times that dietary cholesterol raises the “good” HDL while it’s the sugar, especially fructose, grains and omega-3/omega-6 imbalances that raises the “bad” LDL and the triglycerides in the blood.

Docosahexaenoic acid (DHA) and Arachidonic acid (AA)
DHA is the usable form of omega-3 by the body and arachidonic acid is the usable form of omega-6. Compared to those, omega-3s from ALA (Alpha-linolenic acid) and EPA (Eicosapentaenoic acid) and the omega-6 LA (linoleic acid) need to be elongated before being used by the body. Egg yolks bring both DHA and AA, the two truly essential fatty acids. Consuming omega-3 rich eggs is also a good idea to keep the n-3/n-6 in a good ratio in your diet.

The case against egg whites
It’s a sad thing that the medical establishment has got the facts all wrong about things like eggs and butter and that consuming only the white is what’s recommended by most nutritionists. It’s no wonder kids today have ADD and development problems with the egg white omelets, low fat milk and cereals that feed them in the morning. They have a nutrient, cholesterol and saturated fat deficiency. Don’t forget that most vitamins require dietary fat to be properly absorbed and metabolized.
In fact, a case can be made against the egg whites and it’s the white that we should worry about. Most living organisms on the planet develop defense mechanisms to protect themselves against predators and invaders. It’s the survival of the fittest after all. Animals have teeth and legs to bite and run, plants develop toxins and anti-nutrients to deter any single animal from eating too much of it. Grains and legumes are often much worse in the toxin and anti-nutrient department than most plants because they are in their most vulnerable state and are the baby of the future plant so all hopes are on them for the survival of the species. This is why grains and legumes cause multiple health problems are are advised against on a Paleo diet.
Unlike most animals, eggs can’t defend themselves by bitting or escaping and have to rely on some of the same mechanisms that plants, grains and seeds use to survive. The white is solely responsible for this part while the yolk is busy becoming a full-fledged animal. 13 of the 14 proteins found in the white have anti-microbial properties. This usually deters microbes and viruses, but can also affect us, especially when consumed in high quantity or when our gut health is already compromised.

The protein lysozyme, which is usually harmless, can bind with proteins like ovomucoid or ovoinhibitor and inhibit trypsin, a protease enzyme, from doing its job of digesting proteins. Even more insidious, some of the compounds can pass through the intestinal wall and can agravate autoimmune problems or damaged guts. This is why egg whites are best avoided when dealing with autoimmune problems.

Avidin, another anti-nutrient found in the egg white, binds to biotin, a B vitamin responsible for things such as fatty acid synthesis and blood sugar regulation, and inhibits it’s absorption. Biotin is normally produced by a healthy gut flora so those suffering from digestive issues are even more at risk of biotin deficiency.
Up to 3% of the population is allergic to egg whites while most of them would do just fine on the yolk alone.

Some argue that by cooking the white thoroughly we deactivate most of the protease inhibitors and anti-nutrients, but most people, including myself, experienced otherwise. Avidin as been shown to retain about 30% of its activity, even when the white is well cooked. Cooking the white improves the situation, but doesn’t eliminate the problem entirely. For their part, egg yolks can safely be eaten raw and they are delicious that way.

Conclusion
Most people today are very deficient in most of the fat soluble vitamins (A, D, E and K2) and would benefit greatly from the healthy dose that a couple of egg yolks a day can bring. In fact, egg yolks will keep the doctor away much more than the fructose-rich apples will. The cholesterol in them is also much needed, especially for children, menopausal women, elders or anybody with adrenal problems. On their parts, egg whites are not such a big deal and can even cause problems for some people. Appreciate that tasty super-food without guilt and discard the white without loosing anything meaningful if you suspect that that make you feel bad. All hail to the egg yolk omelet!

How to Reduce Snoring with a Simple Juice 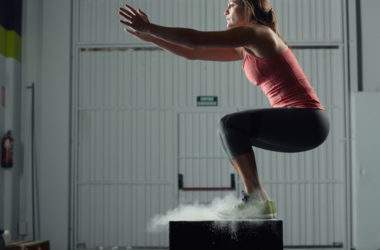 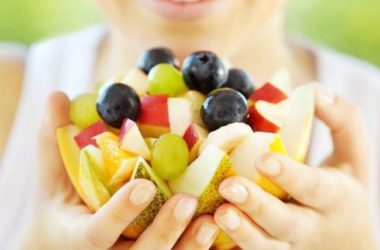 Foods to Eat and Avoid When You Have Chronic Gastritis

Gastritis is the inflammation of the lining of your stomach. You may already have it but not know… 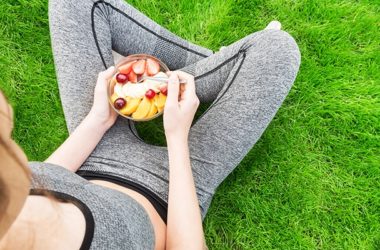