Artemisia is one of the herbs people use in the kitchen. It is a huge and broad genus of plants cradling around 300 species from the daisy family Asteraceae. Also called mugwort, sagebrush, and wormwood, the following are the plant’s health benefits.

Artermisia and the Digestive System

Artemisia helps promote the digestive health. According to The Grown Network, the plant was used as a tea substitute in various parts of England during the World War II. Now, the plant’s tea helps with digestive problems like gas and flatulence, as well as in the overall digestion. The herb also helps with proper production of gastric acid and liver bile.

Artemisia also helps relieve pain and several symptoms a woman experiences during her menstrual period. According to Organic Facts, the herb acts as an emmenagogue, which helps the person get rid of problems like abdominal cramps, headache, fatigue, nausea, and lack of appetite during menstruation. The plant also helps stimulate discharges, which aids resolve obstructed menstrual flow. This way, artemisia helps make a woman’s menstrual period more regular.

Artemisia also helps prevent infection due to microbes. According to Chinese Herbs, the plant has anti-bacterial properties, which are beneficial in treating parasitic and bladder infections without negative impact to the normal intestinal flora. Also, it helps manage infections due to threadworm and ringworm. It also helps fight the organisms that cause malaria and its symptoms. As per the publication, it is effective in managing the river blindness, which is a debilitating disease in some African territories.

Artemisia and the Brain

Artemisia is also beneficial to the brain and its functions. According to Simple Remedies, the herb is also utilized in the management of anxiety, epilepsy, and stress related disorders. In addition, artemisia also possesses mild narcotic properties, which helps with symptoms like trembling and tremors. In addition, the herb also helps promote sleep, which boosts a person’s cognitive function.

Artemisia also promises some properties that combat cancer, one of the most deadly illnesses most people know today. As per Noortiment, oncology studies have shown that extracts of the plant species Artemisia annua has demonstrated cytotoxic activities. Also, two of the plant’s components, artesunate and artemisinin, are being investigated as treatment for cancer.

Artemisia can be added to certain preparations like tinctures and tea. According to The Grow Network, the ingredients include dried artemisia and boiling water. To prepare, as per the publication, one ounce of dried artemisia is placed in four cups of boiling water and is allowed to steep for five to then minutes, before straining. It should be noted that letting the herb sit for longer will produce a bitter tea. The person can half the recipe is he only wants to make smaller amount of the tea. Also, the unused tea is kept in the refrigerator for up to two to three days.

For a tincture, the top one-third of the flowering plant is cut off while the flowers, leaves, and stems are chopped into small pieces using pruners or scissors. They are placed in a mason jar, which is then filled with alcohol. The container is covered and is allowed to sit for six weeks in a cool and dry area. Then, it is strained and stored in dark amber bottles. The tincture is used before meals to aid with gastric and bile production, as well as to manage abdominal bloating and indigestion.

Artemisia is one of the reliable herbs in the kitchen, not to mention that it possesses some health benefits. Thus, its addition to various recipes helps promote a person’s health and well-being. 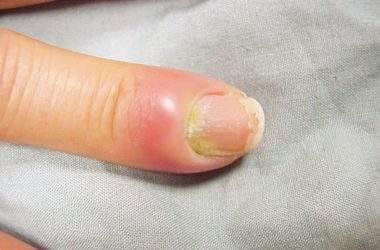 To put it simply, paronychia is the infection of the skin surrounding the nails. It is usually caused… 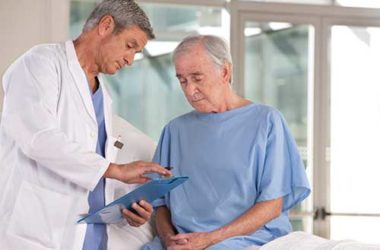 Possible Causes of Scrotal Swelling and Home Remedies for It

Scrotal swelling is the enlargement of the scrotum in which the testicles can be found. It can be… 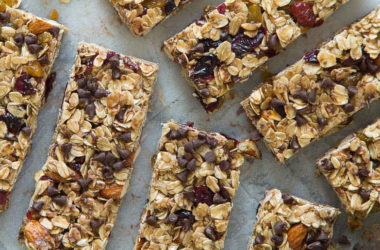 Lots of energy bars these days seem good for you but they’re not. To debunk the various health…