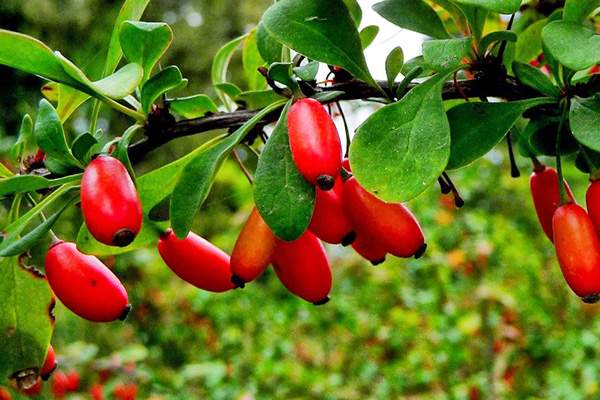 How Does Your Digestive System Affect Your Health: Benefits of Probiotics

Getting to Know the Amazing Health Benefits of Black Seeds

Barberry, also known as berberis, is a huge genus of deciduous shrubs under the family Berberidaceae. Native to Africa, Asia, Europe, and the Americas, most of the plant’s species have spines on the shoots, as well as along its leaves’ margin. One of the most commonly used herbs in the kitchen, the following are the health benefits of barberry.

Barberry can fight microorganisms like fungi and bacteria. According to Jon Barron, the plant contains berberine, an active alkaloid. As per the publication, the plant extracts and decoctions have shown considerable antimicrobial properties against a broad range of microbes, which include fungi, bacteria, protozoans, chlamydia, helminths, and viruses. The bacteria species covered by the herb include Escherichia coli, Shigella, Salmonella, Streptococcus, and Staphylococcus.

Barberry also has anti-inflammatory properties. According to Home Remedies for You, barberry has also demonstrated its efficacy when it comes to resolving inflammation and infection of the respiratory, digestive, and urinary tracts. Thus, it is capable of relieving common ailments, such as nasal congestion, sinusitis, sore throat, bronchitis, psoriasis, and candida infections. It also serves as a treatment for intestinal problems, such as diarrhea secondary to food poisoning.

Barberry also defends the liver from damage. According to a study published in “international Journal of Molecular Sciences” in July 2012, as cited by Live Strong, pretreatment with barberry in an animal study showed reduced liver and DNA damage, as well as normal levels of antioxidant enzymes. Findings also showed liver injury prevention through inhibiting the action of the toxic substance carbon tetrachloride. Nonetheless, further research has to be done to strengthen such findings.

Barberry also promotes the health of the heart and the blood vessels. According to Wellness Mama, the herb causes dilation of the blood vessels, which help reduce blood pressure, prevent hypertension, and prevent cardiovascular disorders.

To prepare, as per the publication, butter is melted in a medium saucepan and the rice is stirred in, ensuring that the grains are well-coated. Then, boiling water is added, along with a teaspoon of salt and white pepper. The ingredients are mixed well and are covered under low heat for 15 minutes. The cover is not removed to allow the rice to properly steam. Once done, the pan is removed from the heat and the saffron water is poured over about one-fourth of the surface while leaving most of the rice white. The pan is covered with a tea towel and is resealed tightly with the lid and is left for five to ten minutes.

After that, the white rice is transferred to a large bowl with a large spoon. The barberries are drained and stirred in, along with the herbs and the pistachios. Next, the saffron rice is fluffed up in the pan and then folded mildly into the white rice; however, they should not overmix, for the white grains not to be stained by the yellow grains. The rice is seasoned and is transferred to a serving bowl. Finally, the rice is sprinkled with the remaining pistachios.

Barberry is one of the frequently used ingredients in different meals. Its inclusion helps promote a person’s total health and well-being.