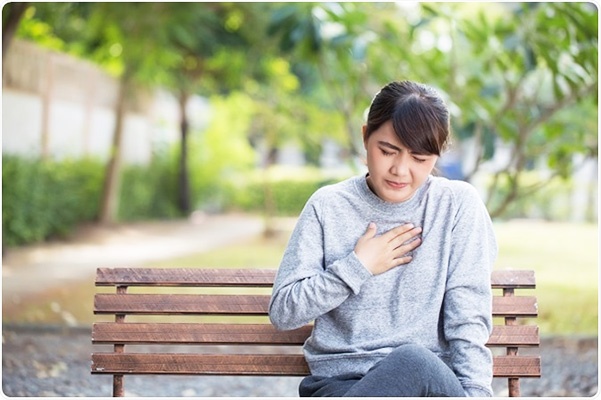 Tips on How to Lose 20 Pounds in 2 Weeks

GERD stands for gastroesophageal reflux disease, which is a condition that involves the coming up of the stomach acids into the esophagus due to a faulty lower esophageal sphincter or LES, a ring of muscle that separates your esophagus from your stomach. This article will not focus on GERD, but a common complication of it called Barrett’s esophagus.

The problem with this complication of GERD is that it’s known to come with its very own complication. According to gastroenterologists, doctors who are specializing in diagnosing and treating various diseases of the digestive system, Barrett’s esophagus can considerably increase a person’s risk of developing esophageal cancer.

If you or some of your loved ones suffer from GERD, keep on reading. Below you will come across some really important things you need to know about Barrett’s esophagus.

Simply put, Barrett’s esophagus is a change in the inner lining of the esophagus, making it similar to that of the intestines. Your esophagus, by the way, is that long, hollow and muscular tube that takes whatever you put in your mouth to your stomach. It’s also the one that ends up being irritated by acid that escapes the stomach as a result of GERD.

By the way, health authorities say that some people are simply more susceptible to developing GERD than others. They include those who are obese, pregnant and smokers.

You may have Barrett’s esophagus and not know that it’s there due to the absence of symptoms. It’s possible for you to not notice that something is wrong especially if you do not have GERD.

If your Barrett’s esophagus is a complication of GERD, then it’s not unlikely for you to regularly encounter the typical symptoms of GERD. Some of them include: heartburn, nausea, vomiting, metallic or acidic taste in the mouth, frequent burping, sore throat and chronic cough.

Experiencing the above-mentioned symptoms is very much likely especially after consuming foods and drinks that are known as GERD triggers. Anything that’s spicy, greasy, fatty, acidic, caffeinated, alcoholic and carbonated can cause GERD to make its presence known via some really unpleasant symptoms.

Heartburn is the most disagreeable of all the symptoms of GERD. Most of the time, it is mistaken for a heart attack, prompting some those who are experiencing heartburn to seek immediate medical attention.

In treating Barrett’s esophagus, the goal is to put GERD under control (if it’s the one responsible for it) in order to keep the various unfavorable symptoms at bay. Also part of the treatment process is the removal of the abnormal tissue in the inner lining of the esophagus.

Antacids and proton pump inhibitors or PPIs are some of the most commonly prescribed medications for dealing with GERD. It’s also important for the individual with GERD to avoid trigger foods and drinks. Losing excess weight, quitting smoking, wearing loose-fitting clothes and not lying down immediately after eating can help, too.

Various surgical procedures are available for removing abnormal tissue in the esophagus. In some instances, a part of the esophagus is removed surgically especially if cancer is detected.