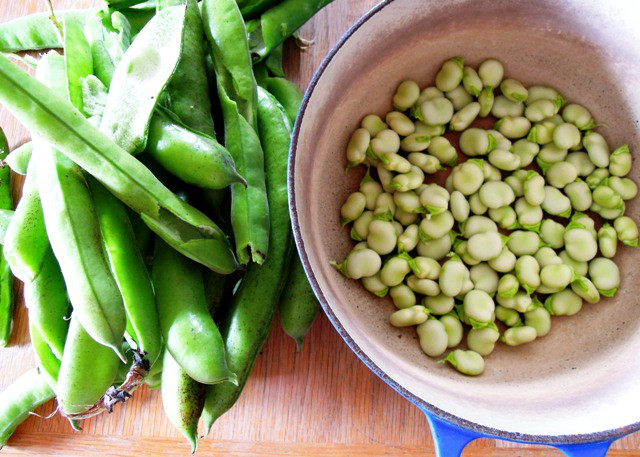 Many avoid most beans because of its painful effects on people with rheumatism. However, did you know that beans—particularly, broad beans—are, in fact, a healthy addition to your daily salads?

This is because broad beans contain high levels of protein and fiber. Based on a 2010 study published in the European Journal of Clinical Nutrition, women who suffer from obesity are advised to go on a high-protein, high-fiber diet. According to the study, those who use this kind of diet tend to lose more weight compared to those on the standard high-carbohydrate, low-fat regime which is commonly deemed by the U.S. government as “healthy eating.”

How to prepare:
Put the beans in saucepan and pour in lightly salted water. Cover and bring to a boil. Drain water after cooking for 15 minutes (or until beans are crisp and tender). Leave it to cool. Meanwhile, slice the cucumbers in half lengthwise. Using a teaspoon, remove the seeds. Then, slice the cucumber halves thinly. Combine this with the broad beans, shallots and tomatoes in a serving bowl
To prepare the paprika vinaigrette, mix ingredients together except the diced capsicums.
Serve the salad in individual plates. After doing this, stir in the capsicums in the paprika vinaigrette then trickle it on the salad. Lastly, sprinkle with parsley.

Comments
See also  Reasons Why You Should Never Go to Sleep Hungry
Previous article10 Home Remedies You Can Find in Your Kitchen
Next articleMust Read: What Your Urine Can Tell About Your Health