Bell pepper, also known as pepper or sweet pepper, is one of the common spices added to dishes for taste or garnish. With the scientific name Capsicum annuum, bell pepper is native to Mexico, northern South America, and Central America. The following are the health benefits and sample recipe for bell pepper.

one benefit of eating bell pepper is the set of antioxidants it has, just like vitamins A and C. according to Care 2, the spice gives a person their “daily quota” of the two vitamins. Vitamin A is vital to a person’s vision, as well as the integrity of the skin and mucus membranes. Then, vitamin C promotes a person’s immunity, against various microorganisms that cause infection and illness. Also, vitamin C promotes the function of collagen, a substance that acts as cement and binds loosely connected cells and tissues.

Another benefit of eating bell pepper is the spice’s anti-cancer properties. As per World’s Health Foods, bell peppers have phytonutrients, antioxidants, and anti-inflammatory properties. According to the publication, preliminary animal laboratory trials revealed that digestive tract cancers like esophageal and gastric cancer show up the spice’s potential for such cancer-fighting properties. Moreover, recent studies revealed that bell peppers have enzymes called cysteine S-conjugate beta-lyases, which are related to anti-cancer benefits in animal studies. As per the publication, this serves as a foundation on cancer-fighting properties seen in red, green, yellow, and orange vegetable consumption.

Eating bell pepper also promotes the health of the red blood cells, preventing anemia. According to Authority Nutrition, bell pepper is rich in iron, which promotes the oxygen-carrying capacity of the blood. This links to the spice’s vitamin C content, which enhances iron absorption in the digestive system. As per the publication, iron absorption is highly boosted when consumed with vitamin C-rich fruits and vegetables like spinach and green leafy vegetables.

Bell pepper is also rich in potassium, a mineral that balances with sodium in the body. This way, the body will be able to maintain normal fluid levels by combating water retention by sodium. Also, potassium promotes muscle strength and function, preventing muscle weakness. As per Live Strong, a cup of green pepper contains 261 mg of potassium. So, people who feel body weakness can eat bell pepper to regain the lost potassium in the body.

To prepare, as per the publication, one-fourth cup of oil is heated in a large or heavy pot over medium heat until it shimmers. Then, onion and peppers are added, cooked, and stirred occasionally for ten to 12 minutes, until they soften and begin to brown. Next, the garlic and tomato paste are added, cooked, and stirred for a minute until they become fragrant. After that, the eggplants and the remaining one-fourth cup of oil are added and cooked and stirred for eight minutes until the eggplants soften and begin to brown. Then, wine and tomatoes are added and seasoned generously with salt and pepper and are brought to a boil; any brown bits from the bottom of the pan are scrapped away. Then, zucchini and herbs are added, reducing heat to medium; they are cooked uncovered four about 45 minutes, until the vegetables become tender and the eggplants begin to breakdown. The dish is drizzled with oil and scattered with basil leaves before serving. 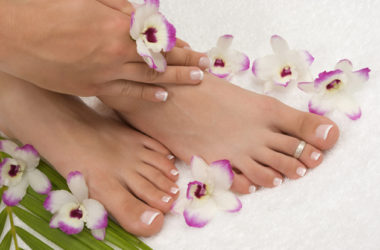 Ways to Lighten Dark Skin on Hands and Feet

Do you dislike uneven skin tone? Do you have too much exposure under the sun? Walking under the… 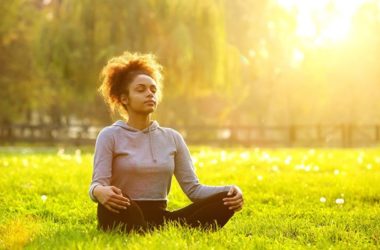 Do you suffer from anxiety and panic attacks? Then it’s very much likely for you to be told…

Mother Nature’s produce doesn’t indicate what benefits to be gained when you eat them. Vegetable and fruit stands…