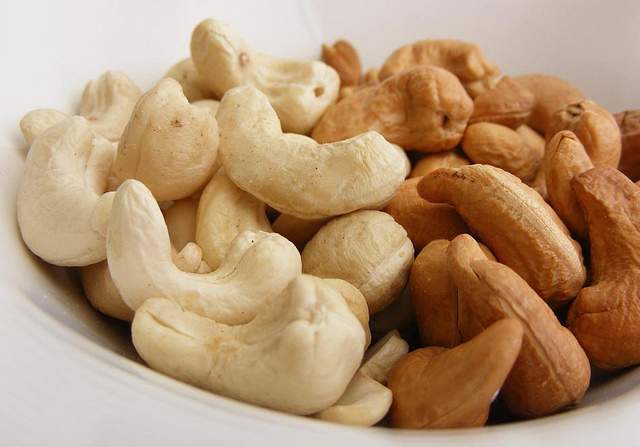 11 Ways Dehydration Can Make You Fat And Sick

Remedies for Water in the Ear

Aside from milk, dairy, and meat, nuts are known as excellent sources of protein.

With the scientific name Anacardium occidentale, the cashew tree is a tropical evergreen tree that produces the cashew apple and the cashew seed. The tree can grow up to a height of 14 m or 46 ft; however, the tree has a smaller variant, the dwarf cashew, which can grow up to 6 m or 20 ft.

The cashew seed or known as the cashew is highly consumable, as it can be used in food recipes or processed into cashew butter or cashew cheese. Its shell can be used in various applications like paint or lubricants. Also, the cashew apple, which is light red to yellow in color, can be turned into a sweet and astringent fruit drink and distilled into wine or liquor.

Cashew nuts can help protect the heart. According to WH Foods, they have lower fat content than other nut variant and estimated 82 percent of their fat content is unsaturated fatty acids. In addition, 66 percent of the unsaturated fatty acid content is monosaturated fats, which are the same to those found in olive oil. As per the publication, studies involving diabetic diets revealed that monosaturated fat can aid decrease high triglyceride levels when included to a low-fat diet. Reduced triglyceride levels indicate lower risk for heart disease.

According to Nutrition and You, cashew nuts are also excellent sources of essential minerals, such as copper, zinc, and selenium. As per the publication, copper is important for various enzymes, such as cytochrome c-oxidase and superoxide dismutase, which are vital in cellular processes. Zinc contributes to wound healing and serves as a co-factor for various enzymes that control digestion, gonadal function, growth and development, and DNA (nucleic acid) synthesis. Then, selenium is a micronutrient reponsible for antioxidant enzymes like Glutathione peroxidases, which are viewed as the some of th most potent antioxidants in the body.

Bones also benefit from cashew nuts, due to its magnesium content. As per WH Foods, about two-thirds of the magnesium in the human body is in the bones. The mineral is responsible for giving bones their physical structure while some amounts can be found on the bone’s surface where it is kept for the body to retrieve them when necessary. Magnesium also maintains balance with calcium, another mineral necessary for bone strength and growth. It also acts as the body’s own calcium channel blocker, which prevents calcium from going into the nerve cell and stimulating the nerve. This way, the mineral helps the nerves, as well as the blood vessels and muscles to be in a relaxed mode. Reduced magnesium intake may result to poor bone strength and growth, muscle spasms and cramps, soreness, tension, fatigue, and high blood pressure.

See also  What Happens If You Eat Expired Canned Goods?

The nuts can also prevent the formation of gallstones. According to 20 years of dietary information gathered from 80,000 women from the Nurses’ Health Study, it has been revealed that women who consumed at least one ounce of nuts or peanut butter each week have 25 percent lower risk of developing gallstones.

With the aforementioned health benefits, it is recommended that a handful of cashews can contribute to man’s overall health.