Just because you are in the family way doesn’t mean that you should abandon getting fit until your little bundle of joy is already out in the world. Unless otherwise opposed by your doctor, staying physically active is a good thing during pregnancy because it’s something that can benefit you and your baby.

Yoga is something that can keep you fit while at the same time lengthening and strengthening your muscles as well as calming your mind. Expecting a child can be a stressful ordeal and this is perfectly normal. The nicest thing about practicing yoga while having that baby bump is it can help you stay fit and combat pregnancy-related stress too.

Worried that yoga can harm your baby because of all those complex poses that you have to make and hold for a few seconds? Don’t be. The fact is there are several different yoga poses around that are highly recommended for expecting moms. Performing them correctly and carefully helps ward off problems commonly encountered during pregnancy, such as an achy back, leg cramps and poor blood circulation to the lower extremities.

Doing these yoga poses can help you attain mind relaxation. Especially if it’s your first time carrying a baby, it’s not unlikely for you to have plenty of questions and apprehensions. Meditating such as practicing yoga can certainly help combat your worries, thus eliminating all sorts of issues

Before we tackle some of yoga poses that are perfect for a pregnant woman like you, there’s something you need to know. During your first trimester of pregnancy, performing a lot of standing Yoga poses is a wonderful idea to help strengthen your legs as well as to provide you with much-needed energy.

During your second and third trimester, however, you should focus on meditating and deep breathing and minimize the time spent on doing asanas in order to save your self from being fatigued. It’s a must to remember to refrain from doing poses that twist the abdomen. Inversions should be avoided at all costs.

Below are some yoga poses that are said to be perfect for women in the family way. Always remember to put your safety first. Also, it won’t hurt to let your doctor know about your plan of performing yoga.

Also known as padmasana, this yoga position is good for your hips because it encourages them to open up. This is done by sitting with your legs crossed, and your feet resting on the opposing thighs.

Just like lotus pose, this one is beneficial for pregnant women because it opens up the hips. Also referred to as baddha konasana, this is done by sitting with your knees out to the sides and the soles of your feet pressed together.

Like what’s mentioned earlier, performing standing yoga poses is good for the legs. The extended triangle pose or trikonasana is done by spreading your legs, with one foot about 4 feet away from the other. Bend to the side, grab one ankle with one hand, and extend your other arm towards the ceiling.

Also called virabhadrasana II, this is just like doing side lunges. However, your bent knee is pointed towards the side, followed by your head and upper body. The arms are also extended to each side of your body, with the palms facing down.

This yoga position is also known as utthita hasta. To do this, stand up straight. Extend one leg in front of you and grab your big toe with your hand on the same side of your body. Keep your back straight to make sure that the lower back muscles are targeted. Doing this while lying down is also great idea!

Sit on the floor, bend one knee, and slightly twist your body towards that direction. Keep the other leg straight in front of you. Place the opposite arm on the outside of the bent knee and plant the palm of your other arm on the floor just slightly towards your back.

Aneurysm: What You Ought to Know About This Potentially Life-Threatening Problem

Check Out Why Chowing on Chicken is Good for You 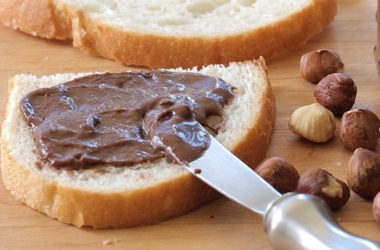 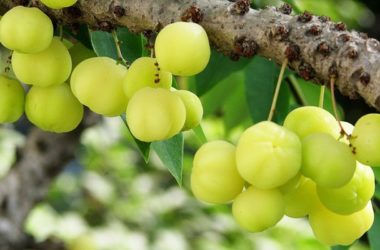 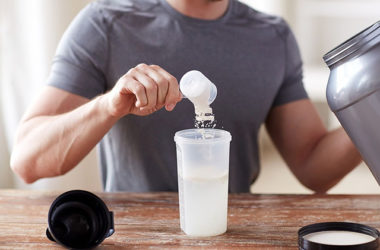 People use protein powder to have lean and muscular body, among other supplements. Protein powder can also help…