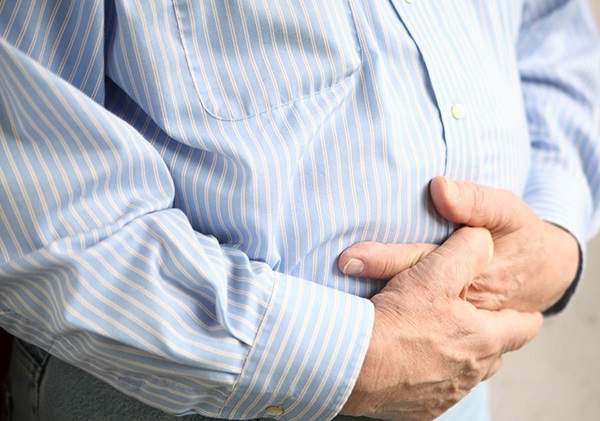 10 Ways to Get Rid of Gingivitis

Bloating is a condition that involves an abnormal swelling or increase in the size of the abdominal area. It is associated to conditions, which include constipation, acid reflux disease, lactose intolerance, since these disorders have similar causative agents and similar set of symptoms.

Bloating has several causes. According to Web MD, three common causes of bloating include overeating, fatty food consumption, and eating quickly. As per the publication, overeating possible stands as the most common cause of bloating; eating smaller portions should relieve the pain. Eating fatty foods is also a culprit, as fats take longer to digest as compared to carbohydrates and proteins. Moreover, eating more slowly prevents overeating. The reason is satiety signals can take up to 20 minutes to reach the brain and suppress the appetite.

According to United States Library of Medicine – National Institutes of Health, studies have found that 15 to 30 percent of the general American population experience bloating symptoms. As per the publication, the findings were restricted by lack of ethnic diversity, since most study participants were Americans. Nonetheless, trials that utilized parallel validated surveys in Asian populations revealed comparable prevalence rates, which is 15 percent to 23 percent. In terms of gender the condition is more common in women than in men with rates ranging from 66 to 90 percent. It is added that the natural origin of bloating is not highly absorbed and a long-term follow-up of subjects with functional dyspepsia revealed a modest relationship among self-reports over five years.

Bloating presents a number of symptoms. According to Dr. Axe’s official website, these include a protruding stomach, which is usually uncomfortable, fever, nausea, vomiting, constipation, and diarrhea. Associated symptoms include skin rashes, hives, watery eyes, itchy throat, blood in the urine and stool, unintentional weight loss, trouble going to the toilet, pain around the lymph nodes (especially in the groin, throat, and armpits), fatigue, inability to focus, irregular menses, and hemorrhoids.

While medications are available to manage bloating, the condition can also be managed with non-pharmacologic interventions.

Ginger is an answer for bloating. According to Top 10 Home Remedies, ginger has agents that reduce gas in the gastrointestinal tract, making it possible to relieve bloating. This includes pungent called shogaols and gingerols that aid in the reduction of inflammation in the intestines, aside from relaxing the intestinal muscles. To prepare, the person places slices of ginger in a cup and pours boiling water in it. Next, the cup is covered and allowed to steep for about ten minutes. Then little honey and lemon juice can be added, before consuming it for a least thrice a day. An alternative is to eat a teaspoon of fresh grated ginger before meals. Also grate ginger root can be sprinkled on the food.

Peppermint tea is another remedy for bloating. It also contains menthol, which has an antispasmodic property; just like ginger, it soothes the nerves and relaxes the muscles of the digestive tract. As per the publication, the person just needs a bag of herbal peppermint tea and a cup of freshly boiled water. The tea bag is allowed to sit in the water for few minutes. After that, the bag is pulled and the tea is consumed.

Apple Cider Vinegar is another agent for bloating. According to Home Remedies For Life, it serves as a cleanser and eliminator, which make it effective in treating indigestion. As per the publication, a tablespoon of apple cider vinegar is added to a glass of warm water. Then, the resulting mixture is consumed slowly, for two to three times a day on an empty stomach. A positive note on apple cider vinegar is that it is entirely safe during pregnancy and lactation.

Bloating may not be as serious as heart attack, but seeking medical consult helps relieve its symptoms, increasing a person’s level of comfort and well-being.

Comments
Sourceorganicfacts.net
Previous articleHealth Benefits of Quinoa and Sample Recipe
Next articleReasons for You to Eat Rose Apples

What Causes Your Morning Breakouts?