Botulism: Get to Know Some Vital Matters on This Serious Condition 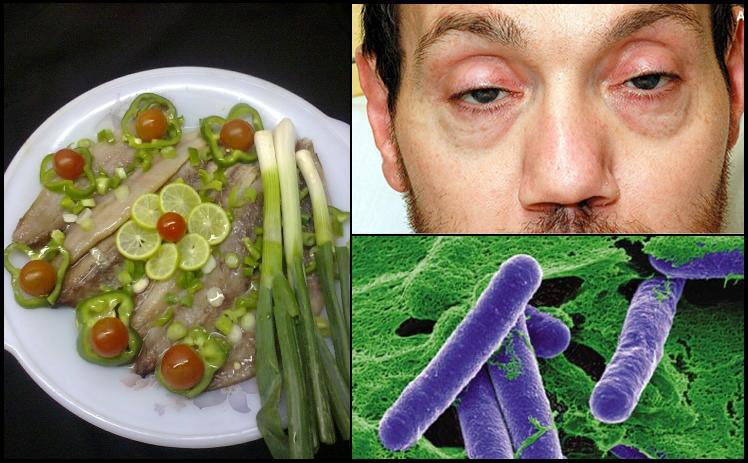 Tips on Considerably Lowering Your Risk of Cervical Cancer

How to Make Mangosteen Peel Tea (And Reasons to Drink It)

Botulism poisoning or botulism is a rare illness but nonetheless a very serious one. It’s something that needs prompt medical attention. Otherwise, muscle paralysis, breathing problems and even death may ensue.

This illness can be transmitted in a handful of ways. You may get botulism by means of the diet, which is the cause of as much as 15 percent of all botulism poisoning cases worldwide. It’s also possible for you to get it upon contact with contaminated soil. An open wound also increases your chances of having botulism. The culprit behind it is the toxin released by the so-called clostridium botulinum, a very common type of bacteria.

Botulism comes in 3 different types: infant botulism, foodborne botulism and wound botulism. Experts say that there are as many as 145 cases of botulism poisoning reported in the US alone, and about 3 to 4 percent of individuals with botulism die. About 65 percent of botulism cases all over the planet involve infants or kids below 1 years of age.

Here are some other important things that you should know about this rare and life-threatening illness:

As mentioned earlier, the cause of botulism is the toxin produced by a type of bacteria clostridium botulinum. The bacteria thrive in the absence of oxygen, and this is the reason why canned foods are potential breeding grounds for them. Some examples of food products that may be contaminated with clostridium botulinum are honey and corn syrup. When ingested, the spores of clostridium botulinum release toxins in the intestines, causing botulism.

It’s important to know that botulism is not a contagious illness. This means that you cannot get it from coming into contact or being in the same room with a person who is afflicted by it. In order to have botulinum poisoning, you should ingest clostridium botulinum via the diet, or the bacteria should enter a break in your skin.

Generally speaking, the signs and symptoms of botulism poisoning appear 12 and 36 hours after the consumption of food contaminated with clostridium botulinum.

Botulism in infants may cause initial signs and symptoms such as constipation, drooling, drooping eyelids and weak cry. The baby may also be irritable and difficulty to feed. Due to muscle weakness, loss of head control or floppy limb movements may be observed. Eventually, it’s not unlikely for paralysis to happen.

In kids and adults, botulism that is foodborne or obtained by means of a break in the skin may cause difficulty in swallowing or speaking. Dropping eyelids, weakness of one or both sides of the face, trouble breathing and paralysis may happen. If you have the illness, you will experience nausea and vomiting too.

The administration of an antitoxin is done by a doctor as soon as an individual is diagnosed with botulism, either obtained through the diet or by means of a break in the skin. Botulism in infants is commonly treated with what’s known as botulism immune globulin that blocks the effects of toxins released by clostridium botulinum.

For botulism suffers having difficulty in breathing, the use of ventilators may be warranted. In severe cases, long-term rehabilitation and therapy may be necessary. Generally speaking, someone with botulism poisoning tends to recover after several weeks or even months with proper treatment.

When canning foods at home, make sure that you follow prescribed procedures in order to avoid contamination. Discard canned food products that have bulges on them, commercially available or homemade. Refrain from feeding infants and kids below 1 years of age with corn syrup and honey as they may harbor clostridium botulinum. Boiling foods for 10 minutes helps in killing off clostridium botulinum, say the experts.

The ABC’s To Well-Groomed Brows

Common Disorders of the Colon