Broccoli is one of the vegetables people commonly see in various dishes today. One of the cruciferous vegetables from the cabbage family, broccoli comes from the Italian plural of broccolo, whch means the flowering crest of a cabbage and brocco’s diminuitive form, which means sprout or small nail. The following are some health benefits and sample recipe fro broccoli.

Some health benefits of broccoli is the improvement of vision and cellular protection. According to Mercola, the vegetable contains 60 percent vitamin A, which is associated to eyesight. Aside from vision, vitamin A helps improve skin and mucus membrane integrity. Also, broccoli is attached to protection of cells and DNA from damage. As per the publication, a study involving a group of ten smoker and nonsmokers who consumed broccoli indicated the significance of cruciferous vegetables like broccoli in the diet against DNA damage.

Broccoli also helps reduce allergic reaction and inflammation, as per Care 2. according to the publication, the vegetable contains anti-inflammatory phytonutrients like isothiocyanates and kaempferol, which are capable of reducing the effects of allergic substances in the body. Also, broccoli is rich in antioxidants, which also serve as anti-inflammatory agents.

Broccoli can also help improve the health of the heart and the blood vessels. According to one study, as cited by World’s Healthiest Foods, intake of one-third cup of broccoli daily for three months led to a reduction in the low-density lipoprotein or bad cholesterol by about 2.5 percent, not to mention that the minimum daily recommendation for cruciferous vegetables like broccoli is three-fourth cup. As per the publication, the result applied for both raw and steamed broccoli. Nonetheles, recent data showed a closer correlation between intake of steamed broccoli and bad cholesterol reduction than between intake of raw broccoli and low-density lipoprotein reduction.

Another health benefit of broccoli is the prevention and control of cancer. According to studies, as cited by Medical News Today, the sulforaphane compound found in broccoli is responsible for the vegetable’s cancer-fighting power. Some researchers also learned that sulphoraphane can freeze the function of the enzyme histone deacetylase or HDAC, which is associated with cancer cell progression. As per the publication, sulforphane is now being studied for its potential to delay or impede cancer with promising results in skin, esophageal, pancreatic, and prostate cancer. To add, broccoli’s folate helps reduce the risk of breast cancer in women, in addition to protection against stomach, colon, pancreatic, and cervical cancer. As per researchers, the vitamin is associated with its role in DNA and RNA production, together with the prevention of unwanted mutations.

One recipe that uses broccoli is Roasted Garlic Lemon Broccoli. According to All Recipes, the ingredients include the following:

To prepare, as per the publication, the oven is preheated to 400 degrees Fahrenheit (200 degrees Celsius. Next, the broccoli florets are tossed in a large bowl, along with the garlic, pepper, sea salt, and olive oil. Then, the broccoli is spread out in an even layer on a baking sheet. After that, the food is baked in the preheated oven for 15 to 20 minutes until the florets are tender enough to pierce the stems with a fork. Then, the food is removed and transferred to a serving platter. Finally, lemon juice is squeezed liberally over the broccoli before serving.

Broccoli has proven its ability to promote health with its various benefits. Thus, it can be easily added to various meal recipes for the entire family. 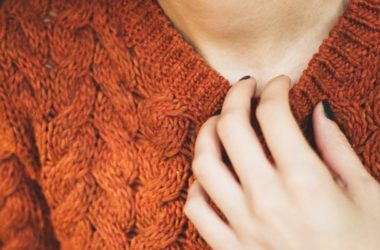 What You Need to Know About Textile Contact Dermatitis 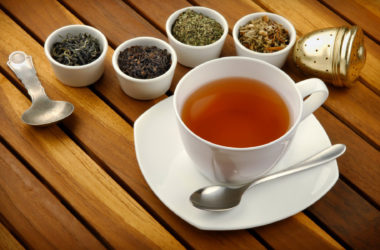 For centuries now, drinking tea has been enjoyed by many all over the planet. Aside from allowing you… 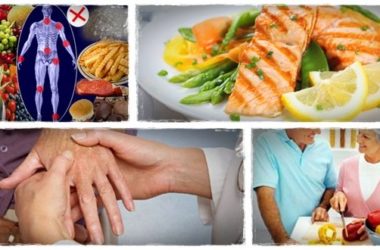 One of the most excruciating pains that torture most of the people in the aging community is arthritis.…