Can Plant-Based Diets Affect the Brain?

People are quick to switch to the latest diet trends that today, there is a rise in the number of people who follow a plant-based diet. As the name suggests, plant-based diets are heavy on vegetables or food that are made from plants, with animal-based products missing. Although this does help prevent certain health issues, like obesity, high blood pressure, and the like, it may affect our brain health.

Why Plant-Based Diet is Not Good for Brain Health?

Researchers and health experts had touted the benefits of following a plant-based diet where more fruits and vegetables should be eaten since they help reduce a person’s risk from cardiovascular disease by 32%. Following this diet can also reduce your risk from diabetes and cancer, while prolonging your lifespan.

Since the news broke out, many people shifted to a plant-based diet as is evidenced with the higher sales on plant-based products, with the number growing every year. Although there are still those who are not yet ready to give up on consuming animal products, there are those who are seeing the perks of following a diet that focuses more on leafy greens and colorful fruits.

But there is a downside to this diet. Unfortunately, with all the benefits that surround plant-based diets, we are missing an important nutrient that is essential to the brain which is choline. Choline is somewhat similar to omega-3 fatty acids in the sense that we are not getting enough of it.

Importance of Choline in Our Diet

You may not be giving this much thought, but choline does play an important role in our body such as in the case of metabolism as well as in the synthesis of neurotransmitters, support cell structure, including methylation.

Choline deficiency can lead to liver problems and even neurological disorders just to name a few. For pregnant women who are missing out on choline, the effects can be seen on their offspring as they may have impaired cognitive function. Keep in mind that choline is essential during pregnancy because it helps with the development of the brain during the fetal stages.

Unfortunately, since you are following a plant-based diet, foods like dairy, beef, fish, chicken, and eggs are going to be missing from your diet which are actually the best sources of choline. Legumes, nuts, and vegetables don’t have much choline in them which is one of their downsides.

According to the United States Institute of Medicine, the minimum intake of choline should be 550mg per day for men, 425 mg for women, and 450 mg for pregnant women. Women who are breastfeeding should get 500mg of choline every day. The problem, however, is that there is a significant number of adults who are missing out on this important nutrient.

Why People Avoid Foods with Choline

There are studies that point to the decline of choline intake with the fear of rising cholesterol levels. This is due to the American Heart Association giving their recommendation for Americans to reduce their consumption of dietary cholesterol to lower than 300mg per day or not more than eating three eggs in a week. Unfortunately, this caused choline consumption to decline since foods like eggs, meat, and dairy are avoided. Health experts have seen the error in this recommendation and has reversed their advisory somewhat as eggs, certain dairy products, and even healthy meats can now be eaten without causing cholesterol to go up. Still, not everyone is eating enough to keep their choline levels up, particularly those who are vegetarians or vegans.

Is it Possible to Increase Choline Intake on Plant-Based Diet?

Eggs, meat, and dairy are among the best sources of choline, but for those who are sticking with their plant-based diet, is there any way for them to raise their choline levels? There are certain types of vegetables like broccoli, Brussels sprouts, cauliflower, peanuts, wheat germ, and beans that do contain a small amount of choline but eating a significant amount of them to get your choline levels up can be difficult at times. For example, eating half a cup of broccoli contains about 31 mg of choline. You still have hundreds more to consume just to meet the recommended daily amount.

It is quite alarming that there is a significant number of people who are not getting enough choline in their system that supplementation should be considered. This is according to Dr. Emma Derbyshire, Ph.D. an academic researcher and registered nutritionist who published the paper on the effects of plant-based diets to the brain in the journal BMJ Nutrition, Prevention, and Health. This is important especially during pregnancy and postpartum, particularly in breastfeeding since choline is essential to fetal as well as infant development. Adults can take supplements to cover the missing choline in their system. Children, who are following a plant-based diet, may remain on the said diet as long as they find other means to supplement this essential nutrient in their diet.

The bottom line here is that there is a growing number of individuals who are not getting enough choline in their system because of the diet that they are following. That said, with proper supplementation, even those who are following a plant-based diet may stem the effects of choline deficiency in the long run.

Do You Need to Add MCT Oil in Your Diet? 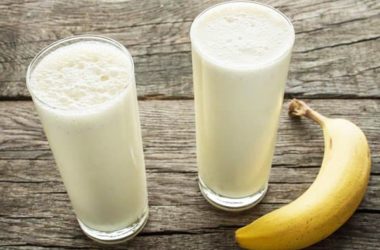 Banana Milk: How to Make It and Reasons to Drink It

Banana milk — no, it’s not banana blended with milk, but milk from bananas. So in other words,… 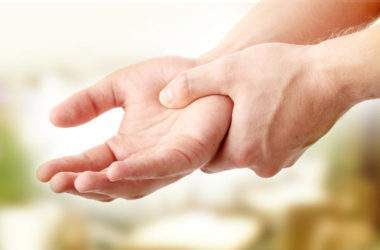 Carrying out everyday tasks can be made really challenging by hand tremors. Just imagine writing a heartfelt love… 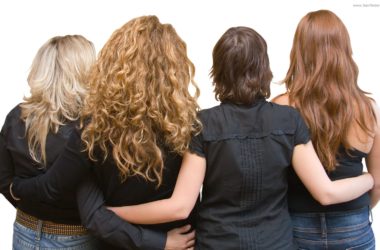