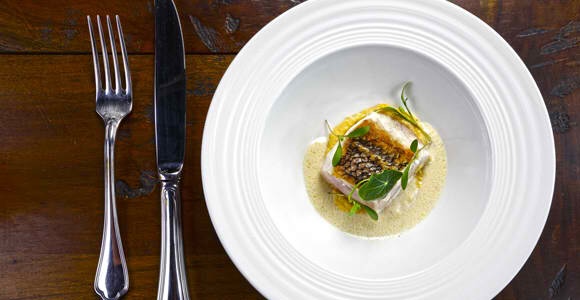 Would you like to upsize that for an extra 50 cents? That’s a question most of the population is all too familiar with. Yes, it’s a sad reality that we’re in danger of (or are we already there?) becoming a supersized nation. For an extra 50 cents we can get twice as many fries with our takeaway burger. Gone are the days of small, medium and large serving sizes. Small is now regular, medium is now large and large is jumbo. And don’t even get me started on the family-sized option. In this increasingly supersized world, it might be time to focus our bigger is better mentality on something other than our serving sizes. If you’re wondering what or who’s to blame for our now supersized appetites, look no further than your kitchen cupboards. The culprit you’re looking for is round, white, weighing in at less than one pound and might be sporting some sort of design. We’re talking about your dinner plate.

To be fair, we shouldn’t place all the blame on our dinner companion; after all, he’s only doing his job. When it comes to portion distortion, our dinner plate is the instigator of bigger is better–he encourages you to load as much food as he can carry and then eat it all in one sitting. Think about it–even if you’re not overly hungry, you’ll still load your dinner plate until it’s pretty much full, won’t you? This is a vicious circle: you’re essentially increasing your appetite by eating more food in one go, even if you’re not hungry. This means that come next dinnertime, your appetite is going to expect the same huge helping, and will be pretty cranky if it doesn’t get it.

The Simple Trick: Less is More

If you’re looking for an easy way to trim down your portion sizes to trim down in size, simply look towards the Small Plate Movement. Beginning in 2008 at the San Diego American Public Health Association conference, the Small Plate Movement–referred to as simply The Movement–combines the insight and expertise of government, media and industry bodies to help the American people cut down on how much food they’re consuming.

See also  8 Citrus Fruits You Should Be Eating More

The size-contrast illusion, as they call it, influences how much we eat in one servicing–if our serving plate is large we inevitably will serve ourselves a large meal; conversely, if our serving plate is small, we will serve ourselves less food. When you do the math it seems pretty obvious that in order to eat less we simply need to serve less food; however, if you’re still working with a large plate the size-contrast illusion will almost force you to pile more food on your plate.

To truly benefit from portion control with every meal you need to swap your oversized dinner plate with a small serving plate. It might be a shock to the system at first–mostly because you’ll be amazed by how much food you were serving yourself before–but you’ll soon find yourself eating less, wanting to eat less, and finally able to squeeze into those tight jeans that have been sitting at the back of your closet.

Healthiest Tropical Fruits to Include in Your Diet