Home Healthy Food Care for Some Carob? Know the Health Benefits of This Chocolate Substitute 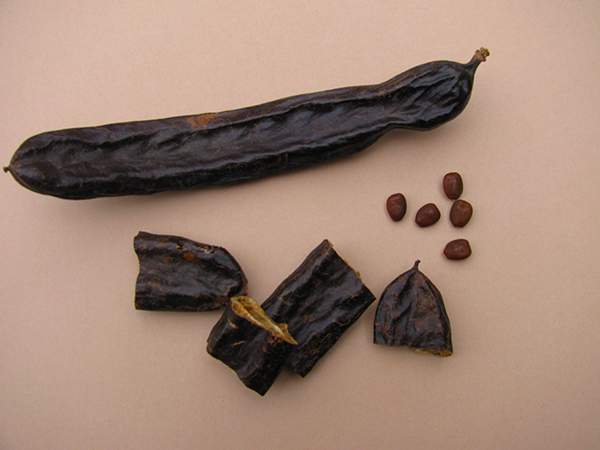 Maybe that sinful chocolate muffin you are munching on doesn’t really have chocolate in it, but a substitute called carob. It may not ring a bell, but it is actually being widely used as replacement for cocoa powder in candies, cakes, cookies and hot beverages, as well as thickener in ice cream, baked goodies and many other food products.

Native to Greece but is now widely grown all over the planet, carob is a shrub that is cultivated for its beans. Perhaps it is just now that you have heard of it, but it’s been around for thousands of years already. In fact, it was even mentioned in the Bible, and a lot of cultures have been consuming it for its nutritive value as well as medicinal properties.

Also known as locust beans and Saint John’s bread, it is traditionally consumed by Jews and Muslims on their respective holidays. Currently, it is very popular as a chocolate substitute. Check the ingredients of that scrumptious chocolate-flavored treat you are enjoying now as it may actually contain carob powder rather that actual chocolate!

We all know that a lot of sugar substitutes are bad for you, but not this substitute for chocolates — it comes from the beans of a plant so it’s loaded with antioxidants, vitamins and minerals. Here are some of the benefits that you may enjoy for consuming a food product that contains carob in it in order to achieve that unmistakable chocolate flavor:

If your bad cholesterol level is high, consider including carob-containing food in your diet. That’s because this ingredient that tastes just as decadent as chocolates contains polyphenols, which are antioxidants that are scientifically-proven to help lower bad cholesterol.

It May Promote Cardiovascular Health

Since carob can keep bad cholesterol in check, it may help save you from an assortment of health problems concerning the cardiovascular system. For instance, it may keep your blood pressure from rising, something that can increase your likelihood of having a heart attack and stroke if left untreated.

Traditional healers actually give carob to people who are suffering from diarrhea, thanks to the rich amounts of tannins in it. Tannins found abundantly in carob are also very good at dealing with a bunch of other digestive problems. Since it contains fiber, carob also helps cleanse the gut and lower your risk of colon cancer.

The Chocolate Alternative May Prevent Cancer

It May be Consumed by Diabetics

People with diabetes may feel free to consume carob because it’s not going to have a negative effect on their blood sugar levels. It’s for the fact that carob contains just a fraction of sugar in chocolate, and it’s also less in calories. Just because you have diabetes doesn’t mean you can no longer indulge your sweet tooth!

Imaging eating a delectable chocolate-flavored moist cake that not only indulges your sweet tooth but also strengthens your bones! Yup, carob is said to be capable of doing that because it supplies your body with a couple of minerals crucial for bone strength — calcium and phosphorous.

Cough, colds, flu, — these are just some of the ailments that traditional healers treat with carob due its antibacterial and antiviral properties. The chocolate substitute also has analgesic properties so it’s perfect for those with headaches, as well as migraine sufferers who can’t consume chocolates as they are regarded as migraine triggers!

Best Exercises for a Slim Waist

Is Drinking Beer Good for You?