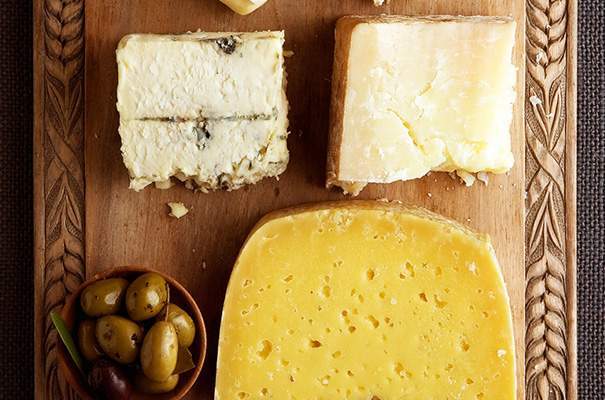 11 Easy Home Remedies for the Treatment of Vertigo

Cheese is one of the dairy products people know and have today. Processed from cow’s milk, cheese is usually an ingredient of various meals like burger, pizza, and pasta. The following are the health benefits of cheese, along with a sample recipe.

One health benefit of cheese is calcium. Calcium is a mineral that is famous for its ability to strengthen the bones and teeth. It also helps maintain the regular beat of the heart, along proper blood flow and oxygenation to various parts of the body. Without calcium, the body’s bones and teeth will be porous, resulting to conditions like osteoporosis and dental problems. Also, imbalance in calcium levels in the body may result to heart problems like irregularities in the heart beat, which cause systemic problems.

Another health benefit of cheese is the energy that it provides. According to Authority Nutrition, the the different brands, types, and manufacturing stages of cheese imply that they have various levels carbohydrate content. As per the publication, lactose or milk sugar is the primary carbohydrate in milk and some lactose is broken down into glucose and galactose during cheese production. Carbohydrates serve as the body’s fuel to perform various functions like activities of daily living. Hence, eating cheese for breakfast adds to a person’s energy level to do his tasks throughout the day.

Cheese also offers protein, not to mention that it is derived from milk. According to Dairy Council of California, as cited by Healthy Eating, American cheese has six grams of protein and cheddar cheese, Mozzarella, Parmesan, and Swiss cheese have seven, seven, two, and eight grams of protein per ounce, respectively. Protein is a macronutrient that is responsible for cellular growth and repair. Thus, damaged cells and tissues are repaired by protein building blocks called amino acids; protein also helps grow the nails and hair. Without protein, cellular growth and recovery will not be feasible.

An interesting health benefit of cheese is its ability to defend against diabetes mellitus. According to a study published in the journal “Diabetes,” as cited by GQ, mice that ate chow with butyrate, which may help the body utilize insulin more effectively, could be responsible for the 50 percent reduced insulin levels, as compared to mice that ate regular ones.

READ  15 Cancer Signs and Symptoms Women Should Not Ignore

READ  Hints That You May Have Hemorrhoids

To prepare, as per the publication, the oven’s broiler is preheated. Then, a pan is greased with aluminum foil. Next, the Parmesan cheese, mayonnaise, lemon juice, and butter are mixed together in a small bowl. Then, the dried basil, onion powder, pepper, and celery salt and added, mixed well, and set aside. Once done, the fillets are arranged in a single layer on the prepared pan and broiled few inches from the heat for two to three minutes. Next, the fillets are flipped over and broiled for few more minutes. Once done, the fillets are removed from the over and covered with the parmesan cheese mixture. The dish is broiled for two more minutes or until the topping is browned and the fish flakes easily with a fork. The publication advised not to overcook the fish; also, aluminum foil can be used to preserve the food moisture, cook it evenly, and speed up clean-up.

Cheese is considered nutritious, with its many health benefits. Hence, it can be easily added to various dishes for groups of friends or the entire family.

Have You Heard About a Brain Stem Stroke?

6 Cool Tips for that Perfect No Make Up Look

14 Steps to Cut Out Processed Food