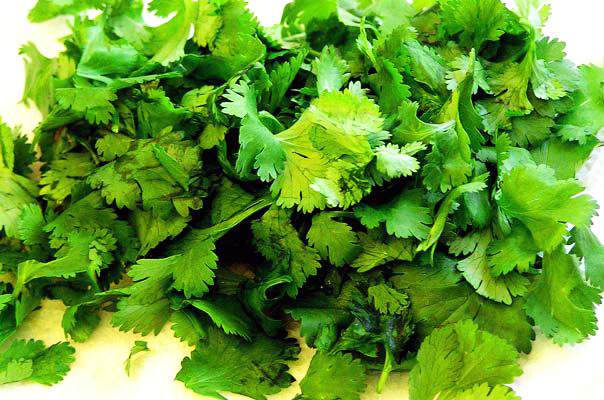 Break Your Smoking Habits Now with These 5 Tips

Cilantro, also known as coriander or Chinese parsley, is one of the herbs that people use in cooking. With the scientific name Coriandum sativum, it comes from the Apiaceae family. It is known as an edible plant, with its leaves and dried seeds usually used in the kitchen. The following are the health benefits of cilantro, along with a sample recipe.

Being a plant, it is certain that cilantro has fiber. Fiber is a substance that acts as a sweep and helps the body get rid of harmful substances like toxins and free radicals, which cause diseases like heart diseases and cancer. Fiber also increase bulk and roughage of stools, allowing easier elimination and preventing digestive disorders like constipation, diverticulitis, and hemorrhoids. Fiber also helps decrease the amount of cholesterol in the bloodstream, preventing cardiovascular disorders like hypertension, atherosclerosis, coronary artery disease, and stroke.

One health benefit of cilantro is its capacity to counter inflammation and pain. According to a study that investigated the pain and anti-inflammatory properties of cilantro seed extracts in mice, as cited by Medical News Today, it was found that the aqueous and ethanolic derivatives of the seeds showed considerable analgesic and anti-inflammatory activities; but then, more efforts have yet to be done focusing on the phytochemical constituent analysis attached in the aforementioned processes. A 2015 study also supported this data, which found that cilantro extracts demonstrated analgesic effects. It was also concluded that cilantro works with the opioid system, since naloxone, an opioid-blocking drug, inhibited such analgesic effect. With these data, -cilantro is seen as a useful analgesic and anti-inflammatory drug.

Another health benefit of cilantro is its antioxidant property. According to Nutrition and You, cilantro contains phenolic flavonoids like quercetin and essential oils, which also act s analgesic just like the aforementioned. The plant also contains 6,748 units of vitamin A per 100 grams, which reflects about 225 percent of the recommended daily intake. The vitamin is known for its role in promoting vision, along with the integrity of the skin and the mucus membranes; nonetheless, it is also known for its antioxidant properties.

To prepare, as per the publication, a large skillet is heated over medium heat and the Italian sausage and garlic are combined, cooked, and stirred frequently until the sausage becomes evenly brown in color. Next, the cooked sausage is drained in a strainer to remove the grease. One done, the beef broth, stewed tomatoes, hominy, beans, zucchini, and carrots are placed in a large oven or stock pot and brought to a boil over medium-high heat for two minutes. The heat is reduced to low and the sausage and cilantro are added and simmered for 15 minutes or until the carrots and zucchini become tender. Finally, the dish is seasoned with salt and pepper. As per the publication, the dish is  served with warm rye rolls or bread sticks.

Cilantro is considered healthy, with its many health benefits. Thus, it can be added to various dishes for groups of friends and families.

Sourcegreatist.com
Previous articleWhy You Should Include Shallots in Your Diet
Next articleHealth and Beauty Benefits of Gum Arabic

How to Increase Your Serotonin Naturally