Cinnamon: What’s Good and Bad About This Popular Baking Ingredient

When it comes to desserts and baked products, the kinds with cinnamon tend to be the most unforgettable of the bunch. Did you know that there are actually hundreds of kinds of cinnamon? However, only 4 of them are available for commercial use. What’s more, despite of what you have been reading on the internet or hearing from an officemate, there are a few downsides to using cinnamon, depending on the kind. Read on to know more about this well-known spice.

Just like what’s mentioned earlier, there are 4 varieties of cinnamon being used for cooking these days. They are: Ceylon, Cassia, Saigon and Korintje cinnamon. Ceylon cinnamon is also known as true cinnamon. The rest are the ones that are commonly available these days at your favorite supermarket.

The last 3 of the said kinds of cinnamon are also grouped under Cassia cinnamon. That’s because they are very much similar to one another. However, there are slight differences among them when it comes to the taste, color and amount of coumarin they contain.

You might be wondering what coumarin is. Before we further discuss this substance that gives certain cinnamon kinds a bad reputation, let us first talk about some of the well known uses of cinnamon — aside from cooking!

When you log on the internet and you search for the benefits of cinnamon, you are sure to be flooded with a lot of online listings. Needless to say, there are so many popular uses of cinnamon most especially because it is proven to have antioxidant, anti-inflammatory and medicinal properties.

For instance, cinnamon is known to be beneficial for individuals with diabetes as the spice is said to help improve insulin resistance. It is also effective in reducing your risk of having cancer and heart disease. Cinnamon is believed to protect the brain cells, helping to ward off Alzheimer’s disease.

Many also apply cinnamon topically to deal with a host of cosmetic problems. Cinnamon paste (made of cinnamon powder and a few drops of water) can be used to dry out pimples, soothe acne, disinfect wounds and even erase fine lines.

Yes, it’s easy to see all of these cinnamon benefits and more on the internet. All the wonderful things offered by cinnamon are just a few mouse button clicks away. But what you don’t see often in cyberspace is this: in order to enjoy all of the benefits the spice brings, it’s important to use Ceylon cinnamon, the true cinnamon.

Why, you may ask. It has something to do with coumarin, the substance mentioned earlier. Coumarin is known to cause liver damage most especially in excessive amounts. Among all the various kinds of cinnamon, Ceylon cinnamon contains the lowest amounts of coumarin. On the other hand, Cassia (and that includes Saigon and Korintje due to their similarities) has large amounts of coumarin. Here’s the deal: as much as 70 percent of North American household use Cassia cinnamon.

Here’s a quick look at the coumarin content of the different kinds of cinnamon:

Cassia cinnamon is widely produced and available because it is very cheap. Although slightly more expensive than Cassia cinnamon, Saigon cinnamon had recently enjoyed an increase in popularity. That’s because it is spicier and sweeter at the same time. Based on the chart above, however, this kind of cinnamon contains the highest amounts of coumarin.

Ceylon cinnamon, the one with super low amounts of coumarin, can be very costly to manufacture because the entire process needs to be painstakingly done by hand. However, it’s the best kind to be used for the creation of fine desserts due to its subtle flavor and mild scent. Ceylon cinnamon is also the one to opt for if you intend to regularly consume the well-known spice in order to enjoy the many health benefits it is said to bring. 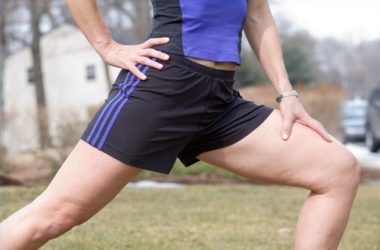 6 Effective Ways To Strengthen Your Hips

It’s no secret that when we age, we tend to feel pain in different parts of our body.… 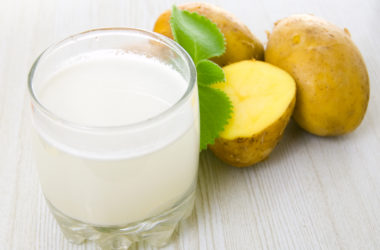 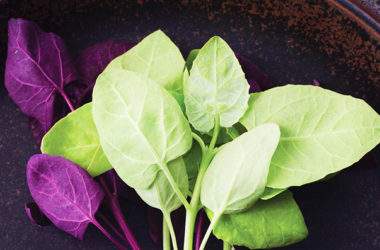 Why You Should Start Consuming Orach

One of the most unusual things about orach is its ability to thrive in saltwater. It’s for this…