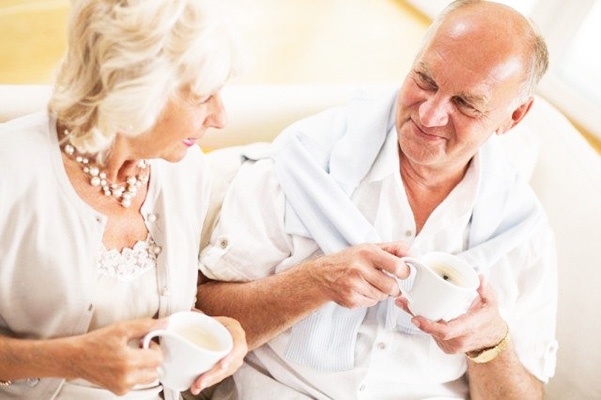 Are you an avid coffee drinker? Do you fear suffering from Alzheimer’s or Parkinson’s disease when you’re older?

If you answered yes to both questions, then you’re in luck — according to a latest study conducted by experts at the University of Toronto and also the Krembil Research Institute situated in Canada, the regular intake of coffee may actually help considerably reduce a person’s risk of developing Alzheimer’s and Parkinson’s disease one day.

Keep on reading to know how your fondness for a cup of Joe could keep Alzheimer’s and Parkinson’s at bay.

Got family members and friends who are also coffee lovers? Then make sure that you share this article on your various social media sites afterwards to encourage them to keep up the good work!

Not the First Study

Actually, this is not the first time that researchers looked at the neuroprotective properties of coffee. For years, many different scientific investigations have been linking coffee consumption with reduced risk of Alzheimer’s and Parkinson’s disease. However, this is the first time that some people decided to dig deeper.

What they found out is this: laboratory tests showed that certain compounds in coffee may help prevent the clumping together of amyloid beta and amyloid tau.

Put simply, both amyloid beta and amyloid tau are types of amino acids, and higher concentrations of them are found in the brain of individuals who are suffering from Alzheimer’s and Parkinson’s disease. Well, there is actually another compound, a type of protein to be exact, that can be blamed for Alzheimer’s and Parkinson’s disease: alpha synuclein.

Collectively, amyloid beta, amyloid tau and alpha synuclein form plaques, which are deemed by health authorities as both the key indicators as well as primary cause of Alzheimer’s and Parkinson’s disease.

Based on the latest study held in Canada, it appears like compounds in coffee called phenylindanes are the ones that are keeping amyloid beta and amyloid tau from accumulating. It may not have the same effect on alpha synuclein, but being able to ward off the clumping of 2 out of 3 culprits is not bad.

The said study, by the way, also investigated which among the various types of coffee had the most neuroprotective properties: light roast, dark roast and even decaffeinated dark roast.

Results have shown that it seems like all of the different types of coffee yield good amounts of phenylindanes. So in other words, each one of them may help fend off Alzheimer’s and Parkinson’s disease by preventing amyloid beta and amyloid tau from clumping and forming plaques.

However, it is said that dark roast coffee seems to offer the most anti-Alzheimer’s and Parkinson’s disease perks, and it doesn’t matter if it’s the caffeinated or decaffeinated kind.

Caffeine Not a Role Player

Most investigations in the past that aimed to establish the link between coffee consumption and reduced risk of both Alzheimer’s and Parkinson’s disease assumed that it’s caffeine that provided the neuroprotective properties of coffee. Since in the latest study even decaffeinated dark roast coffee tends to exhibit the ability to fend off the clumping of amyloid beta and amyloid tau, then caffeine has to be removed from the equation.

So in a nutshell, it doesn’t matter whether you drink caffeinated or decaffeinated coffee — as long as you opt for dark roast coffee, you may reap the perks.

Rib Reduction FOR A SMALLER WAIST: Is it for real?