It is said that about 1/3 of all couples in the United States who are having a hard time conceiving can be attributed to problems with the female fertility. Consulting a specialist is a good idea if you are trying to get pregnant but cannot despite of attempting to conceive in over 12 months, or less if you’re over 35 years of age.

Below are some of the common causes of fertility problems in women. You will also learn about the various symptoms and possible treatments for each one of them.

As the woman ages, the number of eggs her ovaries produce declines tremendously. It’s not just the number of eggs that is affected, but also the quality. This is the reason why after the age of 35, most women who want to conceive may find it somewhat harder to succeed.

Some of the possible solutions to having poor egg quality include the administration of fertility drugs and IVF (either using your own eggs or those of a donor). Experts in female fertility say that women who undergo IVF using the eggs of donors have approximately 55% of successfully having a baby for every IVF cycle (one IVF cycle is about a couple of weeks).

One very common reason behind infertility in women is problems with ovulating. This occurs when the eggs fail to mature inside the ovaries, as well as when the ovaries are incapable of releasing a mature egg. There are various telltale signs that you have problems with ovulating. They include: infrequent or absent periods, and the absence of common premenstrual symptoms like tenderness of the breasts and bloating.

In order to deal with problems with ovulating, it’s a good idea to attain and maintain a more ideal body weight. Something that’s too high or too low can wreak havoc to a female’s reproductive system, thus making it hard for her to conceive. Specialists may recommend the administration of fertility drugs and in vitro fertilization or IVF wherein the mature eggs are collected from the ovaries and fertilized by sperm cells in a laboratory.

One of the reasons why some women have trouble conceiving is the condition known as endometriosis. This occurs when the endometrial tissue (tissue found in the lining of your uterus) grows elsewhere in the body other than inside in the uterus. The abdomen and pelvis are places where endometrial tissue might grow.

Some women may have endometriosis but do not know it due to the absence of signs and symptoms. In case they are present, it’s not unlikely for a woman with endometriosis to experience pain in the pelvic area, unusual spotting and unnaturally heavy bleeding during her period. A female with the condition may also have painful sexual intercourse.

Having the endometrial tissue that developed outside the lining of the uterus removed surgically is one of the possible solutions to help a woman with endometriosis able to conceive. The administration of fertility drugs, artificial insemination and IVF are other possible solutions a specialist may recommend.

When small follicles in the ovary refuse to enlarge and develop, they fail to release eggs. This condition is known as polycystic ovarian syndrome or PCOS. It is also characterized by ovulating patterns that are erratic as well as hormonal imbalance. Women suffering from PCOS experience irregular menstrual periods, acne, excessive weight gain and hirsutism (abnormal growth of hair on the face and body).

There are different solutions to help a woman with polycystic ovarian syndrome to successfully become pregnant. They include: administration of fertility drugs, IVF and ovarian drilling (a laparoscopic surgery that helps trigger ovulation). A lot of overweight women with PCOS who lose anywhere from 5% to 10% of their body weight may also start to ovulate again.

There are times when the cause of difficulty in conceiving is caused by damaged or blocked fallopian tubes. The condition keeps the sperm cells from getting to the egg as well as keeps any fertilized egg from getting outside the ovaries and into the uterus. A woman may have problems with the fallopian tubes and still not know it due to the absence of symptoms.

Some of the top causes of fallopian tube problems include: sexually transmitted infections, pelvic inflammatory disease and sterilization surgery previously done. The solution to this problem is surgery to have the blocked fallopian tubes opened. In case surgery is unsuccessful such as because of fallopian tubes that are too damaged to be repaired, the fallopian tubes may have to be removed before the woman undergoes IVF.

Eliminate Bloating with These 8 Proven Ways

Gas pain, belching, and bloating happens when your belly is tight, full, or swollen after you eat. It… 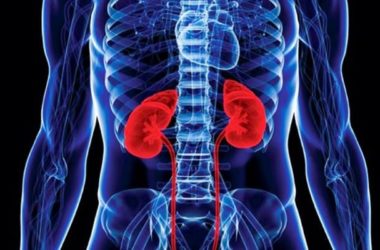 What are the Warning Signs of Kidney Disease?

Experts estimate that over 30 million people in the United States have kidney disease, and majority of them… 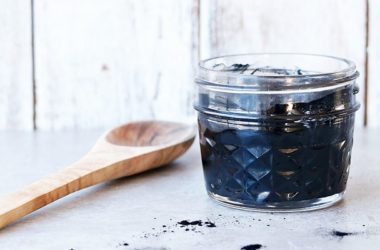