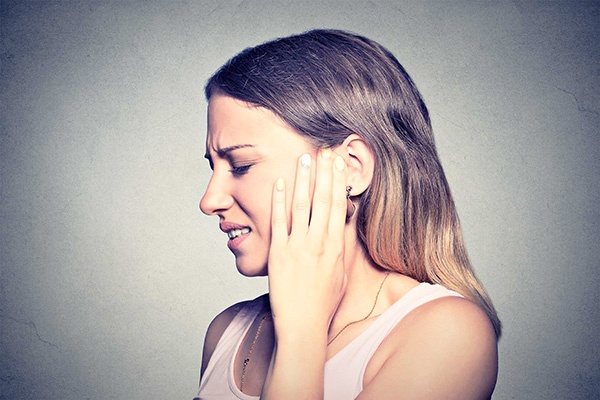 Don’t Chicken Out on Fighting the Symptoms of Chickenpox! – Here are Some Good Natural Remedies

Is the snooze button bad for you?

Tinnitus is oftentimes referred to as ringing in the ears. Despite of that, it’s not all the time that the sound perceived by the individual experiencing tinnitus is the ringing kind. The sound perceived, which is not present in or coming from the environment, can range anywhere from a steady hum to a meddling roar.

According to health authorities, tinnitus is not a disease. Rather, it is usually a symptom of an underlying problem. There are many different things that can cause tinnitus to strike. If you are interested to know some of the most common ones, keep on reading — below are some of the usual culprits behind tinnitus.

It’s no secret that the process of aging causes all kinds of changes in the body. The passing of years can have an effect in your inner ear, which can cause presbycusis — hearing loss as a result of aging. Presbycusis is usually seen in individuals who are over 50 years old, and one of the symptoms it comes with is tinnitus.

Sadly, the effect of aging on the ears is permanent and oftentimes progressive, which means that once hearing loss is there it’s going to be around for good.

One of the most common causes of tinnitus is exposure to loud or excessive noise. It’s for the fact that it can cause structural damage to the inner ear. Construction workers, military personnel, air traffic controllers and musicians are some of those that are at high risk of tinnitus due to the fact that they are constantly exposed to loud or a lot of noise.

If you’re a music lover who likes listening to your favorite tracks loudly using a pair of headphones or earphones, you may also find yourself battling tinnitus sooner or later.

The accumulation of too much earwax can diminish hearing, and this can give rise to tinnitus. Doctors say that one of the things that can increase risk of earwax buildup is at-home removal of earwax. Needless to say, it’s a much better idea to leave your ears alone — it’s actually capable of cleaning itself.

It’s important to note that too much earwax is not the only issue that can cause tinnitus. Dirt, loose hair and small foreign objects can also collect in the ear and cause tinnitus due to reduced ability to hear.

Health authorities confirm that having an unhealthy lifestyle can cause tinnitus to come into being. Some of the things that can cause tinnitus to strike include cigarette smoking and excessive alcohol intake. Experts say that the poisonous substances these habits introduce to the body can have unfavorable effects on the inner ear.

A lot of people who are leading stressful lives suffer from tinnitus. The same is true for those who consume excessive amounts of caffeinated drinks and sodium-rich foods.

Put simply, Meniere’s disease is a condition that involves the inner ear. A telltale sign of it is a specific type of dizziness called vertigo, which is something that can make it seem like the room is spinning. It’s also not uncommon for sufferers of Meniere’s disease to complain about hearing loss and tinnitus.

Unfortunately, there is no known cure available for Meniere’s disease. There are, however, pharmaceutical solutions as well as home remedies that can help in the management of the symptoms it brings.

Aside from Meniere’s disease, there are many other medical conditions around that are also known to cause tinnitus. Most of them are those that can cause damage to the nerves — including the auditory nerves that send signals from your ears to your brain and vice versa — such as diabetes and fibromyalgia.

Comments
Sourceglobaltake.com
Previous articleDiet Essentials for 2019
Next articleTips on How to Stop Monthly Meltdowns

Smoking And Its Various Effects On Women’s Appearance