Common Conditions That Can Cause Joint Pain 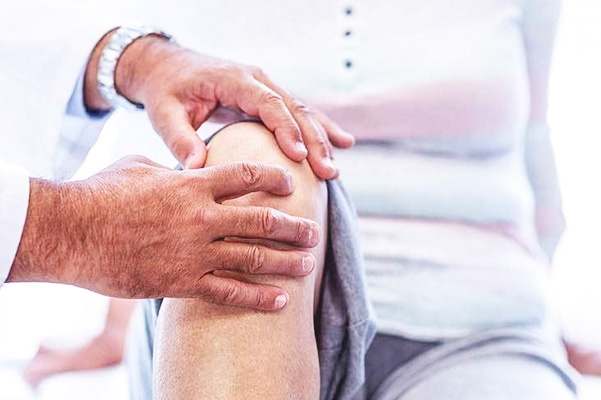 How to Reset your Body Clock

How to Get the Most Energy Out of Your Day

How to get thicker Hair Naturally

Joint pain is very common, according to a national survey which revealed that about a third of all participating adults reported suffering from joint pain within the last month. Most of them encountered knee pain, while some said that they were bugged by shoulder and hip pain.

However, it’s important to note that pain can strike just about any other joint in the body, from the neck, elbow, wrist to the ankle joint. With so many different joints that can be affected from head to foot, it’s no wonder why joint pain is being reported by many!

In order to deal with joint pain, it’s important to get a diagnosis — joint pain can be due to so many things such as overuse of the joint, joint injury to one of the hundreds of types of arthritis known to man. Once a diagnosis is made, it can be easier to treat or put under control the problem.

This article will get you acquainted with some medical conditions that are commonly behind most cases of joint pain. Don’t forget to share this article on your different social media sites afterwards so that everyone you care about may get to know these reasons, too.

According to health experts, osteoarthritis is both the most common form of arthritis and cause of joint pain out there. In fact, in the United States alone it is estimated that 27 million people are suffering from it. Put simply, osteoarthritis is characterized by the wearing and tearing of the cartilage in the affected joint.

Contrary to popular belief, it’s not just the elderly that can be bugged by osteoarthritis but also younger people. This often debilitating joint disease has nothing to do with age, although age is a risk factor for it. Doctors say that other risk factors for osteoarthritis include diabetes, being obese or overweight, and a previous joint injury.

Does the word psoriatic in psoriatic arthritis sound like psoriasis? Well, that’s because they are related to one another. It is said that around 30 percent of all people who are suffering from psoriasis are likely to end up with psoriatic arthritis, a form of arthritis that’s characterized by pain, swelling and stiffness caused by the immune system itself.

READ  Boost Blood Circulation in Hands and Fingers with These Tips

Experts say that the signs and symptoms of psoriatic arthritis, which can range anywhere from mild to severe, may appear suddenly or show up gradually. Some of the joints that psoriatic arthritis tends to affect the most include the finger, toes, ankles, knees, lower back and wrist joints.

READ  What is Alcoholic Nose?

Another medical condition that can be blamed for most cases of joint pain is called lupus, which is a chronic or long-term type of autoimmune disease. Just like with other autoimmune diseases out there, there is no known cure for lupus, but it’s possible to fend off flare-ups and also manage the signs and symptoms via medications and home remedies.

One of the most commonly reported symptom of lupus is joint pain. In fact, up to 90 percent of all people who are diagnosed with the autoimmune disease have joint pain. Additionally, over 50 percent of individuals with it say that joint pain was the very first symptom they encountered before being diagnosed.

Sourcehealthline.com
Previous articleHave You Heard About Achalasia? Here’s What You Need to Know About It
Next articleHere are the Risk Factors for Osteoporosis in Men