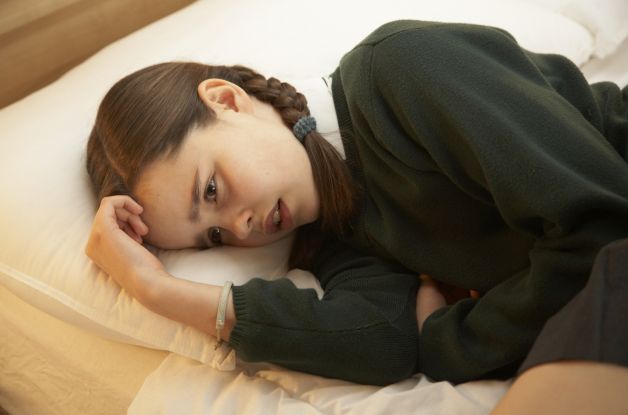 Simple Tips to Reduce Morning Stiffness Due to Arthritis

There are so many unfavorable symptoms of arthritis, and joint stiffness is just one of those. This particular problem tends to make its...
Read more
Healthy Food

Breast cancer is the leading cause of female deaths due to cancer in the United States. Processed food and lack of exercise make us...
Read more
Home Remedies

It is never pleasant feel the itchy bites of mosquitoes on your skin. When left untreated, the constant scratching of the skin might cause...
Read more
Healthy Food

Pinto beans are regarded as the most common beans on the planet. Just like other beans, they are excellent sources of protein most especially...
Read more
Roxy Lara

For many, summertime means sun, surf and sand, but the season can also bring asthma attacks, ear infections and blistery rashes on the hands and feet.

Here are seven health woes that are more likely to occur in the summer months than at other times of the year.

Summer can be a dangerous time for kids and adults with asthma. More smog and air pollution, high pollen levels and increased mold growth due to high humidity all cause a spike in asthma attacks, said Dr. Adam Vella, assistant professor of pediatric emergency medicine at Mount Sinai School of Medicine in New York.

If you are prone to asthma attacks, continue taking your daily controller medications throughout the summer and keep a close eye on pollen and air pollution levels, Vella said. He advised checking local air pollution and pollen counts at airnow.gov.

“If levels are high, it may be best to stay indoors, in air conditioning, if possible,” Vella said.

Technically known as otitis externa, the common infection called swimmer’s ear leads to an estimated 2.4 million doctor’s visits and $500 million in health care costs each year, according to the Centers for Disease Control and Prevention (CDC).

To prevent water from getting stuck in the ear canal, dry your ears thoroughly after swimming or showering, said Dr. Jennifer Shu, an Atlanta-based pediatrician and medical editor for the website, healthychildren.org.

To do this, use a towel, the CDC recommends. Tilt your head so one ear faces down to allow water to escape the ear canal. Then gently pull your ear lobe in several directions to help the water drain out. If the water is still stuck, you can use a hair dryer to remove it keep the dryer on the lowest heat setting and hold it several inches away from your head.

Ear care is especially important during the summer months when heat and humidity can fuel the growth of the bacteria and fungi that can cause swimmer’s ear. And, never stick a cotton swab or other object in your ear. “Leave the ear wax alone it protects the lining of the ear from infections such as swimmer’s ear,” Shu said.

READ  Tips on How to Quit Eating Sugar

The United States Department of Agriculture estimates that foodborne illnesses are two times more common during the summer months than during other parts of the year. That’s because the bacteria that cause food poisoning grow fastest in hot and humid weather.

According to the CDC, 76 million people fall ill with food poisoning each year. Older adults, young children and anyone with a weakened immune system may be more susceptible to food poisoning.

“It can be devastating for older adults, especially those with one or more chronic conditions,” said Dr. Michael Stern, co-director of the geriatric emergency medicine fellowship at Weill Cornell Medical College in New York. “Loss of water volume and electrolytes due to a diarrheal illness can cause dehydration, as well as kidney, heart and muscle problems for older adults,” Stern said.

Prevent food poisoning by keeping perishable foods refrigerated or in a cooler with ice, Stern recommends. Food left out of refrigeration for more than two hours may not be safe to eat. In temperatures higher than 90 degrees Fahrenheit, food should not be left out for more than one hour.

Hyperthermia a group of heat-related illnesses ranging from heat exhaustion to heat stroke happens when the body overheats. Older adults are more susceptible to hyperthermia, because people lose some of their ability to dissipate heat as they age.

To prevent heat-related illnesses, avoid exerting yourself outdoors during the hottest hours of the day, and seek air conditioning on hot days, many communities set up local cooling centers and drink eight to nine glasses of water a day. However, “Consult with your physician on how much water you should drink if you were told to limit fluid intake for a condition such as congestive heart failure, kidney or liver disease,” Stern said.

The summer-loving Coxsackie virus causes hand, foot and mouth disease. Infections, which usually affect children younger than ten, can cause fever, sore throat, oral ulcers and small blisters on the hands and feet. “Fever, drooling, and not wanting to drink are telltale signs of a coxsackie infection in toddlers,” Vella said.

Coxsackie is spread person-to-person through saliva, mucous and feces. Symptoms usually go away on their own within a week. A saltwater mouth rinse of 1/2 teaspoon of salt dissolved in a glass of warm water may help soothe the pain from mouth ulcers, Shu said. Cool, soft foods such as Jell-O and applesauce can help too. But if your child becomes dehydrated from not drinking or develops a high fever, seek medical help, Shu said.

READ  The 20-Minute Yoga Workout to Lose Weight
READ  What Happens to Your Brain When You Miss Out On Sleep?

The most common insect-borne disease in the U.S., Lyme disease peaks during the summer months when people are exposed to ticks in yards and woods. In fact, 65 percent of new cases reported between 1992 and 2006 occurred in June and July, according to the CDC.

The CDC recommends seeing a doctor if you experience fever, headache, body aches, rash, facial paralysis or arthritis after a tick bite. The disease can be treated with antibiotics, but if left untreated, it can lead to joint, heart and nerve damage.

Prevent tick bites by using a repellent that contains 20 percent or more DEET on exposed skin, and one that contains the insecticide permethrin on clothing. Always conduct a full-body tick check after coming in from a wooded or bushy area.

Eighty-five percent of people are allergic to urushiol, the oil found in the sap of plants such as poison ivy, poison sumac and poison oak, according to the American Academy of Dermatology. Though you can get a rash from a poison ivy plant at any time of the year (even in the winter when the plant has no leaves) poison ivy is more common in the summer when people are more likely to have contact with the plant on their skin.

Painful swelling and itching can be treated at home with hydrocortisone cream or calamine lotion and an oral antihistamine. But see a doctor if the rash appears on your eyelids, lips, face or genitals, the skin around the rash appears infected, or you have a fever prescription medication may be needed.

Pass it on: Some infections and diseases are more common in the summer.

To maintain a healthy lifestyle we need to get used to eating well balanced meals with healthy snack in between. Eating a snack every...
Read more
Healthy Recipe

Caraway is one of the common herbs and spices in the kitchen. With the scientific name Carum carvi, the plant is also called Persian...
Read more
Home Remedies

The lining of your nose should be moist all of the time. Otherwise, it may become prone to cracking, which is something that can...
Read more
Home Remedies

Every person who will walk on this planet will experience itchy eyes at some point in their lives. For some, it is a recurring...
Read more
Daily Health Tips

Everyone knows that diabetes is a health problem that involves high levels of sugar or glucose in the blood. But have you already heard...
Read more
Load more

How Many Calories Do You Burn Lying Down

Best Foods to Eat After Working Out