Contusion vs. Concussion: Know the Differences Between These Two Serious Head Traumas 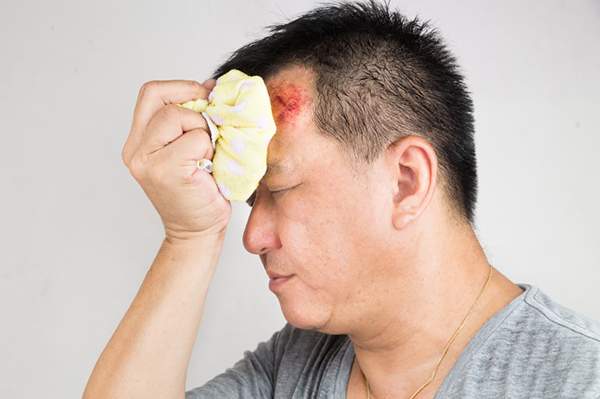 Risk Factors of Stroke That You Should Know

It’s in the skull where the brain is situated, so any trauma to the head can be scary. Blunt force is one of the most common reasons for having the brain injured. Experts categorize two primary brain injuries as contusion and concussion. It’s very much likely that you have heard of these two before and you are sure that both of them are injuries to the head.

Read on and get to know the most important differences between a contusion and concussion that you should know about. Whether it is you or somebody you love or know who is recuperating from any of these head traumas, having a better understanding of the medical condition can give you what to expect while on the road to recovery.

A contusion refers to the bruising of the brain. Needless to say, there is bleeding present as evidenced by the development of a bruise. A contusion is often caused by a strong impact to the head, and it commonly takes place where the brain is right next to the skull’s sharp ridges.

The symptoms of a contusion depend on the injury’s severity or extent, as well as which part of the brain is affected. You can tell that someone has incurred a contusion when he or she loses consciousness or seems very sleepy. The person may also experience memory loss, problems with coordination, changes in behavior or personality, and trouble with speech or vision. There are instances, too, wherein he or she has a seizure.

It is the extent of the head trauma upon which the treatment depends. Usually, hospitalization is warranted in order to have the individual go through several different tests. Also, it is in a hospital setting wherein he or she can be observed properly. Some of the tests that may be done in order to determine the location and severity of the concussion include ultrasound and magnetic resonance imaging (MRI).

Mild cases of contusion may require very little medical attention. A person who incurred a mild contusion only needs to rest, although he or she may require further observations. Severe cases of contusion may sometimes require surgery, especially if there’s significant bleeding or clotting in the injured part of the brain. There are cases, too, wherein coma or even death may ensure because of an intensive trauma to the brain.

Unlike a contusion, there is no physical damage to the brain. It is characterized by an alteration in the functioning of the brain. Despite of the absence of a bruise in the brain, someone who incurred a concussion still requires immediate medical attention. There are certain risks involved especially when the fact that the brain moves back and forth in the skull is considered. By the way, concussions are very common among those who engage in contact sports. Experts say that car accidents are some of the most usual causes of concussions.

Some of the symptoms of a concussion are so mild that they tend to be unnoticeable, and they can stay around for several weeks or sometimes months. Loss of consciousness is one of the immediate symptoms of a concussion. A person who incurred it may also experience tinnitus (ringing in the ears), headaches, dizziness, slurred speech, sensitivity to light and even changes in personality.

Experts say that headaches and vertigo stemming from a concussion may last for months. They add that a person who sustained this particular type of head trauma is also at risk of epilepsy. Repeated concussions may even result in a decline in the brain’s ability and functionality.

Taking lots of rest is the most common recommendation given by experts to those who sustained contusions. Aside from rest, it is also a good idea for the sufferers to limit activities that engage the brain while recovering.