Core Workout For the Chest 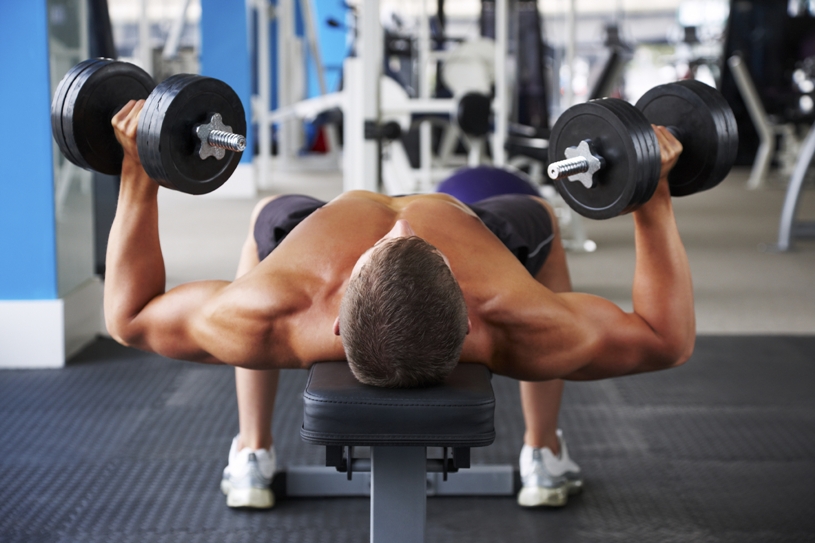 Home Remedies That Keep Constipation From Regularly Ruining Your Day

A Quick Look at Polycystic Kidney Disease and Its Various Treatments

Along with broad shoulders, wide back, big arms, strong-looking legs, and chiseled abs, a lean chest is one of the goals of most men in the gym. It does not only give an aesthetic look, but it also offers boosted masculinity and self-esteem.

There are several chest exercises one can do at the gym and they target the chest in various angles. However, there are certain exercises that one must incorporate in their routine for a full chest development, without the need of doing all available styles for the chest.

Training the chest involves training it in three parts – the upper, the middle, and the lower portion. The rationale behind the partitions is the angle of execution for each exercise. This means that the chest is activated best by varying the angles used for the workout. The upper chest is trained in exercises done on an inclined angle while the middle chest is stimulated by exercises on a flat bench. Meanwhile, the lower chest is best stimulated by exercises on a decline bench. The inclined and declines bench should have a 30 to 45-degree angle.

The barbell press starts with loading the bar with proper weighted plates; it is important to be careful while loading the bar, since improperly doing it may lead to the bar and plate falling and some accidents. The person lays on the bench with the feet flat on the ground, with the back arched, and with the shoulder blades retracted. Then, with the bar held with a medium and pronated grip, the person removes it from the rack and holds it above the chest with the arms extended. The bar is lowered to the sternum by flexing the elbows; it is important to control the up and down movement and not to bounce the bar off of the chest to prevent injury. The latissimus dorsi should remain tight while the elbows should be slightly drawn in. Once the bar touched the torso, the person extends his elbows to return the bar to the starting position. This exercise is usually done with eight to 12 repetitions and the same directions apply for the inclined, flat, and decline barbell press.

The dumbbell press has the same objective as the barbell bench press; however, the key difference between the two is that the dumbbell press provide more range of motion that the barbell bench press. According to Dummies, the person lies on the bench with a dumbbell in each hand and the feet flat on the floor. Then, the dumbbells are pushed up so the arms are directly over the shoulders. After that, the person lowers the dumbbells to a point where the elbow are slightly below shoulder level. Then, the weights are pushed back up and the movement is repeated for eight to 12 times. A key point is to roll the shoulder blades back and down while accentuating the chest. Another is to make sure that the elbows are not locked and the shoulder blades should not rise off the bench.

The chest dips stand as part of the core chest workout, since it helps bring a set of pecs of a Greek god or the Hulk, according to Chest Sculpting. As per the publication, the exercise also work the entire upper body and give the person a hormonal boost for muscle growth and definition. The person props himself up with the arms straight and the elbows locked out. Then, the knees are bent to help balance the weight as the person leans forward, a position that engages the chest. Then, while breathing in, the body is lowered by bending at the elbows in a controlled manner. The person stops when the shoulders and the elbows are of the same level. Then, the person breathes out while slowly raising himself back to the starting position.

Finally, the push-ups is a conventional core workout for the chest. It can be done anytime and anywhere, such as at the workplace, since a person will not need any equipment to do the exercise. The person lies on the floor face down and the hands about 36 inches apart while the torso is held up at arms length. Then, the person lowers himself downward until the chest almost touches the floor as he inhales. After that, the person breathes out and presses his upper body back up while squeezing the chest. Following a short pause, the person lowers down again and repeats the movement for as many repetitions as needed.

See also  A Look at Some Vital Information on Lazy Eye

Aside from the aforementioned core exercises for the chest, a set of chiseled chest can be achieved if there is consistent training, proper nutrition, and adequate rest.

Tips on How to Stay Slim and Young the Japanese Way