Why Do You Cough When Cleaning Your Ears?

We cough when there’s an obstruction in the air passages such as a foreign object (dust, food, etc.) or mucous. In other words, coughing is actually your body’s way of expelling anything in your airway that can impede breathing.

However, you may have noticed that you also cough when cleaning your ear with a cotton swab. If you’re wondering why such happens each and every time, then this article is for you. Continue reading to know the reason behind your coughing whenever you are trying to get rid of earwax using a cotton swab.

It’s All About the Eustachian Tube

There’s a part of your body that is the culprit behind such — the Eustachian tube, a narrow passage that goes from your middle ear to the pharynx, which is a cavity that connects the back of your nose and mouth to the esophagus.

According to medical experts, the Eustachian tube is there to help keep the pressure in your middle ear and the outside environment equal. It’s not always that the Eustachian tube can carry such task flawlessly. For instance, it can get blocked from time to time, such as when you are flying.

Since the Eustachian tube stretches from the middle ear to the pharynx, stimulating one end of it can actually lead to the triggering of the cough reflex once the pharynx senses such stimulation on the far end of the Eustachian tube. This result in coughing, even though there is no foreign object or mucous that needs to be removed from the air passages.

So in other words, the coughing that takes place due to the stimulation of the Eustachian tube has nothing to do with your body making sure that nothing obstructs your breathing, which is the primary reason why you cough.

Everyone knows that it’s not a good idea to place a cotton swab deep into the ear canal. It’s because of the fact that it may cause the eardrum (also known as “tympanic membrane”) to become damaged or perforated, which is something that can cause an infection of the middle ear. More importantly, it can lead to loss of hearing.

If you are coughing when cleaning your ear, it only means that the cotton swab is inserted too far into your ear canal as to cause the stimulation of the Eustachian tube.

Always remember this: when you cough while cleaning your ear, you’re using a cotton swab in the wrong way! 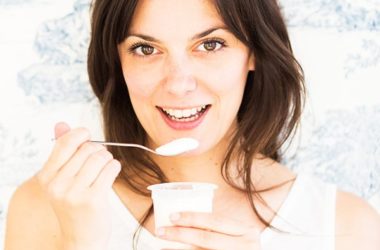 Get to Know Some Healthier Alternatives to Laxatives

Also sometimes referred to by doctors as purgatives, laxatives are medications formulated to loosen stools and thus promote… 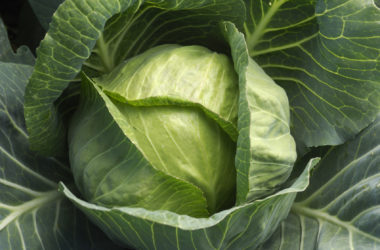 The cabbage vegetable is one of the most nutritional vegetables out there. It comes from the cruciferous or…

Sore throat stands as the painful, itchy, and irritated sensation felt on the throat. It mainly involves difficulty…