We all know that things such as stress, lots of coffee, a nasty hangover, exposure to loud noise, glare, lack of sleep and intake of certain types of processed foods or drugs are some of the most common causes of a headache. Did you know that some people end up with a bout of headache after coughing?

If you, too, also tend to have a headache after coughing, keep on reading. This article will get you introduced to some of the most important matters you need to know about cough headaches which you are experiencing.

Don’t forget to share this article on your various social media sites afterwards — some of the people you care about may actually be wondering why they end up with a headache after coughing.

No one really knows the reason why cough headaches strike after coughing. However, scientists believe that it has something to do with the sudden increase in the pressure in the blood vessels surrounding the brain.

Despite of the name, cough headaches can occur due to other reasons that involve straining. Some examples include sneezing and straining such as while you’re having a bowel movement — it’s for this reason exactly why a cough headache is also sometimes referred to as the valsalva-maneuver headache.

According to medical authorities, cough headaches are more common in men than women. They add that they are also usually experienced by individuals who are 40 years old and above.

Most of the time, a cough headache is nothing serious — as a proof, it goes away on its own. There are instances, however, in which it lasts for a few minutes or sometimes a couple of hours. A harmless type of cough headache is also called by the experts as a primary cough headache.

However, there is a type of a cough headache that could be due to serious matters, and it’s what’s known as a secondary cough headache. Some of the reasons behind such include a problem with the shape of the skull, a defect in the part of the brain that controls balance (cerebellum), a tumor in the brain, weakness of a blood vessel in the brain, and leakage of the cerebrospinal fluid — the fluid around the brain and spinal cord.

According to those who experience a cough headache, the kind of pain brought about by coughing or straining has a sharp or stabbing quality to it. Both sides of the head are affected, although it’s not unlikely for the pain to be more intense at the back of the head. The pain shows up as soon as the person coughs or strains, and goes away immediately. However, there are cases in which the pain lasts for a few minutes to a couple of hours.

The same symptoms are experienced by those who are experiencing secondary cough headaches. However, they may have additional symptoms such as dizziness, unsteadiness and even fainting.

Experts say that primary cough headaches do not usually require a solution — they tend to go away on their own once the coughing or straining is done. However, some doctors may recommend non-steroidal anti-inflammatory drugs (NSAIDs) to help deal with cough headaches that tend to last for several minutes or hours.

However, it’s important to note that primary cough headaches are really rare. In fact, it is estimated that they affect less than 1 percent of the entire population.

Because of this, someone who complains of a headache after coughing or straining is usually advised by his or her doctor to undergo further testing since there is always a possibility for the problem to be a secondary cough headache, which is a serious matter compared to a primary cough headache.

It’s not unlikely for the individual to be asked to undergo an imaging test such as magnetic resonance imaging (MRI) or computerized tomography (CT) scan to have the various structures in the head investigated.

A Medication for an Eye Problem May Solve Obesity 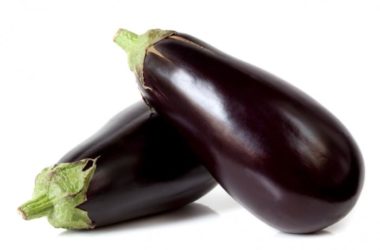 Related to other nightshades such as potatoes, bell peppers and tomatoes, it’s plain to see that eggplants are… 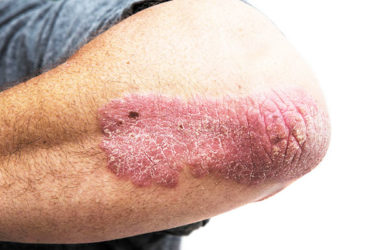 Foods to Avoid If You Suffer From Psoriasis

Stress, too much sun, exposure to cold and dry air, cigarette smoking, infections, intake of certain medications, having… 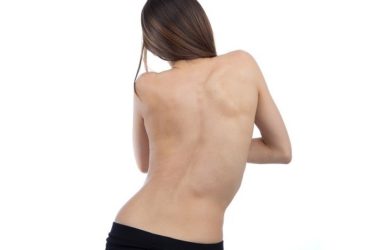 Scoliosis is a condition characterized by an abnormal curvature of the spine towards one side. This spinal deformity…