Deadlift is a weight training exercise, which involves the usage of a loaded barbell. The person keeps a neutral spine and a braced core as he lifts the barbell from the floor. The exercises stands as one of the three powerlifting exercises, with the bench press and the squat as the other two.

The concept behind the term “deadlift” is the process of lifting dead weight, which means without momentum. A case in point is a set of weights lying on the ground. Most athletes are aware that there are two positions a person can do in performing the deadlift. The first one is the conventional deadlift while the other is the sumo-deadlift. In general, the exercise applies two phases, the eccentric phase or lowering of the weight, and the concentric phase of lifting of the weight.

The deadlift is usually included in the back workout, along with the lats pulldown, barbell row, dumbbell row, cable row, and pull-ups. Since it involves the back, where the vertabrae that houses the spine is located, it is important to execute the procedure with proper form; otherwise, the person will be at risk for injury, particularly spinal injury. Since the spinal cord is cradled in the vertebral column, damaged caused by deadlift or other exercises would be very harmful for a person.

According to Body Building, the deadlift begins with the barbell on the floor. The person stands with his mid-foot under the bar, but he does not touch it with his shins. The person should have a hip-width stance, with the toes at a 15-degree angle. Then, the bar is grabbed while keeping a narrow, shoulder-width apart. The arms should be vertical from the anterior or front view while hanging just outside the legs. After that, the person bends his knees and keeps going until the shins touch the bar. However, it is important not to move the bar and it should be kept over the mid-foot. Then, the back is straightened while lifting the chest. During the movement, the bar is not moved and the hips are not dropped. As the person pulls the weight, he takes a deep breath, holds it, and stands up. The bar is kept against the legs, but it is important not to shrug or lean back at the top.

As per Strong Lifts, the deadlift has finished when the person has locked his hip and knees and brought back the weight to the floor by pushing his hips back first. Then, he bends his legs once the bar reaches his knees. A point to consider is not to bend the knees; otherwise, they will hit the bar. Also, it is important to rest for a second prior to doing the next repetition. The weight should not be bounced off the floor and the repetition should come from a dead stop.

A neutral back is the key in performing the deadlift. This means that the lower back is kept in natural arch. It should not be let round; otherwise, the front potion of the spinal discs will be compressed. Likewise, the lower back should not be hyperextended, since there is a potential for injury of the back part. It should be kept in mind that arching or rounding of the back during heavy deadlifts will lead to spinal injuries, such as herniated discs.

Overall, a good form in performing the deadlift means a string back. This means that a neutral back allows the muscles surrounding the spine work hard. Thus, the heavier the weight that a person deadlifts reflects the strength boost that the core muscles will receive.

Your eyes are watery. Your lips feel tingly. Your cheeks are blushing. Your ears feel like they’re pulsating.… 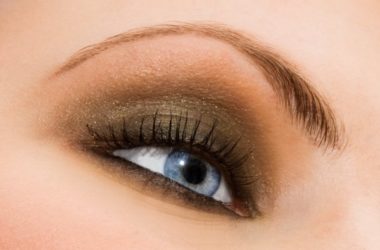 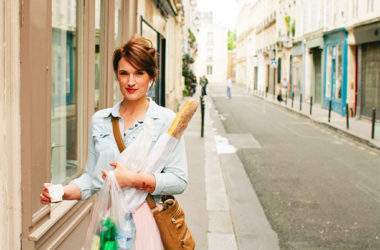 French women have this ability to look very much put together without any effort. Many magazines are graced…