Do You Have Lactose Intolerance? Read on to Find Out 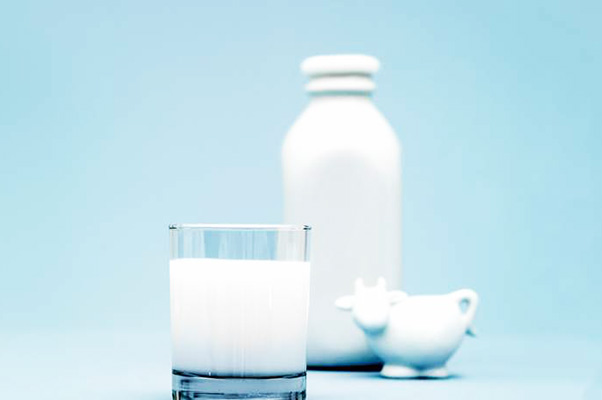 How to Put a Stop to Sagging Breasts Naturally

Foods to Eat by Someone Undergoing Chemotherapy

25 Habits Of People Who Are Happy, Healthy & Successful

If you tend to experience all kinds of unfavorable digestive issues a few minutes or hours after consuming milk or something that has milk in it, then this article is made especially for you. That’s because it’s all about lactose intolerance which you may have.

Below you will come across some of the most important things about lactose intolerance that can help you determine whether or not you may actually be suffering from it.

Make sure that you share this article on your various social media sites afterwards. Some of your family and friends may have lactose intolerance but don’t know it yet although they are wondering why they have a tummy ache, excess gas or diarrhea after having dairy.

Lactose is a Sugar

What makes lactose unique is it requires a special type of digestive enzyme in order for it to be broken down. The said enzyme is called lactase.

Insufficient Lactase is the Problem

Lactose intolerance is not really due to the presence of lactose, but the absence of lactase needed to properly break down lactose.

It goes without saying that people with lactose intolerance do not have enough lactase. This is a problem because lactose is kept from being broken down in the small intestines. When undigested lactose enters the large intestines, bacteria present in the said part of the digestive tract feasts on it.

Bacteria in the large intestines acting upon lactose are the reason why all kinds of digestive issues are experienced. Some of them include abdominal cramping, excess gas, bloating, diarrhea and nausea.

Symptoms Show After a While

The said unfavorable symptoms tend to be experienced by someone who has lactose intolerance show up about 30 minutes up to 2 hours after the ingestion of milk or any other food product that contains milk or is out of milk.

According to doctors, the severity of symptoms tend to vary depending on the amount of lactose in food as well as the amount of lactase the body of the individual is making. This only means that it’s possible for minimal symptoms to be experienced if the food does not have a lot of lactose in it. In fact, it is said that some people with lactose intolerance are able to consume up to 1/2 cup of milk at a time without experiencing any unfavorable digestive issue.

See also  How to Prevent IT Band with Stability Ball

Health authorities say that here are 3 main kinds of lactose intolerance, and each one of them is due to a different cause.

Unfortunately, there is no way to make the body produce more lactase naturally. Someone who has lactose intolerance needs to do some dietary changes in order to fend off the unfavorable digestive symptoms.

There is, however, an OTC lactase enzyme that may be taken prior to the consumption of dairy products. It comes in pill, capsule, chewable or drop form.

Comments
Sourcemilklife.com
Previous articleTips on How to Raise Your Productivity Levels
Next articleAllergic Rhinitis: It’s Not Just a Plain Cold

Benefits of Butterhead You Should Know About