There are people who wind up with facial reddening when drinking alcohol – some of them experience when enjoying lots and lots of alcohol, while others turn red when consuming just a small amount.

If you are one of these individuals, this article is written exclusively for you. Keep on reading to know some of the most important matters you need to know about blushing bright red when having alcohol, such as its causes, remedies and even dangers associated with it!

According to scientists, facial reddening due to alcohol consumption is a sign that you are sensitive to alcohol.

You can put the blame on the fact that your body is not able to efficiently deal with the toxic byproducts of alcohol metabolism due to the absence of special enzymes designed specifically to carry out such task of neutralizing poisonous substances that come into being after your liver processes alcohol.

When those toxins accumulate inside your body, blood vessels near your skin end up widened or dilated – this is what makes your face appear bright red when enjoying alcoholic beverages.

For many people, their faces turn red only after drinking excessive amounts of alcohol. However, there are also those who wind up blushing even after having just a small amount of it. Put simply, it all boils down to how sensitive an individual is to alcoholic drinks.

Rosacea is a Culprit, Too

If you are diagnosed with rosacea, then it’s not unlikely for you to also look red in the face after drinking lots or even a small amount of alcohol.

Put simply, rosacea is a condition in which the facial blood vessels expand unnecessarily, thus giving various parts of the face such as the cheeks, nose, forehead and chin a flushed appearance. Some people who are suffering from rosacea also end up having reddened ears, neck and even upper chest.

The trouble with rosacea is that it tends to cause other issues aside from reddening of the face. If you have this condition, you may also experience stinging or burning sensation, enlarged pores, acne-like rashes and eye irritation. Some individuals with rosacea develop a nose that’s swollen and bulbous after some time.

Drinking alcohol is not the only one that can trigger rosacea. Some other known triggers of it include stress, exposure to heat, and consumption of hot and spicy foods.

Perhaps a well-meaning friend or co-worker of yours who also blush after taking alcohol has recommended the intake of antihistamine (a drug taken for putting under control allergies) in order to minimize the embarrassing symptom.

However, it’s important to note that alcohol and antihistamines do not mix. One of the most common side effects of antihistamines is drowsiness or sleepiness – it’s exactly for this reason why some people who are experiencing insomnia or severe anxiety tend to pop OTC antihistamines in their mouths each time.

Taking antihistamines with alcohol, needless to say, can leave you feeling drowsier than usual!

You may be wondering if going for a non-drowsy type of antihistamine should do the trick. Well, you’re right – opting for it can help deal with facial flushing due to alcohol consumption without leaving you drowsier than normal, but still the fact remains that this will not really get rid of the problem. So in other words, you will still appear bright red once the drug’s active ingredients are out of your system or the next time you take a drink.

Some people whose faces turn red when drinking notice that the issue is only around when having red wine. There are those who confirm that it only happens when consuming white wine. Then there are also individuals who wind up blushing bright red only when enjoying hard liquor.

As you can see, facial flushing due to alcohol intake can be brought about by specific types of alcoholic beverages.

However, it’s important to note that there are also individuals who experience reddening of the face when drinking just about any type of beverage with alcohol in it.

We all know that excessive intake of alcohol can come with certain health risks, ranging from cirrhosis of the liver to heart disease. Unfortunately, numerous scientific investigations say that people who suffer from facial reddening when drinking are more susceptible to encountering the various health dangers of alcoholism.

For instance, some studies found out that individuals who blush when consuming alcohol tend to end up with higher blood pressure readings than those who don’t turn red.

Many studies have also linked alcohol sensitivity to the development of all kinds of cancer associated with excessive alcohol intake. Because the toxic byproducts of alcohol metabolism tend to stay in the body of a person who turns bright red when drinking, more damage to the cells and tissues could happen.

It’s for this reason exactly why it is a good idea for you to keep your consumption of alcohol in moderation (one glass for a woman pr day and up to two glasses for a man per day) if you are someone who easily ends up with a bright-red face when drinking. If you look flushed even when taking a small amount of alcohol only, consider giving up the beverage completely to fend off unnecessary blushing and associated health risks, too.

Morning Diarrhea: What You Need to Know About It 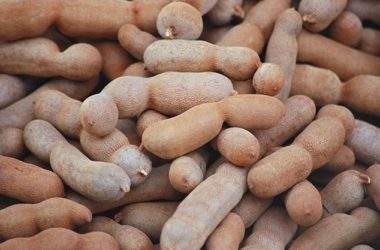 Tamarind trees, which are cultivated in South America, Asia and Africa, bear tamarind fruits. When ripe, they can… 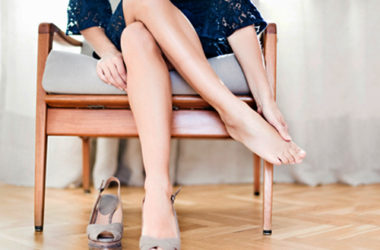 15 Home Remedies for Calluses and Corns

Your feet are a gift that you should cherish. It does nothing but keep you walking and standing… 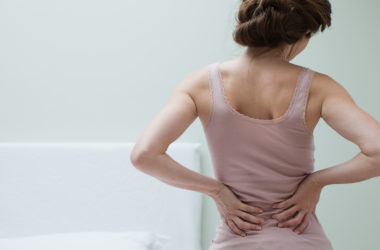