Along with the lat pull-down, barbell row, dumbbell row, and deadlift, the pull-ups is one of the most notable exercises for a thicker and wider back. However, not all people in the gym are able to perform it with proper form; thus, its benefit to adding mass and width to the back muscles is not maximized.

According to fitness trainer Sean Nalewanyj’s blog, the pull-ups might seem “dead-simple” at first, but most lifters in the gym made quite a few mistakes in doing the exercise, which decrease its effectiveness as a back exercise and heightens the risk of injury. While a person incorrectly executes the pull-up, it will still yield results; however, doing the routine correctly would maximize the activation and growth of the back’s latissimus dorsi while improving the person’s upper body strength.

Nalewanyj noted that the excessive use of momentum is one of the basic errors in doing a pull-up. This involves swinging the chin, torso, and legs forward and back to gain momentum prior to pulling with the arms. Other gym goers raise their knees toward their chest on the way up while others quickly drop back to the bottom position and use gravity before springing back upward again.

Doing the pull-ups in a partial range of motion is another error made by some gym goers. This will not allow the target muscle to be stimulated by deep stretches and contraction. Dropping the body like a dead-hand is also not advisable, since doing so could put unnecessary stress on the shoulders.

According to Nalewanyj, the pull-up should be performed under strict control, with minimal momentum. This suggests that the upper body and the legs should be kept stationary and the body is pulled upward in a straight line, plus a controlled negative for two to four seconds. Also, the person should do the routine with a full range of motion until the chin is just over or very close to the bar and lowers himself until the arms are short of being fully extended.

The following are the five simple steps in doing the pull-ups with proper form.

According to Strong Lifts, the person grabs the bar about shoulder width apart, with pams down. Then, the feet are raised off the floor by bending the knees and the person hangs with straight arms. After that, the person pulls himself up by pulling the elbows down to the floor while keeping the elbows close. Then, the body is pulled all the way up until the chin passes the bar. It should be noted that half-repetitions or half-reps are not encouraged. The routine ends with the person lowering his body all the way down until the arms are straight. The movement is done again for the prescribed number of repetitions.

As per the publication, one can do negatives if he still lacks the strngth to do one pull-up. This is done by getting the chin over the bar by standing on the bench or the safety pins of the weight rack. Then, he lowers himself slowly and then jumps up again for the next repetition. A resistance band can also be looped around the person’s leg to help him go up or he may ask someone to hold his legs. The publication added that assisted pull-up machines are not preferred as substitute for the pull-ups, since the best way to get stronger at pull-ups is to do pull-ups.

The difficulty of pull-ups is directly proportional to the weight of the person. This means that the more weight the person has to pull up, the harder the routine will be. It is a reason why gymnasts, who usually have slender bodies, have an advantage on body-weight exercises like pull-ups. While this is true, it does not have to prevent a non-gymnast to do the routine. 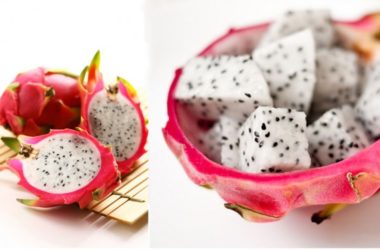 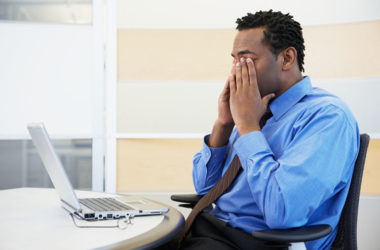 Does your work entail sitting in front of a computer for several hours? Then you must frequently experience… 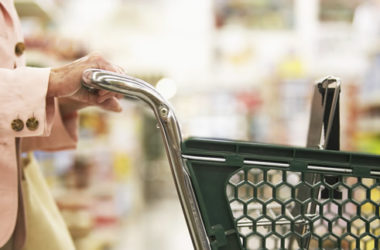 Are instant foods and prepacked foods harmful? You bet, they are. Ready-to-eat and ready-to-fry food packets, heat-and eat-products…