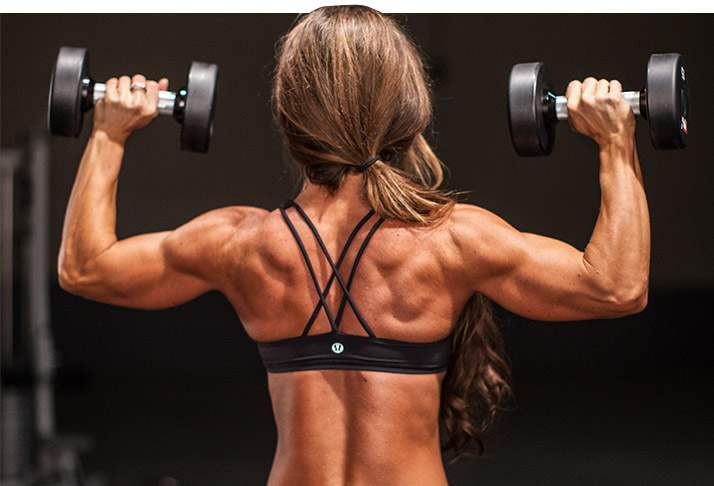 Can You Make Decaffeinated Coffee at Home?

The shoulder complex is one of the commonly trained muscle groups at the gym. Along with the aesthetics, a pair of well-trained shoulders provides strength during exercise. Also, it enables a person to perform his activities of daily living more efficiently. In line with shoulder development, the following are some exercises a person can perform.

The overhead press is one of the best dumbbell exercises for the shoulders, as it engages the three heads of the deltoids – the front or anterior deltoid, the medial or middle deltoid, and the rear or posterior deltoid. Thus, it helps a person achieve a pair of 3D looking shoulders.

According to Muscle and Fitness, the person stands with his feet apart. Next, he holds a pair of dumbbells with his arms bent. Then, he presses both dumbbells up, until the weights become overhead and the arms are straight. After that, the person pauses and then lowers the dumbbells under control back to the starting position.

As per the publication, a good practice to to keep the shoulder tucked down and back for more stability as the person presses the weights overhead. Also, the back is not arched too much to prevent injury. Moreover, the person should not also let his elbows flare out to the sides.

The front dumbbell raise, as the name implies, develops mainly the anterior or the front head of the deltoid. Some lifters give it the least priority, since the front delt is also engaged during the chest workout. As per Body Building, the person picks up the dumbbells and stands with a straight torso. Then, he lifts the left dumbbell to the front, with his elbow mildly bent and the palms of the hand facing down. Next, he proceeds to go up until the arm is slightly more than parallel to the floor. After that, the person pauses briefly, before lowering the dumbbell. The exercise is done for the planned number of sets and repetitions.

The side dumbbell raise is seen as one of the best exercises for the shoulders, as it hits the lateral head of the deltoid, which gives the overall width of the shoulder complex and the upper body. According to Ex Rx, the person grabs the dumbbells with his elbows mildly bent. After that, he bends over slightly, with his hips and knees slightly bent. Then, he raises his upper arms to the sides, until the elbows become shoulder height. The person maintains his elbows’ height more than or equal to the wrists, before lowering the weights. The exercise is done for the planned number of sets and repetitions.

The seated bent-over rear delt raise is another credible dumbbell exercise for the shoulders, particularly the rear or posterior head of the deltoid. According to Body Building, the person places the dumbbells then sits on the end of a bench with the dumbbells behind his calves. Then, he bends at the waist while keeping his back straight in order to pick up the dumbbells. Also, his palms should be facing each other as he picks them.

Once ready, the person lifts the dumbbells straight to the side until both arms are parallel to the floor, with the torso kept forward and the arms mildly bent at the elbows. A good practice is to breathe out as the person lifts the weights. Also, he avoids swinging his torso or bringing the arms back, rather than to the side. After a contraction, the person gradually lowers the dumbbells back to the starting position. The person repeats the exercise for the planned number of sets and repetitions.

People usually train the shoulders for both strength and aesthetics. Along with the aforementioned dumbbell exercises, total shoulder development can be achieved through proper nutrition and adequate rest.

12 Symptoms of Kidney Disease That You Must Know