Dyspepsia is characterized by an assortment of digestive problems such as stomach pain, excessive belching, too much gas, abdominal bloating, nausea and loss of appetite. There are a handful of conditions that can give rise to this uncomfortable experience, including acid reflux, stomach ulcers and gallstones. In some cases, a doctor may fail to identify something that can be blamed for the presence of dyspepsia.

Experts say that up to a quarter of the total population of the western world may suffer from it at any given moment. In other words, dyspepsia is a digestive issue that’s quite common. The primary cause of dyspepsia is said to be poor eating habits, such as consuming a lot of food or eating very quickly. There are instances, too, when the consumption of uncooked or poorly cooked food can be blamed.

There are certain drugs that may be prescribed for someone who is having a bout of dyspepsia. Some of them are those that are formulated to reduce stomach acids, while others are meant to regulate GI tract spasms. Then there are also some doctors who may recommend drugs that speed up the emptying of the stomach’s contents. Simply put, treatments for dyspepsia come aplenty, provided that the root cause is identified.

Certain home remedies are proven effective by some of those who are bugged by dyspepsia. In case you find yourself with the said GI problem, it’s a good idea to try some of the natural cures for dyspepsia discussed below.

Because lemon juice is capable of killing microbes as well as neutralizing toxins in the stomach, its consumption can be very helpful for someone who has dyspepsia. Lemon juice is also very good against nausea and loss of appetite, both of which can be caused by dyspepsia together with the other symptoms mentioned earlier.

Chew on a couple of anise seeds most especially after eating if you are prone to dyspepsia. That’s because they are known to help stimulate digestion, making sure that the stomach empties itself properly after a few hours.

So many people reach for a cup of freshly-brewed peppermint tea and slowly consume it to attain relief from dyspepsia. However, it’s not a good idea to take this minty tea if you are suffering from acid reflux or gastroesophageal reflux (GERD) as it may only end up aggravated.

If you don’t have access to fresh peppermint leaves or peppermint tea bags, simply make yourself a cup of ginger tea by allowing a teaspoon of grated ginger to steep in a cup of hot water for several minutes. Sip in order to attain much-needed relief from dyspepsia and also nausea that it usually comes with.

Go ahead and take a cup of turmeric tea. Experts say that curcumin found in turmeric stimulates the gallbladder, something that can cause dyspepsia if it’s not working optimally.

Rather than take yogurt only when dyspepsia is around, make it a habit to consume this healthy treat regularly. Live good bacteria in yogurt can help in keeping the gut healthy, thus reducing your risk of dyspepsia.

Snacking on a few carrot sticks in between as well as after meals can help fight off dyspepsia because it causes more saliva to be produced, which helps dilute acids in the stomach. What’s more, carrot sticks are also loaded with fiber, making sure that impurities in the GI tract are flushed out. Drinking carrot juice regularly is a good idea, too.

Last but not least, try consuming foods that contain a lot of garlic in them. The popular herb is said to help absorb toxins lurking in your gut. Also, garlic is very good at easing one of the symptoms of dyspepsia, which is excessive gas.

These Health and Beauty Perks of Vanilla Will Thrill You 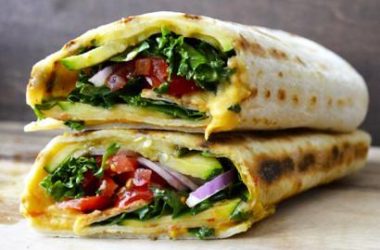 During the warm months, zucchini is almost always a staple at many farmers’ markets and grocery stores. If… 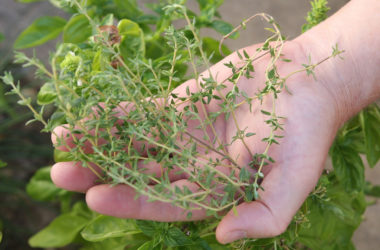 Make Time for Thyme: Health and Overall Wellness Benefits of the Herb

Thyme is an herb of many faces. It can be utilized as a natural remedy to various medical… 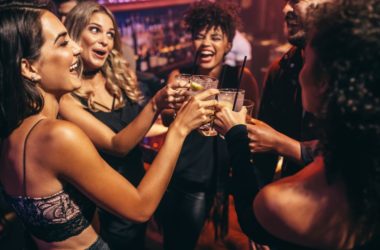